Sarah Fox is also the only single mom to serve on the Vancouver City Council. 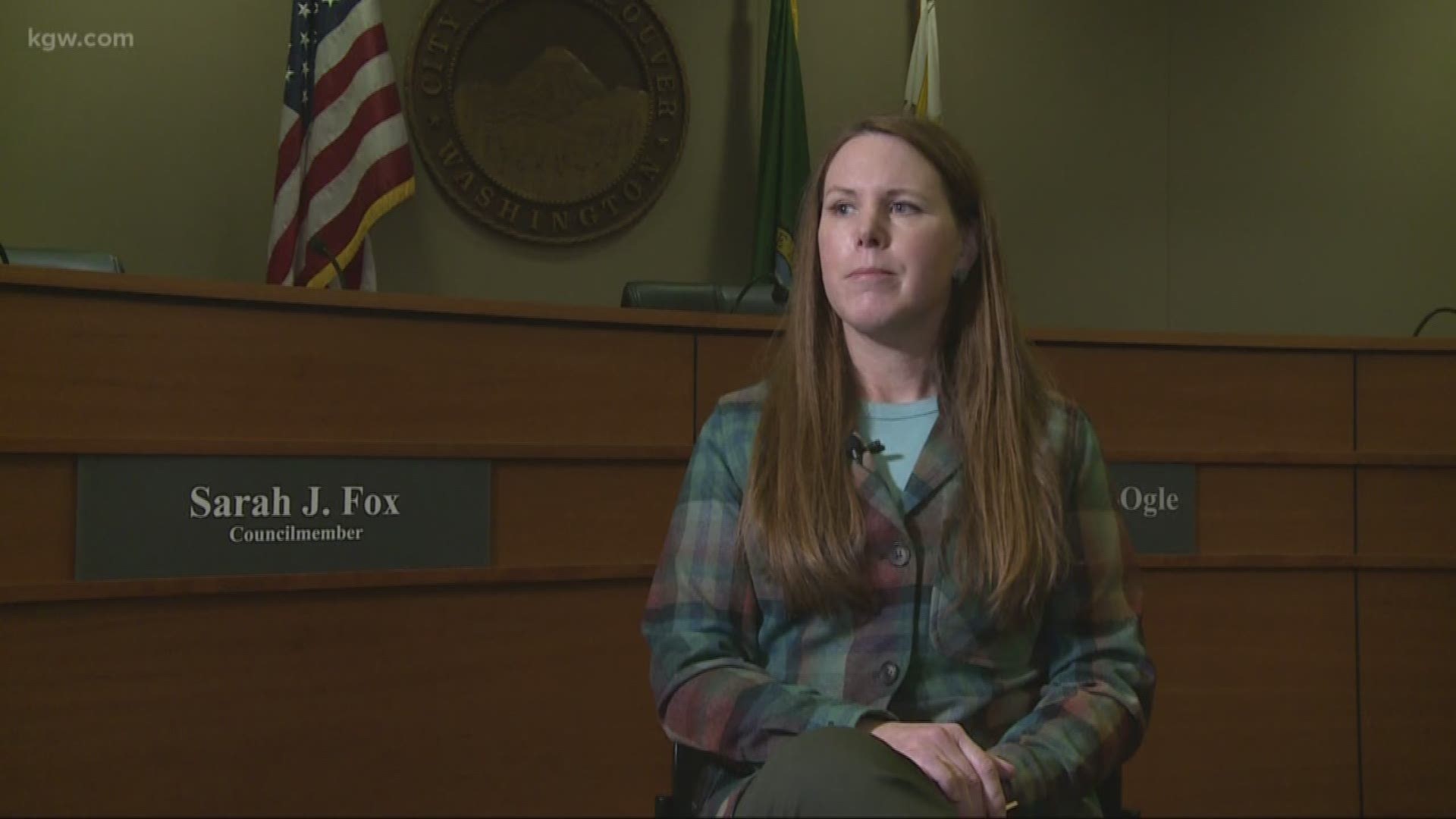 VANCOUVER, Wash. — Sarah Fox doesn’t consider herself a politician, but she’s thrilled to serve her hometown as the newest member of the Vancouver City Council.

“Let's see how many more voices we can add to the table, so that we're making more representative decisions,” said Fox, a single mother of two.

The new councilor has worked for the last 15 years as a city planner in Camas, Washington, focusing on long-range planning projects.

“We're looking at how the city will develop, consistent with a 20-year plan, even 50 years out," Fox said. "How do we balance jobs, housing, our environment, our parks?”

The Hudson’s Bay High School graduate is an Army veteran who studied Polish at the prestigious Defense Language Institute. Fox later received training to become an interrogator and was stationed in Germany for almost two years.

Following her active-duty service, Fox joined the Oregon National Guard, where she deployed to Bosnia in 1997 after the start of the Bosnian War.

“We served in Bosnia for a year, right on the border of Bosnia and Croatia. We were monitoring the roadways, clearing them for landmines, that sort of thing,” said Fox.

Her military service came at a time when women couldn’t serve outright in combat roles. She said she’s proud to be breaking barriers in local government.

“As a woman veteran, it's a little different, likely because we've overcome a lot of stereotypes throughout our careers in the military," she said. "I guess we're leveling the playing field, finally, with the first female veteran on city council."

On her list of priorities as councilor: creating more affordable housing in Vancouver while maintaining historic preservation.

“How do we increase infill housing, but also respect neighborhoods and their character and not make it look like what everyone fears, which is putting a huge high rise next to a little tiny house?” Fox asked.

She would also like to see more diversity in city government. Fox estimates that only 30 percent of appointed committees and commissions in Vancouver are made up of women.

"I think we really need to take a look at that, given that over half of our population is women.”

Fox said it comes down to accessibility, especially for moms, which she hopes to improve.

“Some of my suggestions include holding our committee meetings at local community centers where there are already childcare facilities there,” she said.

Fox credits her success to her children and family, who help her balance work and home life. And she hopes her story encourages other moms to get involved in local government.

“When you give yourself a little grace not to be perfect in both of those worlds and you allow yourself to volunteer for a group, and when you show up at that group, you tell them what your limitations are. You don't have to be 100 percent of everything,” said Fox.

RELATED: How to register to vote in Oregon and Washington for the 2020 election