Sens. Jeff Merkley and Ron Wyden, along with Reps. Suzanne Bonamici and Earl Blumenauer, visited the Sheridan Federal Corrections Institution where 123 immigrants are reportedly being held. 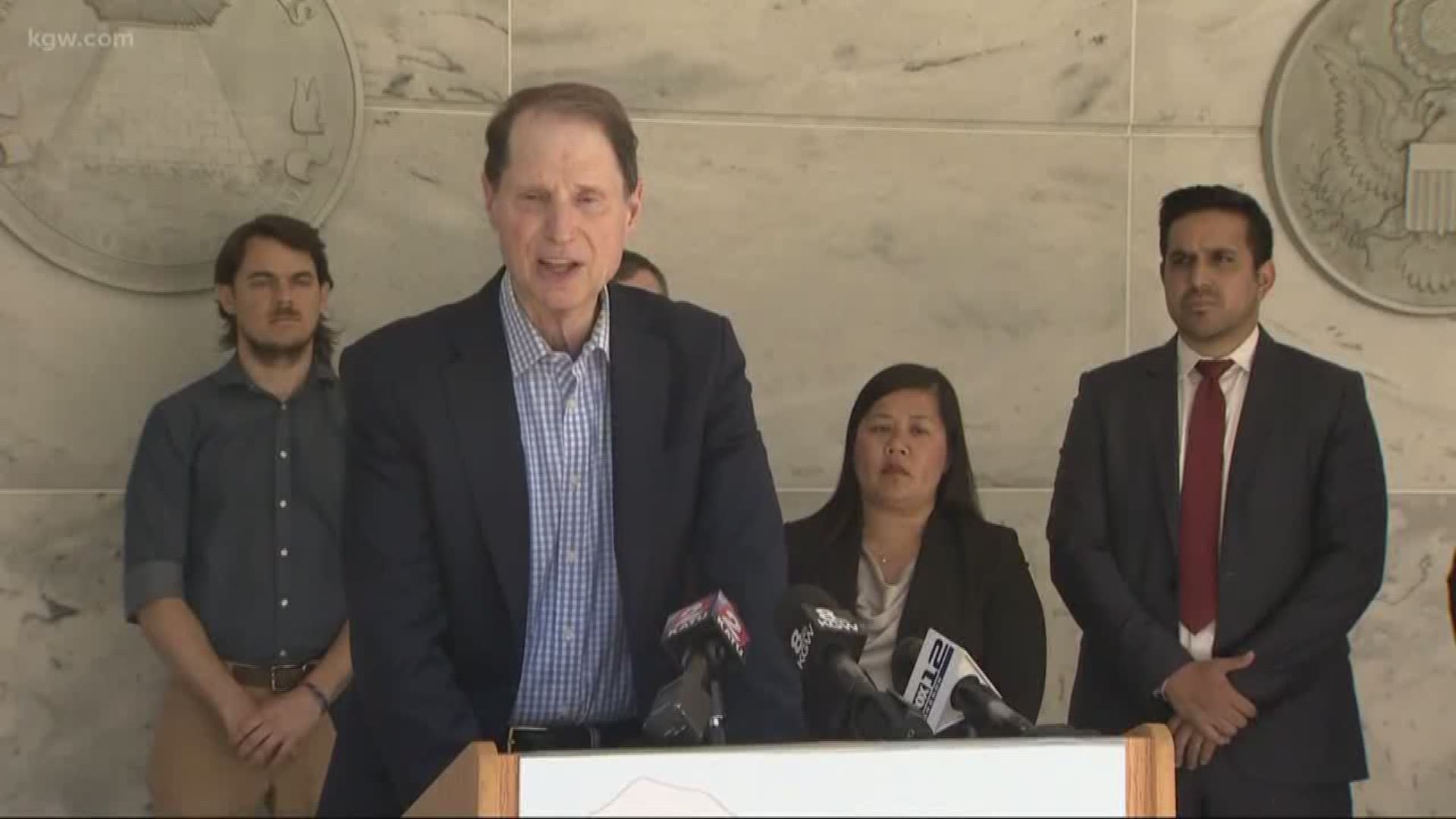 SHERIDAN, Ore. -- Nearly two weeks after he was refused entry to an Immigrant Detention Center in Texas, an event that was broadcast live on Facebook, Oregon Sen. Jeff Merkley and a few of his colleagues visited a federal prison where undocumented immigrants are reportedly being detained under the Trump administration’s “zero tolerance policy."

The administration is sending more than 1,600 immigrants — including some parents whose children were taken from them by U.S. officials — to federal prisons because other jails lack space. Authorities say the immigrants entered the U.S. illegally.

Sen. Merkley, along with Sen. Ron Wyden, Rep. Suzanne Bonamici and Rep. Earl Blumenauer, on Saturday traveled to the Sheridan Federal Corrections Institution in Oregon where 123 immigrants are reportedly being held. The Oregon Democrats also talked with some of the people being detained in the facility.

An attorney seeking to represent the detainees says they have been denied access to lawyers. However, Carissa Cutrell, a spokeswoman for Immigration and Customs Enforcement, said the agency is working to ensure that detainees have appropriate access to lawyers.

Merkley said, through translators, he talked with immigrants from China, India, Honduras, Brazil, Nepal, and Mexico. He said most of them were seeking asylum but had no chance to speak to a lawyer, and did not know what the next step will be.

"They're basically in limbo not knowing what's going on," Merkley said.

"I'm walking away with a sense that on a number of the key issues, detainees' rights are rights in name only," he said.

In the last six weeks, nearly 2,000 children have been separated from their parents while crossing into the U.S. from Mexico.

But Wyden said detainees must pay to make a phone call in the prison, and many don't have the money or information to do so.

“The detainees are largely lumped together then dumped in a prison as one of them said…he was essentially incommunicado," he said.

Bonamici echoed Merkley's sentiment and said many of the people she talked with were fleeing violence and persecution.

"What they should be getting is a hearing and an opportunity to present their case," Bonamici said.

Blumenauer, fighting back tears, was emotional in his response to the Trump administration's immigration policy.

"It's abhorrent...nobody should treat children like that," he said.

"Persons who violate the law of our nation are subject to prosecution. I would cite you to the Apostle Paul and his clear and wise command in Romans 13 to obey the laws of the government because God has ordained them for the purpose of order," Sessions said.

Merkley said he spoke with Sessions earlier in the week and conveyed his concerns. He said he will visit the Mexico-Texas border on Sunday. He hopes Congress passes legislation that ends the policy of separating children from parents.

All four legislators said they believe people are appalled by the separation of children and parents, and change will come.