The 2010s: Top 5 Oregon politics stories of the past decade

The state of Oregon pushed forward on social issues like gay marriage and the legalization of marijuana, the state also became a hotbed for political unrest. 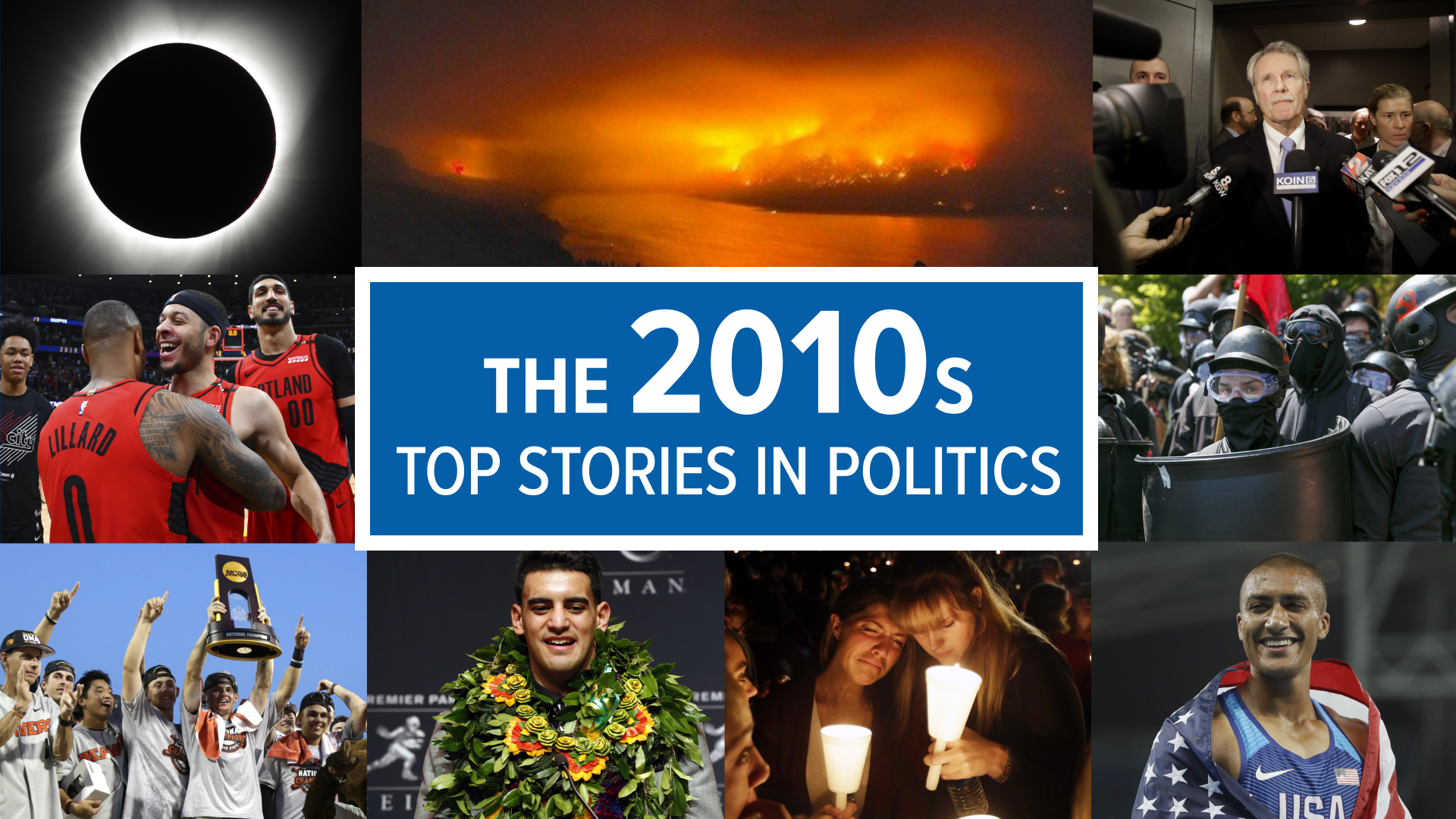 PORTLAND, Ore. — During a decade when the state of Oregon pushed forward on social issues like gay marriage and the legalization of marijuana, the state also became a hotbed for political unrest, particularly in Portland.

In no particular order, here are some of the top political stories in Oregon from 2010-2019.

In May 2014, U.S. District Judge Michael McShane overturned Oregon's ban on gay marriage, finding the ban in violation of the Equal Protection Clause under the U.S. Constitution. A year later, the U.S. Supreme Court struck down bans on same-sex marriage in all 50 states. (May 19, 2014)

Oregon's longest serving governor stepped down after allegations that Kitzhaber and his partner Cylvia Hayes had used their positions for personal gain. The ethics concerns stemmed from Hayes' work as a consultant. Kitzhaber became the first Oregon governor to resign due to a scandal. (February 2015)

Oregon voters said yes to Measure 91 by a vote of 56% to 44%, legalizing recreational uses of marijuana. As of 2019, there are hundreds of licensed marijuana dispensaries in the state of Oregon. (Measure 91 passes on ballot in November 2014. Recreational marijuana possession and use becomes legal on July 1, 2015)

Anti-Trump protests: Following the result of the 2016 Presidential election, nearly 4,000 demonstrators took to the streets in protest. What started as a peaceful protest soon escalated, as vandalism and property damage occurred. Portland Police publicly declared the situation a riot. (Nov. 10-12, 2016)

Women's March on Portland: The day after President Trump's inauguration, an estimated 70,000-100,000 people took the streets in support of women's rights. The march was one of the largest public protests in Oregon history. (Jan. 21, 2017)

RELATED: As it dissolves, Cover Oregon losses $310M and rising

Often cited as the worst online marketplace in the nation, "Cover Oregon" was supposed to help Oregonians and small businesses purchase health insurance at subsidized rates, but the website never worked. After spending millions of dollars developing the program, the state abandoned the project in March of 2015. (October 2012)

RELATED: The 2010s: Top 5 Oregon viral moments of the past decade

RELATED: The 2010s: Top 5 Oregon nature stories of the past decade