About a dozen teachers convened Tuesday morning at the Oregon Capitol to oppose Senate Bill 1049, which they say will siphon money from their retirement accounts. 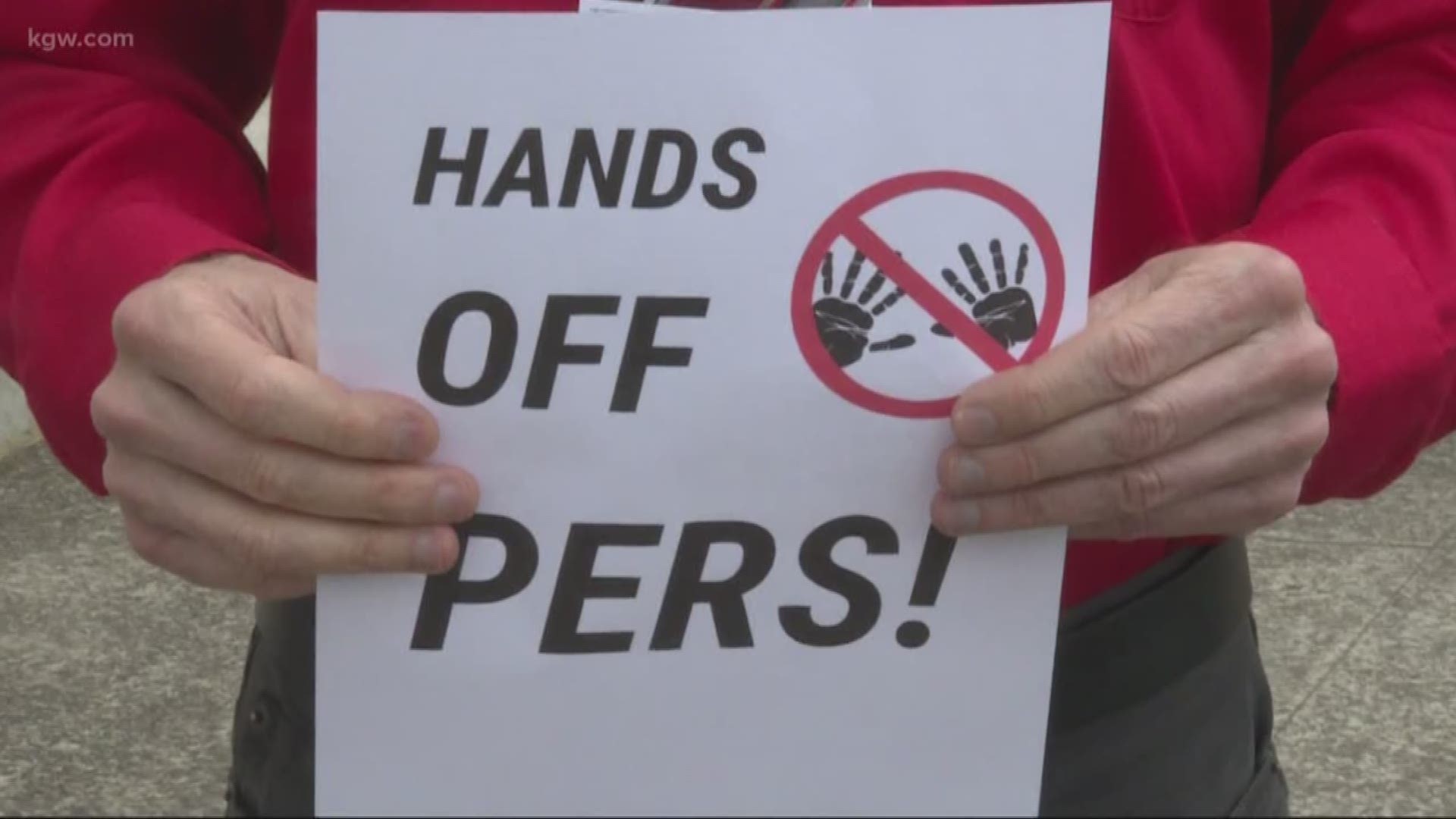 SALEM, Ore. — About a dozen teachers convened Tuesday morning at the Oregon Capitol to oppose a piece of legislation they say will siphon money from their retirement accounts.

State lawmakers are considering Senate Bill 1049, which would divert retirement contributions from the accounts of public employees to help pay down the public employee retirement system's $27 billion debt. If the bill is signed into law, most public workers would see a 1-2% reduction in their overall retirement benefits, according to Oregon Public Broadcasting.

The bill passed the Senate on May 23 in a narrow 16-12 vote, with three Republicans joining 13 Democrats in voting for the bill. Tuesday was the first reading in the House, and a floor vote is expected sometime this week.

Teachers, union officials and others who oppose the bill say it unfairly targets public employees. They've also expressed concern that if the bill passes, it would pave the way for future lawmakers to make similar benefit cuts.

Credit: Christine Pitawanich, KGW
Teachers rally against a PERS reform bill on the steps of the Oregon Capitol on Tuesday, May 28, 2019, in Salem, Oregon.

The activists at the Capitol on Tuesday made a stand inside House chambers, unfurling a sign that read, in part, "NO CUTS TO PERS," but the sign was immediately ripped down.

Rep. Chris Gorsek said he understands that the PERS debt is a serious problem, but thinks this bill is the wrong solution.

"We know we have a serious problem. I don't think anyone doubts that. But I oppose this bill, mainly because ... it impacts public employees," Gorsek said. "I think there are other ways to get there without using public employees."