While comments on both sides were strong, many social media users were in favor of the Republicans' move to leave the Capitol. 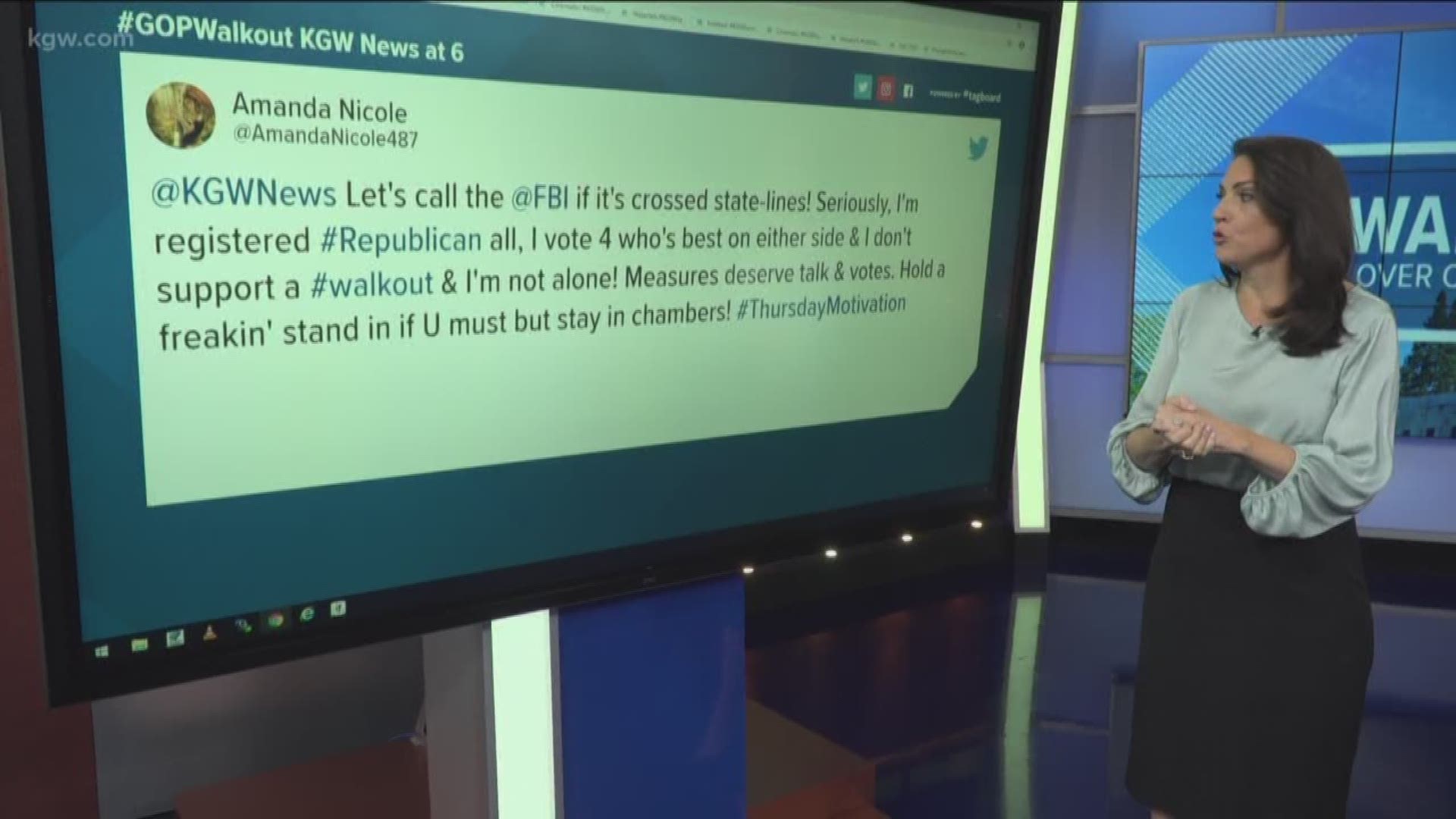 SALEM, Ore. — Social media was filled with reaction to the GOP's decision to walk out of Salem over the cap-and-trade bill.

Gov. Kate Brown on Thursday authorized Oregon State Police to round up GOP senators who staged a walkout in protest of the cap-and-trade energy conservation bill.

"The Senate Republicans have decided to abandon their duty to serve their constituents and walk out," Brown said in a statement.

A spokeswoman for Senate Republicans confirmed some members left the state because state police don't have jurisdiction outside Oregon.

Oregon State Police can force any senators they track down in Oregon into a patrol car to return them to the Capitol.

OSP said Brown has authority under Oregon law to direct the agency to provide assistance with bringing back senators to the Capitol for quorum.

While comments on both sides were strong, many social media users were in favor of the Republicans' move to leave the Capitol.