As of Friday afternoon Shemia Fagan was ahead by .56%, or just over 3,000 votes. Hass announced he was conceding just before 1:30 p.m. 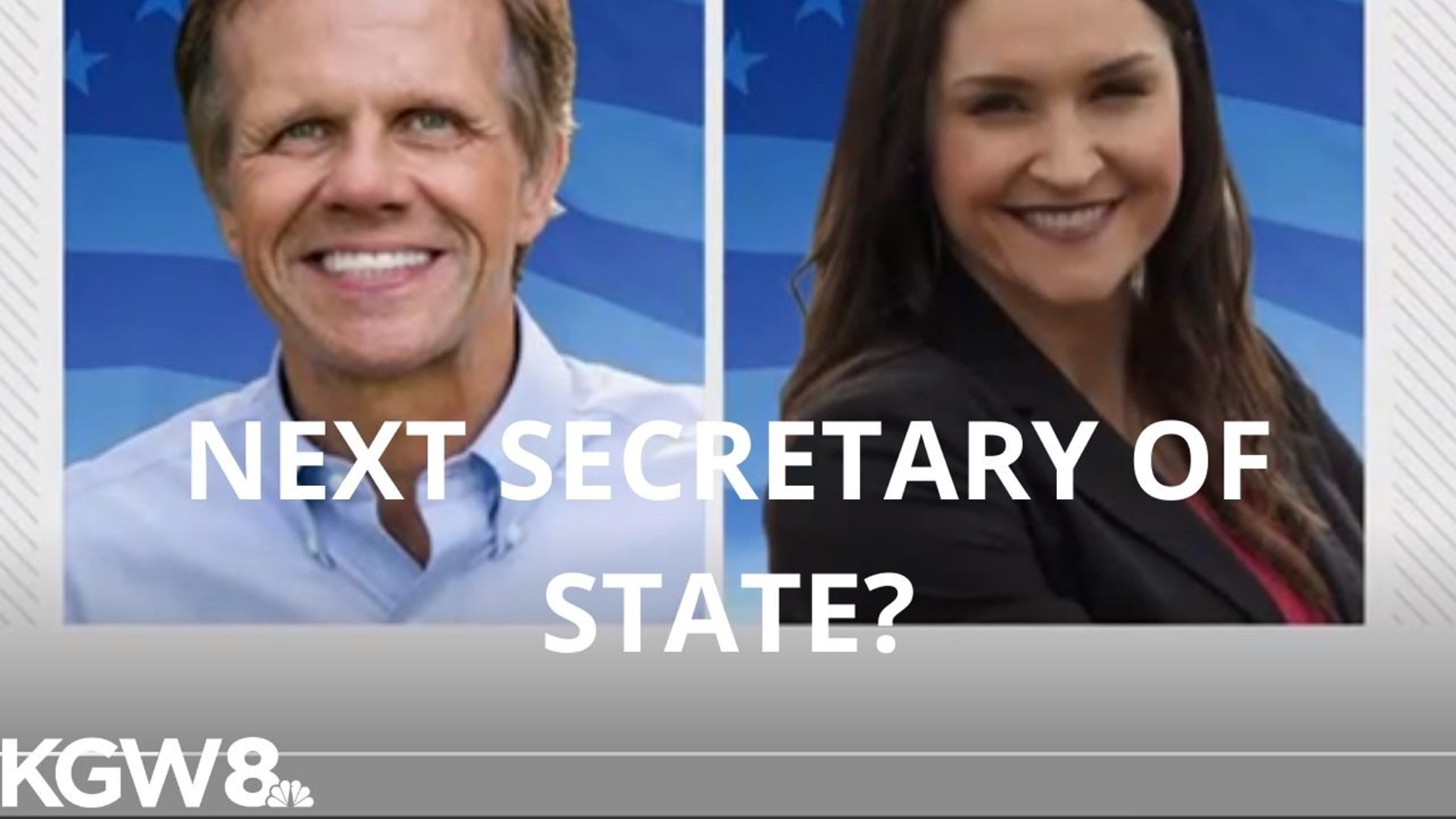 PORTLAND, Ore. — An extremely tight race unfolded for the Democratic nominee for Oregon's Secretary of State, as Shemia Fagan and Mark Hass exchanged leads for three days after the election.

On Friday afternoon, behind by .56 percentage point, Hass announced he was conceding in the race.

"It was an extremely tight race. In the end, I lost in double overtime," Hass said. "It’s OK. I’m at peace. I kept my vow to run a positive campaign, heavy on ideas and substance, light on politics. This was important to me."

Hass, a state senator who penned the Student Success Act, had a commanding lead Tuesday night, and the Oregonian/OregonLive called the race for him that evening.

As more votes were counted Wednesday, it became clear Fagan was gaining on Hass, and the Oregonian/OregonLive recalled its announcement, issuing a formal apology online.

Fagan, a civil rights attorney and also an Oregon state senator, was instead declared the winner by the news organization.

But the rollercoaster didn't stop there. An apparent glitch in reporting for Yamhill County votes led the Secretary of State's office to publish numbers showing Hass with a commanding 4-point lead.

The glitch was fixed by 10 a.m., and showed Fagan in the lead by about 2,000 votes. By Friday afternoon the lead had widened to more than 3,000 votes.

"It was a wild ride, with more twists and turns than a Spielberg movie," Hass said. "I congratulated Shemia––three days after she congratulated me. I wish her the best. I’m fortunate to count her and Jamie Mcleod Skinner as friends."

The race was highly competitive between Fagan, Hass and McLeod-Skinner, the third candidate who was defeated. It turned into a "soap opera," said KGW political analyst Len Bergstein, partly due to the Yamhill County miscount.

"Besides the soap opera and drama part of it there’s a certain irony in the fact that this is the secretary of state race," Bergstein said, "So the election officer charged with basically the integrity of the vote is the race in which there is a screw up in integrity of the vote."

Not only was the race tight but it occurred during an unprecedented election with the coronavirus distracting voters. Yet, Oregon voters had the benefit of voting by mail with postage already paid for this year.

Hass jumped into the lead in the beginning because his campaign started early and targeted people more likely to vote early. Bergstein says Fagan's later lead was spurred by her late-powered campaign.

"A lot of the early voting showed [Hass] in the lead because he had run that kind of campaign. Shemia Fagan was financed heavily by public employees unions and ran a very heavy advertising campaign toward the end and kind of caught up to Mark in terms of momentum of the race. Votes reflected that as they were tallied, the later votes coming in," Bergstein said.

"The surge at the end is more indicative of how much of an organized campaign you’ve got, how much people are pounding on people's doors or phones saying, 'Turn that ballot in'."

According to the Secretary of State's Office, an automatic recount is triggered when the difference in votes is one fifth of one percent. The race when Hass conceded was close, but not that close.

"Someone may request a recount regardless of difference in numbers but they would have to pay for it," a spokesperson said. But it appears that will not be the case.

RELATED: Results for the Oregon primary election May 19, 2020