Sam Adams on city council run against Chloe Eudaly: No one is entitled to their seat

Adams could have run for two open commissioner spots. But he chose to run against Eudaly, who called Adams' decision 'disappointing.' 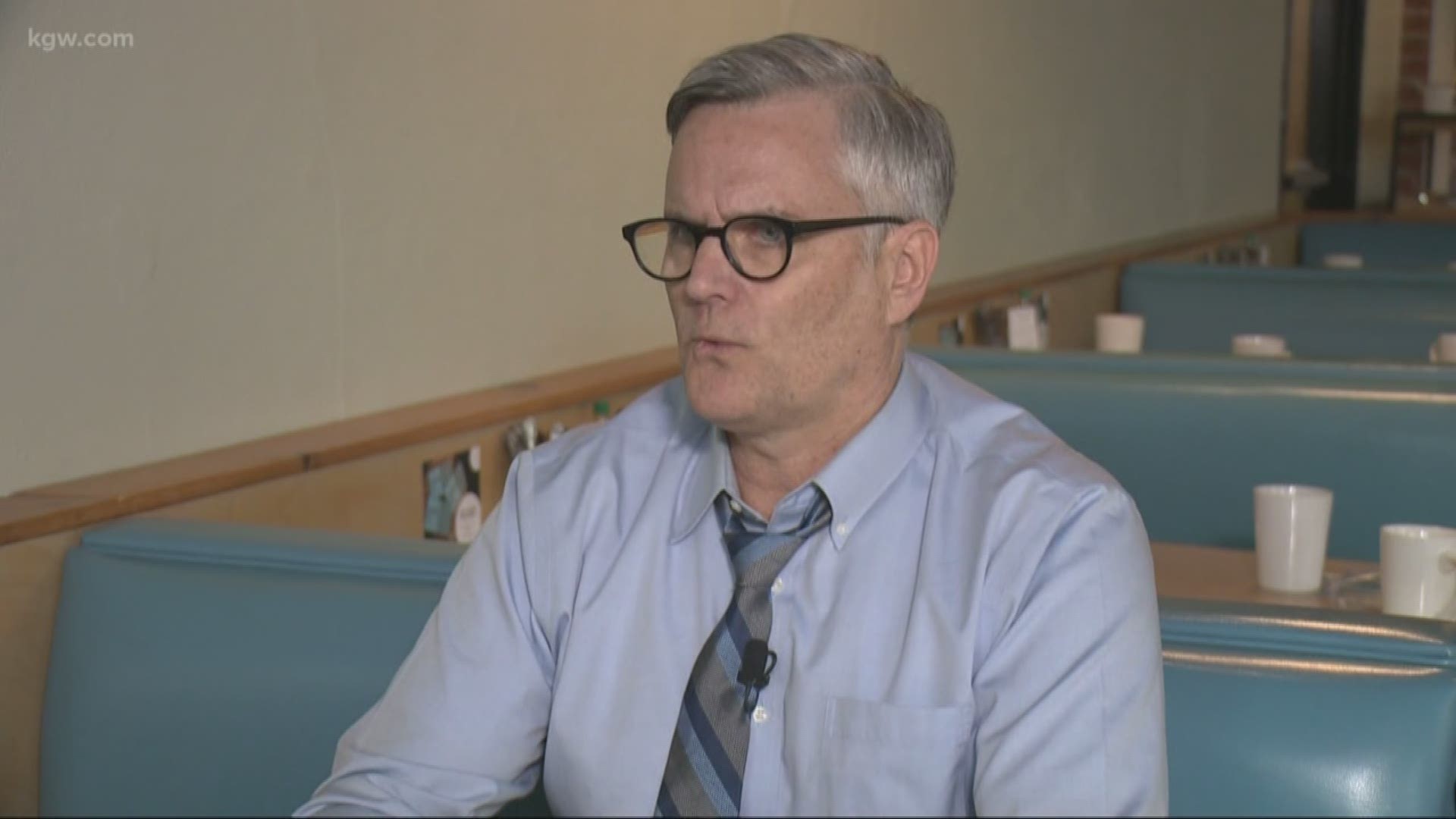 PORTLAND, Ore. — Former Portland Mayor Sam Adams has a long history with the city. He’s betting it will pay off in his campaign to become a city commissioner again.

“I have deep roots in this community, worked on a lot of issues all over town with a lot of people. That’s my style. And got more and more persuasive sort of pitches to run for office,” he said.

In 2008, he ran for mayor and won, making him the first openly gay mayor of a major city.

But scandal followed him into the office. He lied about having a sexual relationship with a young man named Beau Breedlove, then admitted it after the election and just before Willamette Week broke the story.

Breedlove said they'd started the relationship while he was still 17 years old, Adams insisted it only started when the teen was 18. The attorney general investigated but did not bring charges.

“Lying about having a relationship with an adult, that was dumb. But that was officially investigated for six months and I had no wrongdoing -- no legal wrongdoing on that,” said Adams.

Adams left the mayor’s office after just one term. He worked for the City Club of Portland, then took a job in Washington D.C.

But in 2017 he resigned from that job a month after his former executive assistant from his days in the mayor's office accused Adams of sexual harassment while he was mayor.

He insisted the two events were not connected.

“We can all be accused of something any time and the facts matter. And in this particular case the facts were reviewed by esteemed outside experts and they confirmed what I knew as a lived reality…that that didn’t happen,” he said.

Adams paid for the review out of his own pocket.

For the past two years Adams said he's worked in consulting and is now ready to dive back into to Portland politics and help the city with issues like homelessness.

He's running for the seat of commissioner Chloe Eudaly, who said by running for her seat, Adams threatens a future, progressive Portland.

“I’m surprised and I’m disappointed, frankly. We are poised to have the most diverse - progressive council that Portland has ever had and Sam had an opportunity to add to that and instead he's trying to subtract,” said Eudaly.

Adams countered that no one is entitled to keep their city council seat.