'A nice relief': No violence in Salem, state capitols despite FBI warnings

The FBI had warned about possible violence at the state capitols in all 50 states. Those warnings largely failed to come to fruition. 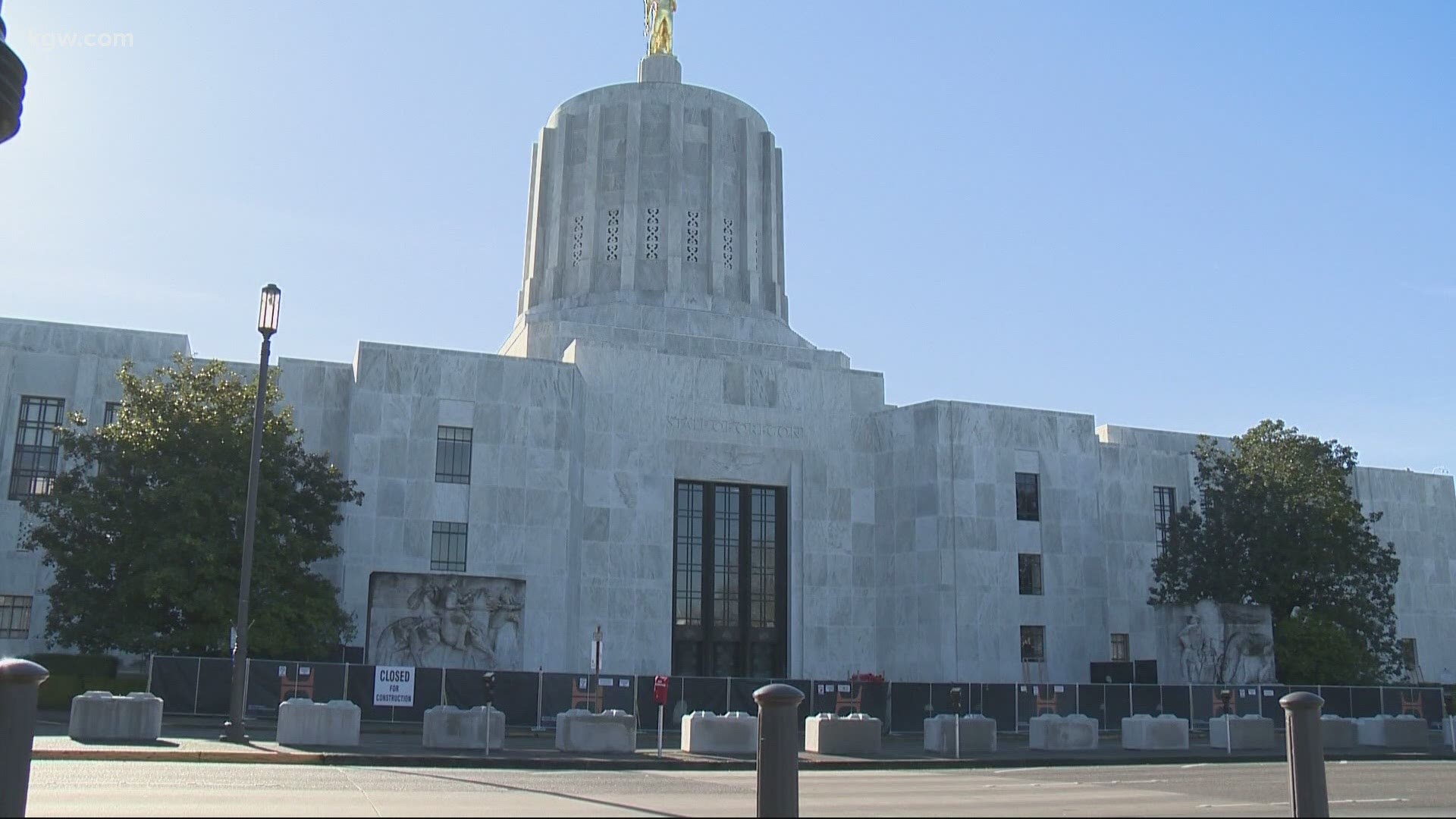 SALEM, Ore. — In Washington D.C. and at state capitols across the country, to say security was “tight” Wednesday would be a huge understatement. Leading up to now-President Joe Biden’s historic inauguration, the FBI issued warnings about extremist violence in all 50 states.

By Wednesday afternoon, it was clear those warnings largely failed to come to fruition. That was the case in Salem, where Oregon lawmakers last week gave Oregon State Police the go-ahead to put up fencing around the Capitol building, install concrete barriers and board up first-story windows.

Mike Ritter, who owns Ritter’s Housemade Foods which sits a few blocks from the Capitol, was glad the measures weren’t needed.

“It's been a nice relief. It has been a relief,” he said.

Ritter noted his customers and staff had a front row seat to last month's violence, when a group of far-right extremists forced their way into the building during Oregon's special session. It was the same story on Jan. 6, when a crowd gathered outside the state Capitol, seemingly in solidarity with the insurrection in D.C.

The warnings about more violence Wednesday frightened Ritter's staff and customers he said.

“Well, I'll tell you it's it was really concerning,” he said. “What I've gone into it really is just a contingency mode. We're going to do business as usual, but be ready to tailor the schedule throughout the day.”

The tailoring adds an extra blow to a business that’s taken a roughly 70% hit in profits amid the pandemic, Ritter said. And he knows he’s not alone.

Earlier this week, KGW talked to Jonathan Jones, the owner of Epilogue Kitchen and Cocktails in Salem. He told the Washington Post members of the far-right group the Proud Boys, in Salem for these rallies, have harassed him and vandalized his business.

And NBC News reports small businesses in the nation's Capitol are also struggling to survive amid threats of more violence there.

On Wednesday afternoon, Ritter was hopeful that the fear is subsiding.

“With time, things turn to normal. People are really resilient. Our customers are super resilient,” he said.

Helping matters, he noted, is the news that Oregon lawmakers will be in Salem Thursday morning to begin a new legislative session. The kickoff comes after lawmakers delayed the session by two days, to avoid possible clashes with extremists.