Teachers throughout Oregon left their classrooms behind to attend rallies asking the Legislature for stable, adequate school funding. 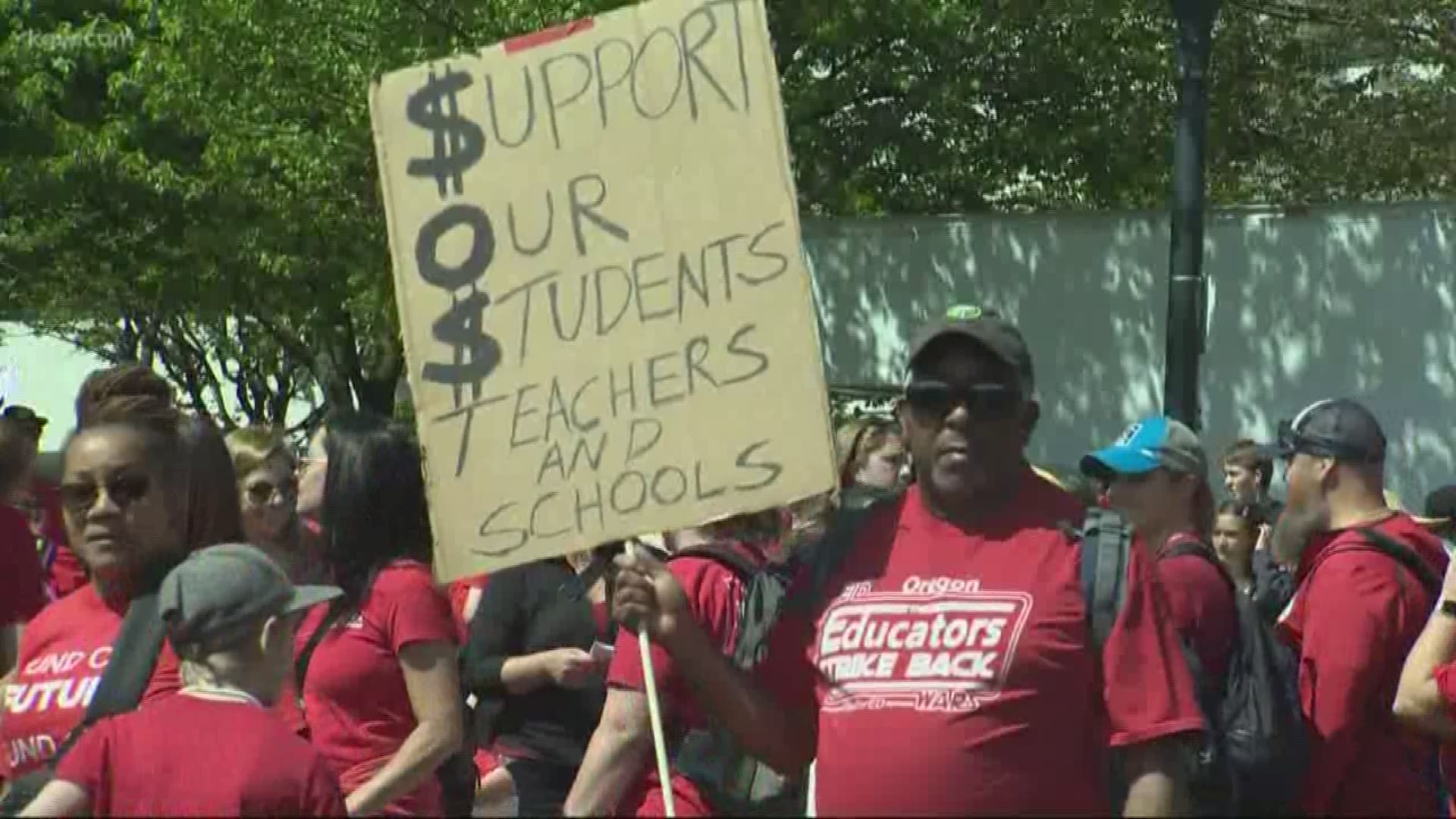 A walkout and rally so large that a number of school districts simply shut down for the day started early on Wednesday, with teachers holding placards in visible morning commute locations.

Massive rallies and marches were planned for Tom McCall Waterfront Park and the capitol building in Salem. 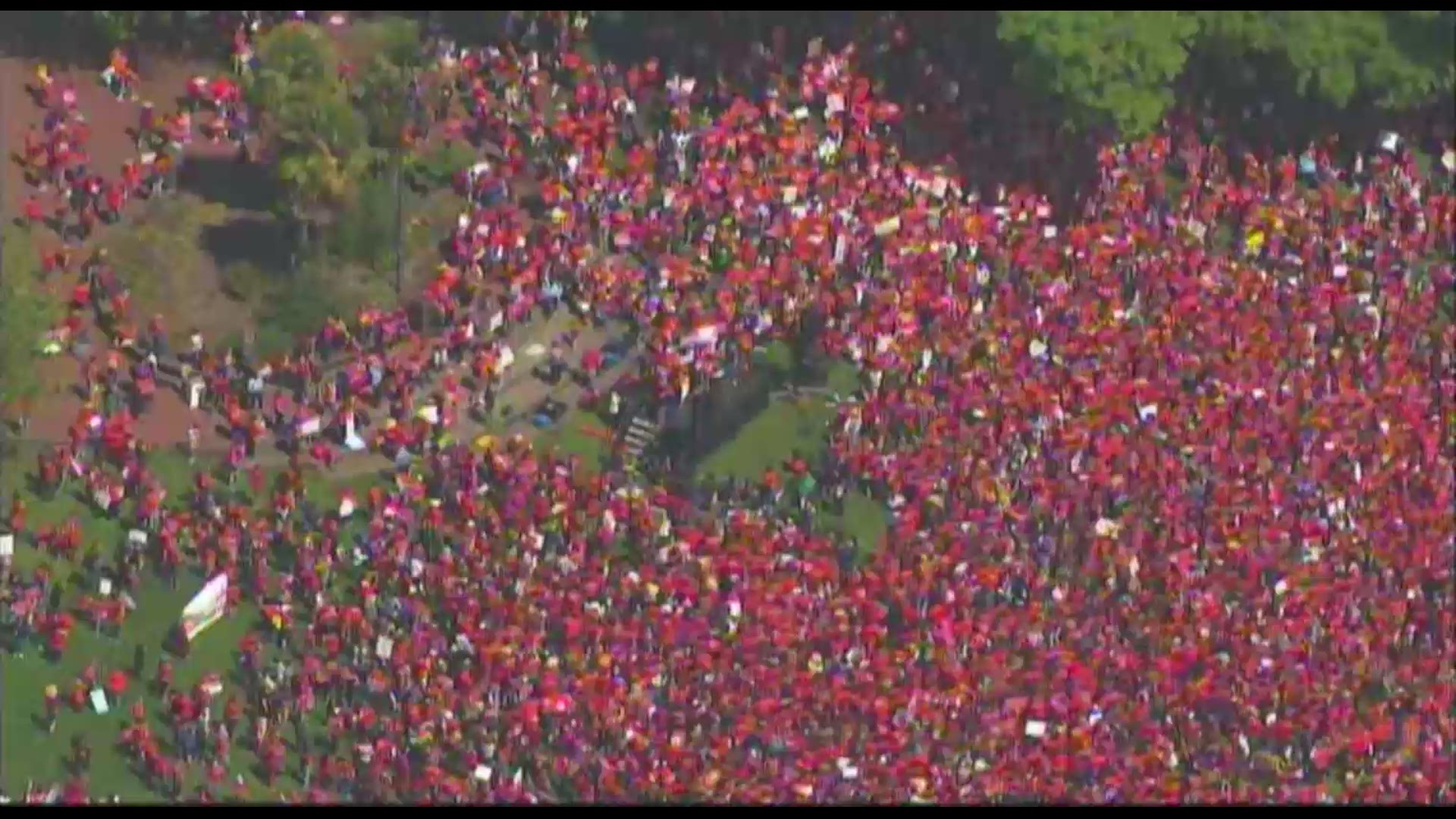 Teacher walkout: Everything you need to know

The first teacher teams can be seen over a Portland-area overpass. 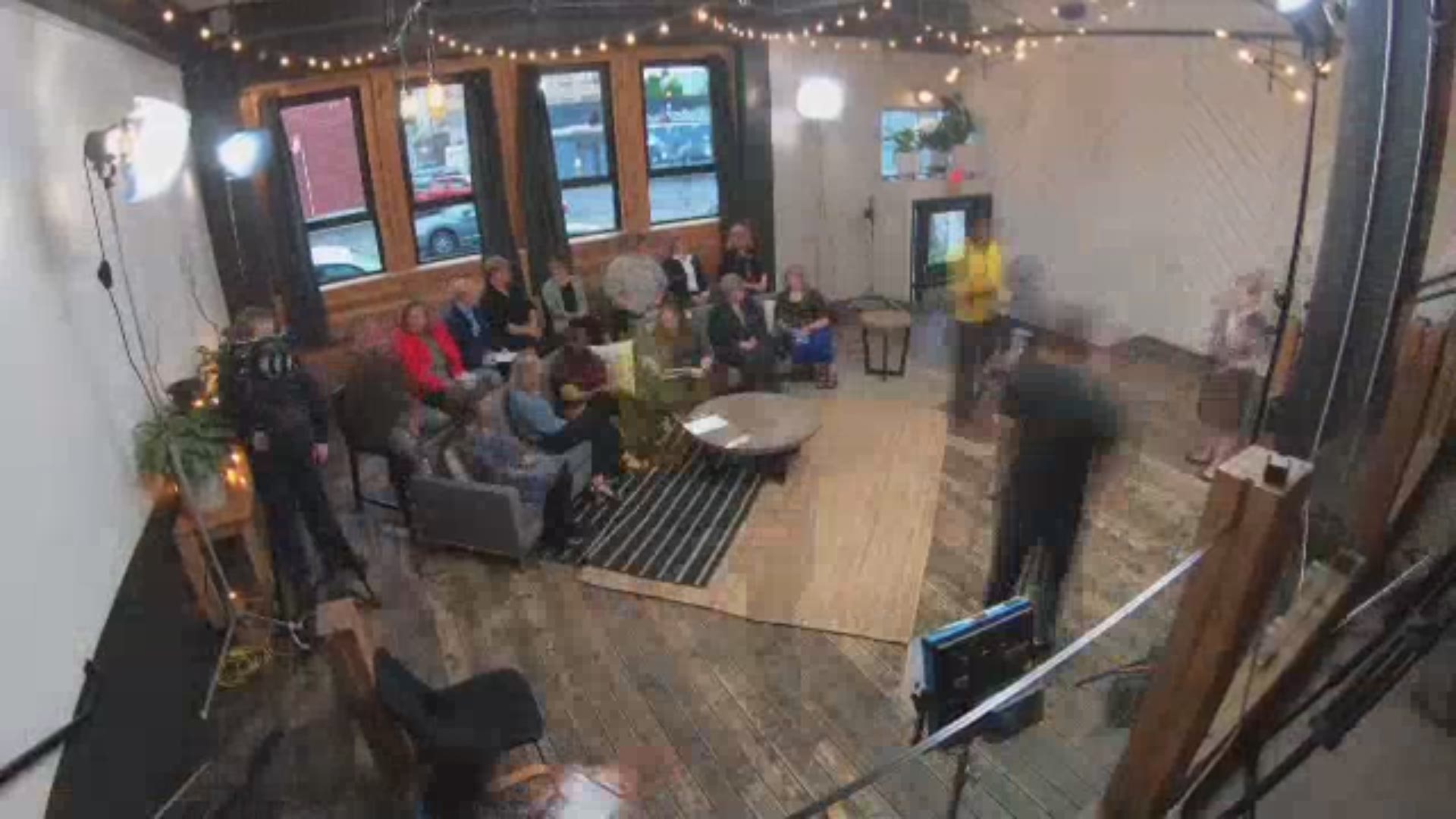 Drivers passing by honked to show their support.

Tim was also in Beaverton where teachers and others gathered at the corner Cedar Hills and Walker Road.

Morgan Romero headed out to Waterfront Park where almost 20,000 Portland teachers and supporters rallied for education.

It was a large turnout in Portland.

"We are literally paying to be here. And it's worth it!" wrote a Beaverton School District psychologist on their sign.

"Pencils down. Voices Up" wrote a Beaverton School District student out supporting teachers and staff in downtown Portland.

RELATED: Oregon teacher walkout: Everything you need to know

RELATED: Teachers and parents prepare for the educator walkout across Oregon