The request for Oregon State Police to round up state legislators has been made before, but it's a rare step. 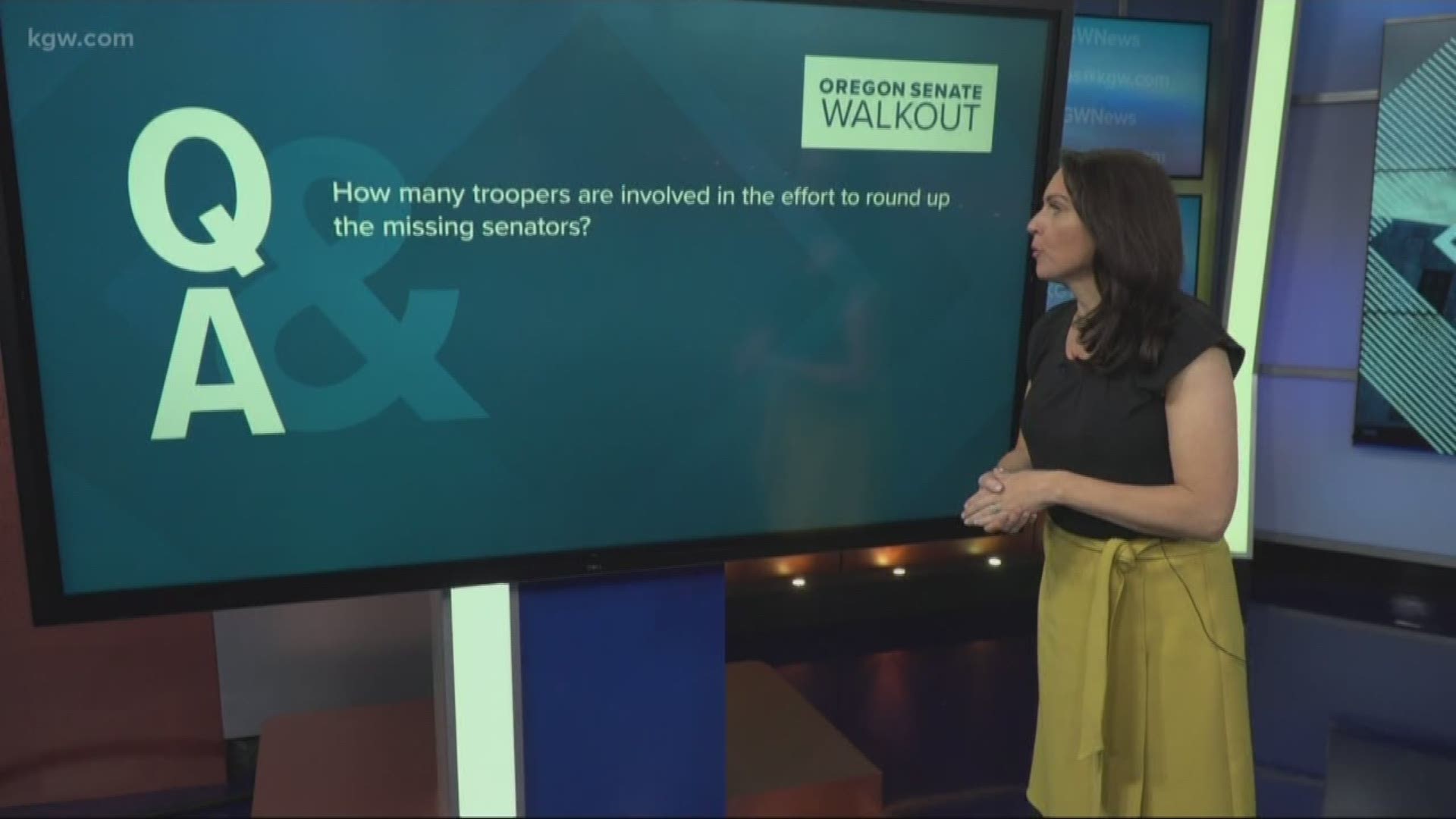 In order to get a quorum, Brown took the rare step of directing OSP to provide assistance with bringing senators back to the Capitol.

Friday morning, the agency was mum on the details of bringing back senators.

In a prepared statement, the OSP said the governor's directive has not affected responses to emergency calls. No senators have been brought back to Salem by troopers, it said.

Several senators have been in contact with the OSP but the agency declined to comment further. They also declined to answer questions on the costs of the roundup or if other police department were assisting in the search.

Given the uncommon nature of the request, KGW asked OSP how the agency will go about finding senators, and potentially bring them back to Salem. Here's what Captain Tim Fox had to say:

Article IV, section 12 of the Oregon Constitution and Senate Rule 3.01(2) provides the Senate can compel the attendance of members to establish a quorum. The Oregon State Police, at the direction of the Governor, may assist the Sergeant-at-Arms by returning absent members. Under the authority of ORS 181A.090, (The state police, with the approval of the Governor, may be called upon by any other branch or department of the state government to enforce criminal laws or any regulation of such branch or department. [Formerly 181.050] ) Governor Brown directed the State Police Superintendent to attempt to return absent members.

How many senators and who has OSP contacted so far?

The agency has been in contact with several senators, the details will not be disclosed at this time.

How many OSP personnel and what resources are being utilized?

The OSP declines to address in-state and out-of-state resources at this time, in addition to technical mechanisms for investigative purposes.

The OSP will go to great lengths to avoid this scenario and no physical contact is permitted, absent the permission of the Superintendent of OSP.

Are out of state resources assisting OSP?

Is there a deadline or timeline on this?

In a press release on Thursday, OSP said it hopes to have a peaceful role in bringing the political standoff to an end.

“While we obviously have many tools at our disposal, patience and communication is and always will be our first, and preferred, option," OSP said.