In mayor's race, Wheeler and Iannarone explain how they would rejuvenate downtown Portland

Visit downtown Portland and you will see lots of boarded up windows. In fact, you'll see blocks of them. What the visual means depends on which politician you ask. 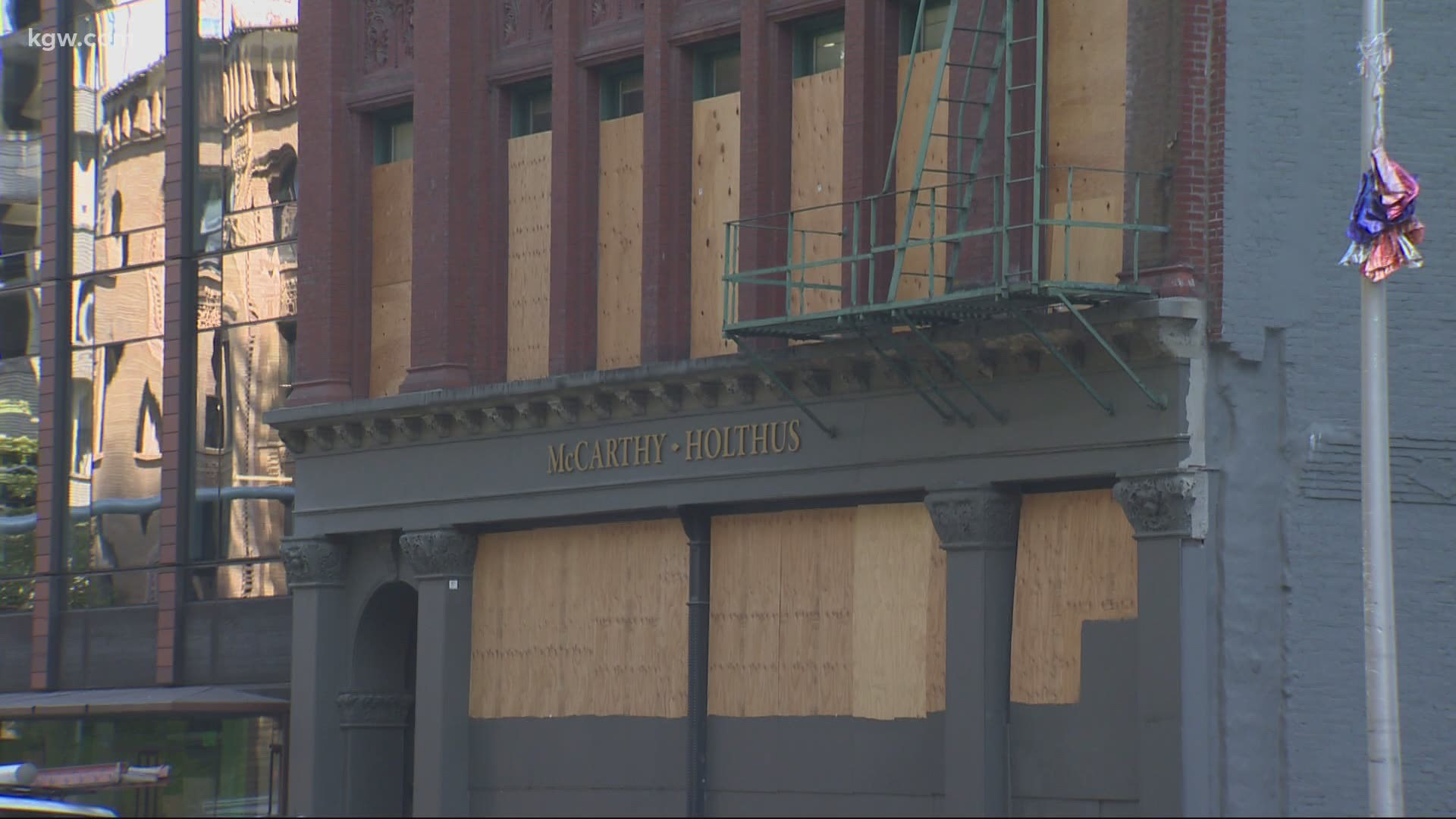 PORTLAND, Ore. — The two leading candidates to be Portland’s mayor for the next four years have different ideas on how to fix the city’s core.

Visit downtown Portland and you will see lots of boarded up windows. In fact, you'll see blocks of them. What the visual means depends on which politician you ask.

Portland Mayor Ted Wheeler, who is seeking reelection, said, “it is accurate to say that downtown is struggling, under the nightly violence, under the decreased economic activity as a result of COVID. The fact that people are not coming downtown to offices at all as a result of the COVID crisis itself."

Sarah Iannarone, who is challenging the incumbent Wheeler, sees it slightly differently.

“It looks to me to be holding tight. And when I say that I mean we are facing a COVID crisis the economic impacts of which we probably have not seen something similar in our lifetimes. But I know as well as anyone what formula we used to revitalize our downtown in the 80s,” she said.

Iannarone added that part of her job for the last decade was educating people around the world about how Portland came back during those economic challenges.

So, what would the candidates do to put downtown back on its feet now?

Wheeler said, "Number one, we are bringing to an end the nightly violence. And we’re already seeing that tail off. Number two, we need to find humane solutions to get people off of the sidewalks and off of the streets into better alternatives elsewhere. Number three, we need to clean up the city.”

Wheeler said that is already happening under his watch.

Iannarone said she'd offer women and minority businesses a chance to take over city-owned vacant spaces with pop-up stores and focus on attracting more people to the city's core.

“The fact that people are going to want to travel here, so travel and tourism is a great one to get dollars flowing through downtown and back into those hotels and restaurants located there," she said. "Travel and tourism, not just for recreation and leisure, but for business. I’ve been talking a lot with the film and TV industry and what it mean for us to get those shoots happening here again."

Iannarone thinks COVID-19 is having a much bigger impact on downtown by keeping employees at home, than violent protests.

“I think that’s more of a narrative. When I walk downtown in the middle of the day it looks very lovely except sometimes in a small area,” said Iannarone.

Wheeler said the violence, homeless campers, garbage and COVID-19 are all hurting the city's core. He added that businesses must be helped so they can bring employees and life back to the city’s core.