Meanwhile, a panel of Oregon lawmakers on Monday allocated $5 million to back the effort, though Republicans opposed it and predicted a court fight. 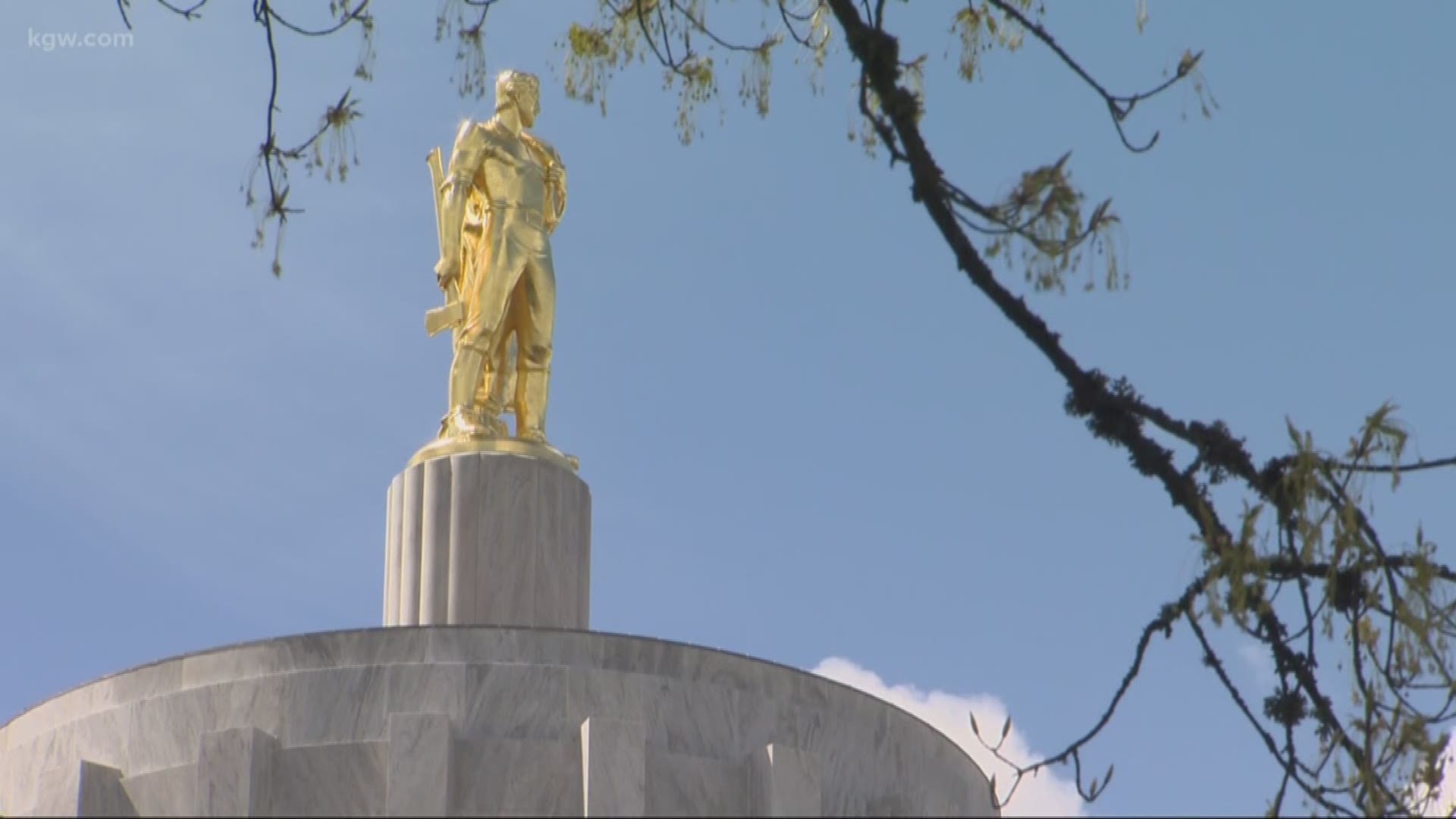 SALEM, Ore. — As Democratic Gov. Kate Brown finalizes an executive order to cut Oregon's greenhouse gas emissions, a panel of Oregon lawmakers on Monday allocated $5 million to back the effort, though Republicans opposed it and predicted a court fight.

The decision by the 20-member joint emergency board came on the heels of one of the most acrimonious legislative sessions in recent Oregon history, one that came to an abrupt end Friday amid a GOP walkout — over climate change legislation — with only three bills passed and more than 100 dying, the climate one among them.

Brown's office had no comment on the upcoming executive orders. House Speaker Tina Kotek said she does not know what authority Brown has under existing law but that the governor is “making sure that it's a defensible set of actions.”

“I do know that the executive orders will be more of a blunt instrument because, absent our ability to do it legislatively, we have to reduce our greenhouse gas emissions,” Kotek told Oregon Public Broadcasting.

The meeting of the emergency board was the first time since the walkout began two weeks ago that Oregon Democrats and Republicans voted together. The divisions remained, with no healing in sight. All the Republicans on the board voted against the $5 million allocation.

Sen. Herman Baertschiger, Jr., leader of the minority Republicans in the state Senate and a member of the emergency board, said Brown's executive action would wind up in court.

“I think all this is going to do is initiate a whole bunch of lawsuits,” he told fellow board members.

The $5 million the board allocated goes to the state Department of Environmental Quality to be used for rule-making and other actions with the goal of reducing greenhouse gas emissions.

Before the vote, Baertschiger told Richard Whitman, director of the environment department, that the appropriation was for an emergency that hasn't been declared and for a program that hasn't been approved by the legislature.

"The governor's executive order will give us, I believe, very specific direction on what needs to be done,” Whitman responded.

The emergency board also authorized the establishment of 10 permanent positions for the department to potentially implement these activities.

The board, in bipartisan votes, also allocated $5 million to the Oregon Health Authority to support its response to the coronavirus outbreak. It also allocated funds for development of new affordable housing units, rental assistance and other support for victims of recent flooding in northeast Oregon, as well as funds to the state military department for emergency preparedness.

The recent GOP walkout, a repeat of two that happened in the 2019 legislative session, was over a bill that aims to help Oregon achieve its goals of cutting greenhouse gas emissions to at least 80% below 1990 levels by 2050, by forcing big emitters to obtain credits for each ton of gas they discharge.

The two GOP walkouts last year were over a similar climate bill and one for a tax to support education.

RELATED: Cap and trade split shows Oregon politics as partisan as ever