Rep. Mike Nearman was caught on surveillance video letting armed protesters in during a special session in Salem. 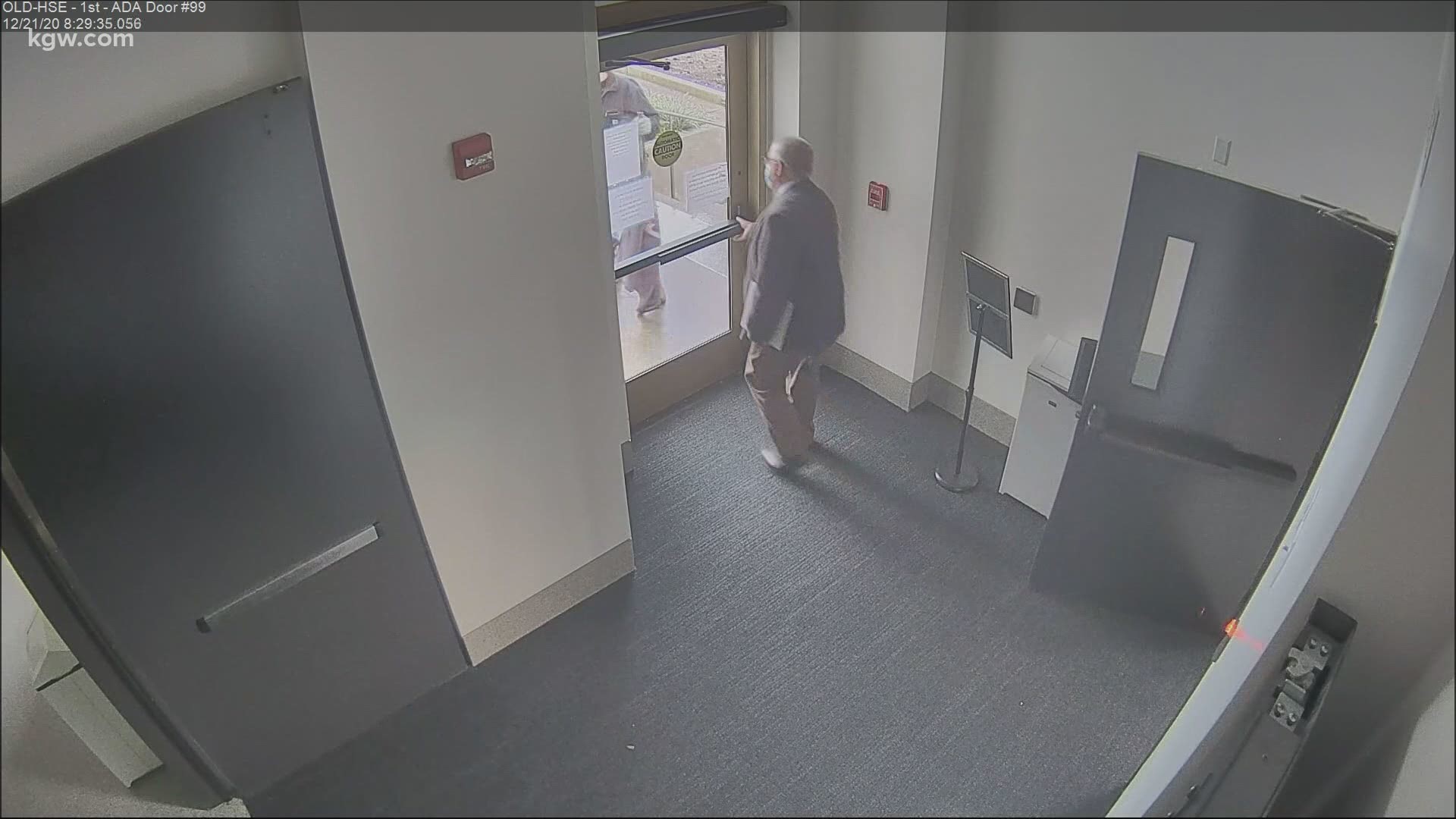 SALEM, Ore. — Two dozen leaders from groups like Basic Rights Oregon, the NAACP and the Western States Center are calling on Oregon legislators to hold Rep. Mike Nearman accountable, after he opened a door at the Oregon State Capitol to protesters on Dec. 21, 2020.

Nearman was seen on surveillance video letting the armed protesters in during a special session in Salem. He is under investigation by Oregon State Police for these actions and is also in trouble with the legislature. House Speaker Tina Kotek stripped him of his committee assignments and fined him $2,000.

Those steps by the speaker didn’t go far enough for some groups, who are now asking the legislature to expel Rep. Nearman from office. Twenty-four leaders reference an article in Oregon’s constitution that reads, "either house may punish its members for disorderly behavior, and may with the concurrence of two thirds, expel a member."

A two-thirds majority would be 40 lawmakers. Right now, there are 37 Democrats in the state legislature.

The leaders who signed the letter say this is a non-partisan issue.

"This isn't about politics or partisanship. It’s about the future of our democracy," said Amy Herzfeld-Copple of the Western States Center. "The legislature needs to send a clear message that violence is never acceptable and that those who encourage and enable it have no place in the lawmaking process."