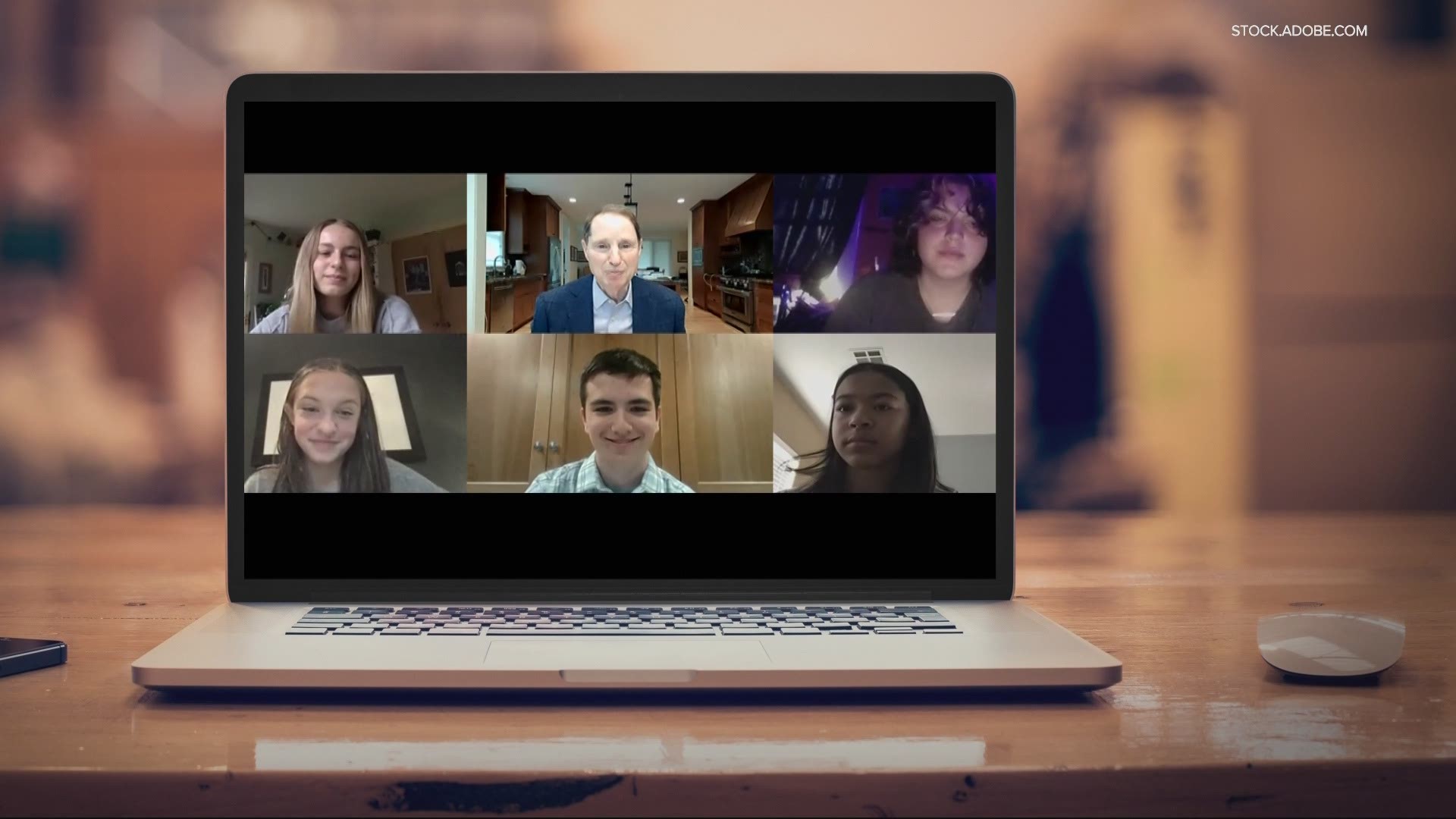 Members of Lift Every Voice Oregon (LEVO) met virtually with the senator Saturday morning to discuss gun reform and changes they want to see. They then hosted a news conference to share the effort.

Students requested their last names not be published.

"Gun deaths and injuries do not have to happen, and we're here to do something about it," said Ben, LEVO founder.

"No student should be afraid to go to school," said another member named Hannah.

The group is focused on gun violence as a whole, not simply school shootings.

With Portland and surrounding communities facing record numbers of shootings, the issue is top of mind.

Some LEVO members even joined the Oregon group from out of state.

"This is a national issue, but gun laws in one state impact residents of neighboring states," said a member named Chloe.

One measure would ban some semi-automatic assault-style weapons and ammunition. It would also limit high-capacity ammunition magazines that have been used in multiple deadly mass shootings across the country.

RELATED: US has been wracked with several mass shootings in 2021

Another would require potential buyers to have a permit, completed background checks and training to get a gun.

Sen. Wyden added that U.S. lawmakers are working on gun reform bills in D.C. Although many students cannot vote on the issues yet, he noted they will soon.

"They're watching their elected officials, and they're going to hold them accountable," Wyden said.

Wyden has taken on this topic before. He even recruited students from Oregon to testify before U.S. lawmakers in 2018. At the time, Eva Jones attended Hood River Valley High School when she said this:

"We are sick of living like this so I assure we will be relentless. We won't stop marching, we will keep fighting weapons and those who protect them over us."

RELATED: 'This makes me sick': Hood River teen calls for gun regulation in front of US Senate

When asked what will be different this time around, Wyden said the common rebuttal about gun reform becoming a "slippery slope" no longer has enough support from the American people.

"This is common sense. It's not a violation of the 2nd Amendment," Wyden explained.

He said U.S. lawmakers are now considering several bills that would require stricter background checks for purchasing a gun and close a loophole that makes some sales go through without due diligence.

"Only a few votes away," Wyden said. "We're going to stay at this until we get it done."

LEVO said everyone has a role to play in this conversation, regardless of political affiliation.

"I think as youth inheriting this world, it's important that our voices are heard as well," member Matreya said.