Oregon sees push for strictest gun storage law in US

The initiative would require guns to be secured with a trigger or cable lock, or in a locked container. Each violation can carry a fine up to $2,000. 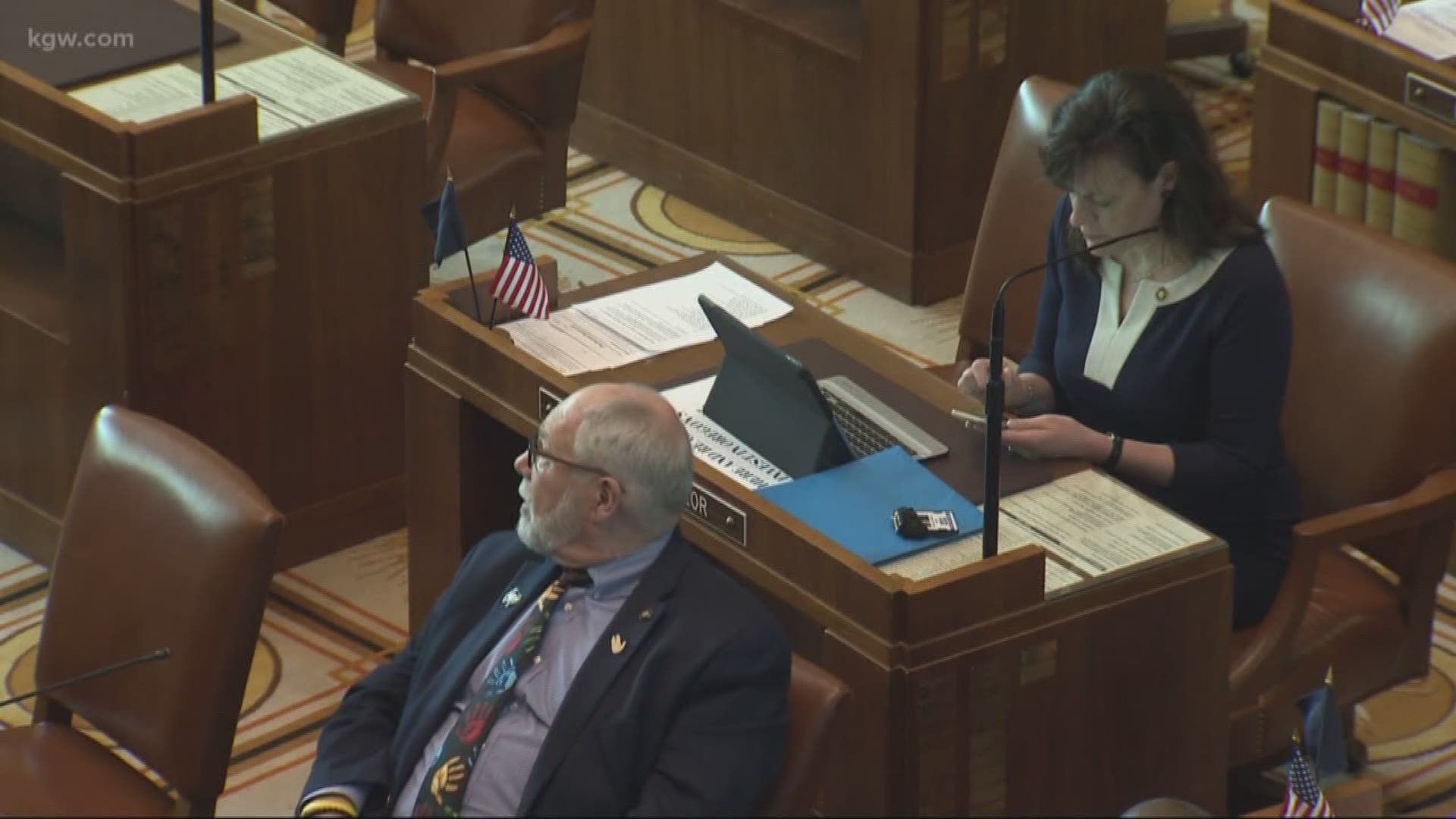 (The video in this story is from May, 2019 when Democrats dropped legislative bills aimed at gun control.)

Carol Manstrom says she lost her 18-year-old son when he grabbed his father's unsecured pistol and shot himself. Paul Kemp lost his brother-in-law when a man opened fire with a stolen AR-15 assault-style rifle at a shopping mall.

On Wednesday, Manstrom and Kemp helped deliver 2,000 signatures to Oregon's elections office as part of an effort to get a measure on the 2020 ballot that would create the stiffest law in America requiring the safe storage of firearms.

The initiative would require guns to be secured with a trigger or cable lock, or in a locked container. It also mandates that a lost or stolen firearm be reported within 24 hours and makes violators of the measure liable for any injury from an unsecured weapon, except in matters of self-defense or defense of another person.

Massachusetts is the only state in the country that requires all people to keep their firearms safely stored when not under their immediate control, said Allison Anderman, managing attorney at Giffords, a gun-control advocacy group. The Oregon initiative goes further because each violation can carry a fine up to $2,000.

"I do believe this would be the first law of its kind in the country to impose strict liability on a person who violates the law," Anderman said.

Manstrom, with a cardboard box containing the 2,000 signatures next to her, described how she lost her son Will in 2017, just a month after he and his girlfriend split up. Teens sometimes make impulsive decisions, Manstrom said.

"In the case of my son Will, it was a decision that we'll never be able to take back," Manstrom said at a news conference in the state capitol. "If a loaded gun was not easily accessible to him that night, I believe he would be with us today."

Kemp's brother-in-law was killed by a gunman who had stolen an AR-15 from an acquaintance. The gunman also killed a woman and seriously wounded a third person at the Clackamas Town Center near Portland before killing himself.

"The legal gun owner didn't tell police his guns were missing until (the mall attack) was national news," Kemp said.

Three state lawmakers, also appearing at the news conference, vowed to push a bill in next year's legislative session that would enact the same storage requirements. If it passes, it would render any ballot initiative moot. But if the bill fails, the measure would have a second chance by going directly to voters in November.

Anderman said putting anything between a person's impulse to take their own life and a gun could give the person a moment to reconsider.

Suicides account for 85% of gun deaths in Oregon, said one of the lawmakers, Rep. Alissa Keny-Guyer, a Portland Democrat. The national rate is around 66%, according to Anderman.

Safe storage could also reduce the number of school shootings, since most minors who commit those arracks obtain the gun from their home or the home of a family member or friend, Anderman said.

A safe-storage law "can really address a whole host of gun related harm," she said.

A firearms storage bill was packaged with other gun-control measures during Oregon's 2019 legislative session that ended in June. However, the effort was scrapped by Democrats in order to lure back Republican senators who had staged a walkout over a school funding tax.

After the news conference Wednesday, supporters delivered the signatures to the elections office. To win a place on the 2020 ballot, 112,020 valid signatures of voters must be turned in by July 2.