Senate Republicans and Governor Kate Brown both followed through on their threats over cap and trade. Len Bergstein breaks down what to expect next. 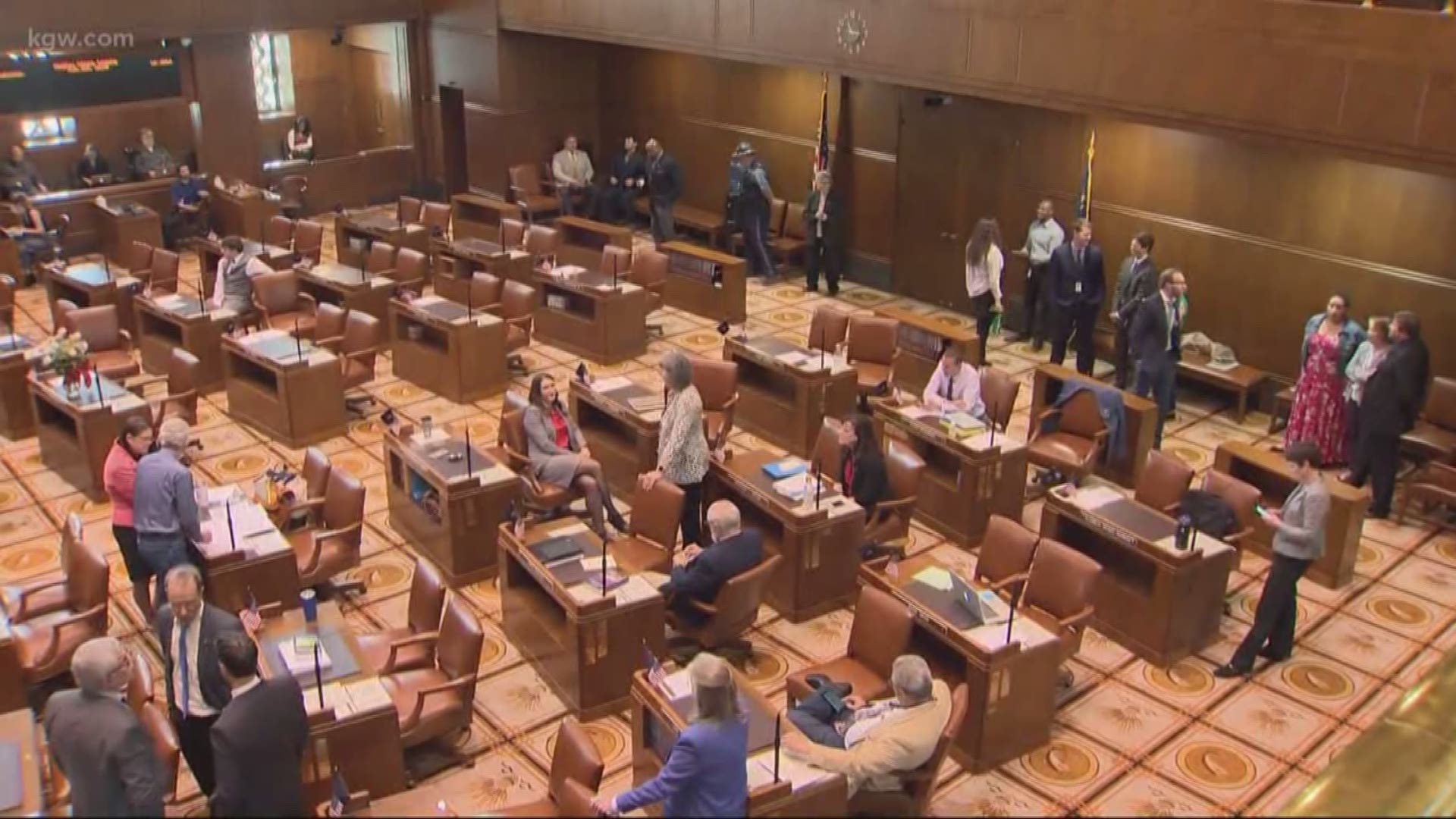 Earlier this week, Republicans threatened to walk out to prevent a vote on the bill. They followed through with that threat on Thursday with some senators even leaving the state.

Brown responded by following through on her own threat to use Oregon State Police to find GOP senators and bring them back to the Capitol so the Senate will have quorum and can move forward with the legislation.

MORE: Gov. Brown sends police to find walkout GOP senators: ‘They need to return and do the jobs they were elected to do’

KGW political analyst Len Bergstein broke down the political standoff and what Oregonians should expect next:

How rare is the walkout and subsequent request for state police to bring lawmakers back to Salem?

It’s happened before but it is very rare. Once, the Republicans had to send some police out to get the Democrats back in a while back. One time, Governor [Ted] Kulongoski had to send some troopers to an OSU Beavers baseball game to try and get some Republican legislators back in.

RELATED: Walkouts in Oregon politics are rare but not unprecedented

What are the stakes?

The stakes are really huge... We’ve been debating this for about 10 years as to what role Oregon should have in terms of leading to a carbon-reduced future. Republicans think that it’s too costly, affects people in different parts of the state in different ways, and doesn’t deliver enough results. Democrats believe it is the most important issue of our lifetime. So, each group has got to try and get not only a policy solution that they like, but also a political solution, because they think their base has sent them there to fight to the bitter end.

So, what happens next?

The governor will do what the governor said, and she’s going to demonstrate leadership. I think the state police will bring back Republicans and they will have to sit on the floor. I don’t think there will be anything like a shootout or perp walks or anything like that. I think the state police are very professional. They’ve been in contact with Republicans, they know where they are. The ones that are in state, they’ll bring them in.

And there are some limits on the kind of games that can be played here. The Republicans, while they want to show the Democrats are weak and feckless even with very big majorities, they don’t want to overplay their hand so that in fact they look like they are way outside the boundaries of modern politics and they lose exactly those seats that they need to win. So, for example, Salem, a Senate seat will be up. [Senator Tim] Knopp’s seat in Bend. Those seats are going to be up for grabs next election, and the Republicans can’t look like they are way out of line on this even though they want to embarrass the Democrats. They want to embarrass the Democrats, but they don’t want to trash democracy, and they don’t want to turn Oregon into a laughing stock, kind of like the Tonya Harding years. We don’t want that to happen.

Does cap and trade ultimately pass?

I think so in some form. There’s this question, I think your viewers will watch while they trade over whether or not this emergency clause, which has to do with the politics of it more than the substance of it, but I have a feeling that after a decade Oregon is ready to pass cap and trade and it will pass this session.

Does this signal a change in Oregon politics?