U.S. Rep. Kurt Schrader of Oregon was one of only two Democrats who voted against the relief package. 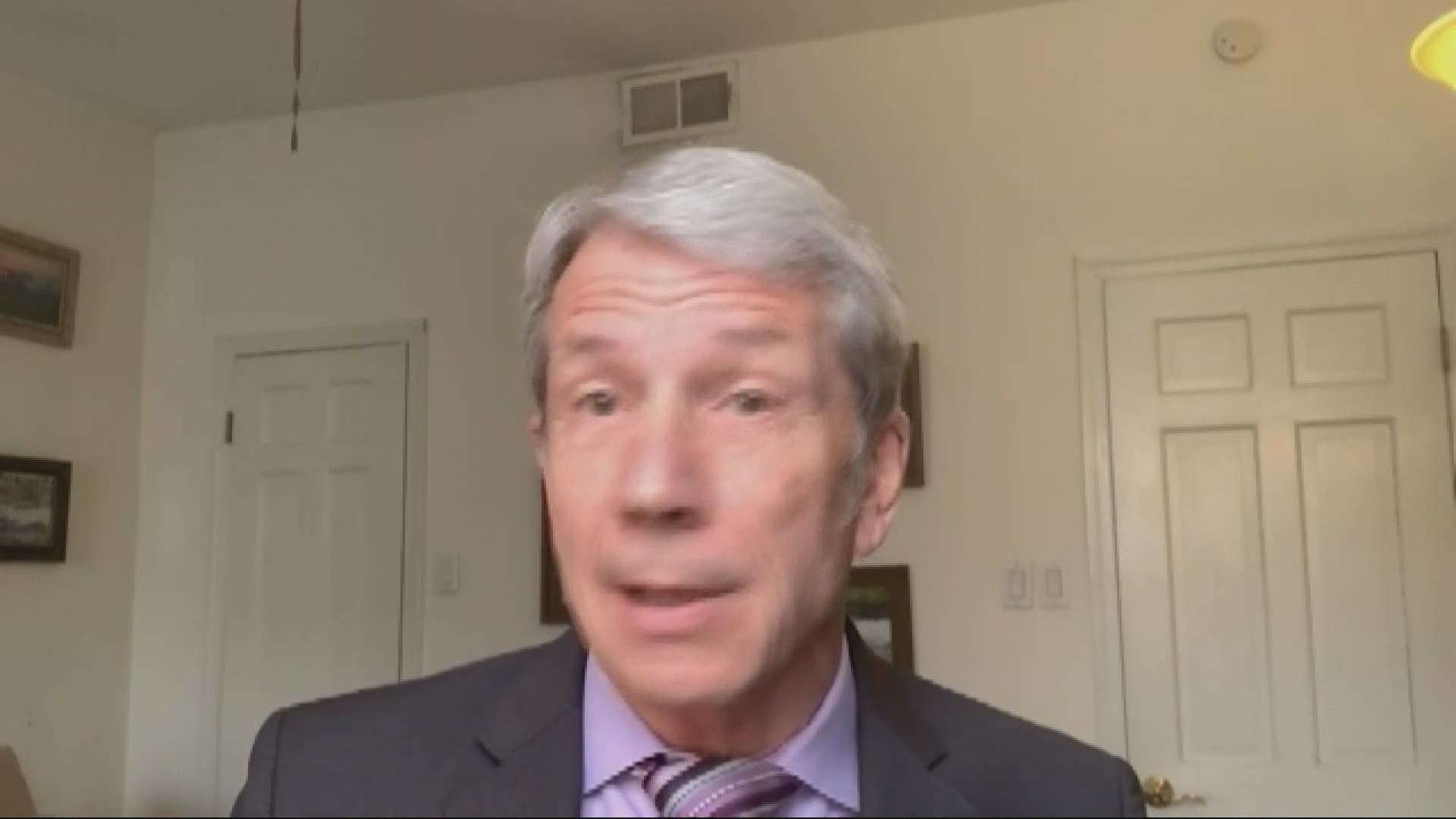 PORTLAND, Ore. — Over the weekend, the U.S. House approved a $1.9 trillion pandemic relief bill. The bill passed in a near party-line vote, but two Democrats broke from the party and voted against its passage: Rep. Kurt Schrader of Oregon and Rep. Jared Golden of Maine.

KGW News had the opportunity to ask Schrader about his vote. He said there were several big problems with the bill and he felt there had been “no legislative process.”

“We were presented with a 1.9 trillion dollar bill, not allowed or encouraged to offer amendments,” Schrader said. “The voice of the elected representatives was not heard in this package at all. It was a take it or leave it approach. Every other COVID package that we've done not only has been bi-partisan but has gone through an extensive vetting process.”

The bill, which includes $1,400 stimulus checks, passed in a 219-212 vote, shipping the massive measure to the Senate, where Democrats seem bent on resuscitating their minimum wage push and fights could erupt over state aid and other issues.

Rep. Schrader took issue with tacking on a minimum wage increase to the pandemic relief bill, calling it “disingenuous to the American people” to leave it in after the Senate parliamentarian advised it be dropped from the bill.

“I'd argue respectfully as a small businessman for 30 plus years, there's not a small businessman or woman out there that thinks raising the minimum wage in the middle of a pandemic, when we're trying to get them to hire people, makes sense, particularly in struggling restaurant and hospitality industries. That makes no sense at all."

Schrader has a track record of being more moderate. In December, he voted against increasing stimulus check payments to $2,000. After the insurrection in January, he initially opposed impeaching President Trump. Schrader was also one of the last Democrats to support Trump’s first impeachment.

To Democratic constituents, who feel like he’s not representing them or their party, Schrader had this to say: he's not just elected by Democrats. He went on to say, he's elected by many voters from all over the political spectrum who "don't agree with the one-size-fits-all far-left approach."

Rep. Schrader’s district, which stretches to parts of the Portland-metro area and Salem along with parts of rural Clackamas County and the coast range, is quite purple.

RELATED: Who gets $1,400 checks in the COVID bill the House just passed?