If Senate Bill 608 passes, it would be the first statewide rent control bill in the country. 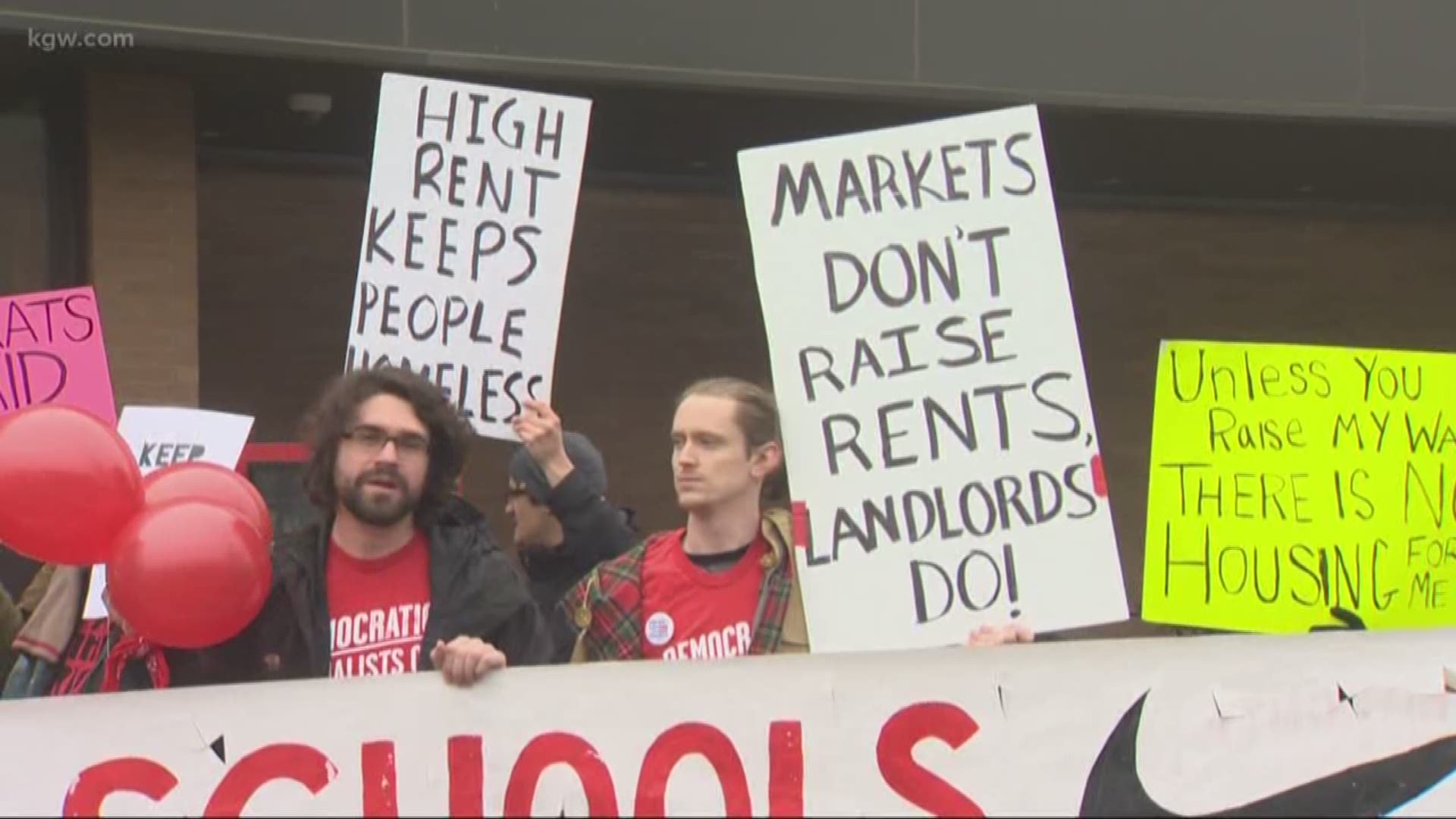 State lawmakers are set to hold their first committee hearing on Senate Bill 608.

If passed, it would be the first statewide rent control bill in the country. And while some landlords wish it wasn't happening, some renters' rights advocates argue the bill doesn't go far enough.

Amid a housing emergency in Portland, with protests rallying against rising rents, tenant protections are common. But again, that's Portland. Senate Bill 608 is taking aim at rent control across the state.

If it passes, the bill will cap rent increases at seven points above the annual increase in the consumer price index, or about 10 percent a year. It will also, among other things, ban no-cause evictions for anyone who's lived in their rental more than a year.

State lawmakers held a town hall at Portland Community College this weekend and got an earful.

Among the complaints were that the bill allows landlords with only a handful of properties to avoid paying relocation fees after evicting a tenant. Constituents want that loophole gone, and say there should be an all-out ban on no-cause evictions.

People argued that Oregon Democrats, who have a super majority in both chambers, should use their power. But State Senator Lew Frederick, a Democrat, disagreed.

Landlords are predictably against the concept of statewide rent control, but the head of the Portland Area Rental Owners Association admits that, looking at the bill, they were prepared for worse.

"Our official stance on the bill is neutral," Christian Bryant, president of the PAROA, said. "There has at least been some thought put into possible unintended consequences if they were to take those restrictions to a much more extreme level."

Monday’s committee meeting is scheduled to begin at 3 p.m. in Hearing Room B.

All five Portland city commissioners, including Mayor Ted Wheeler, have signed a letter supporting the bill.