Cap and trade split shows Oregon politics as partisan as ever

In 1990, 23 Oregon lawmakers were from districts where a majority of people were registered with the opposite party. That number was down to just five in 2018. 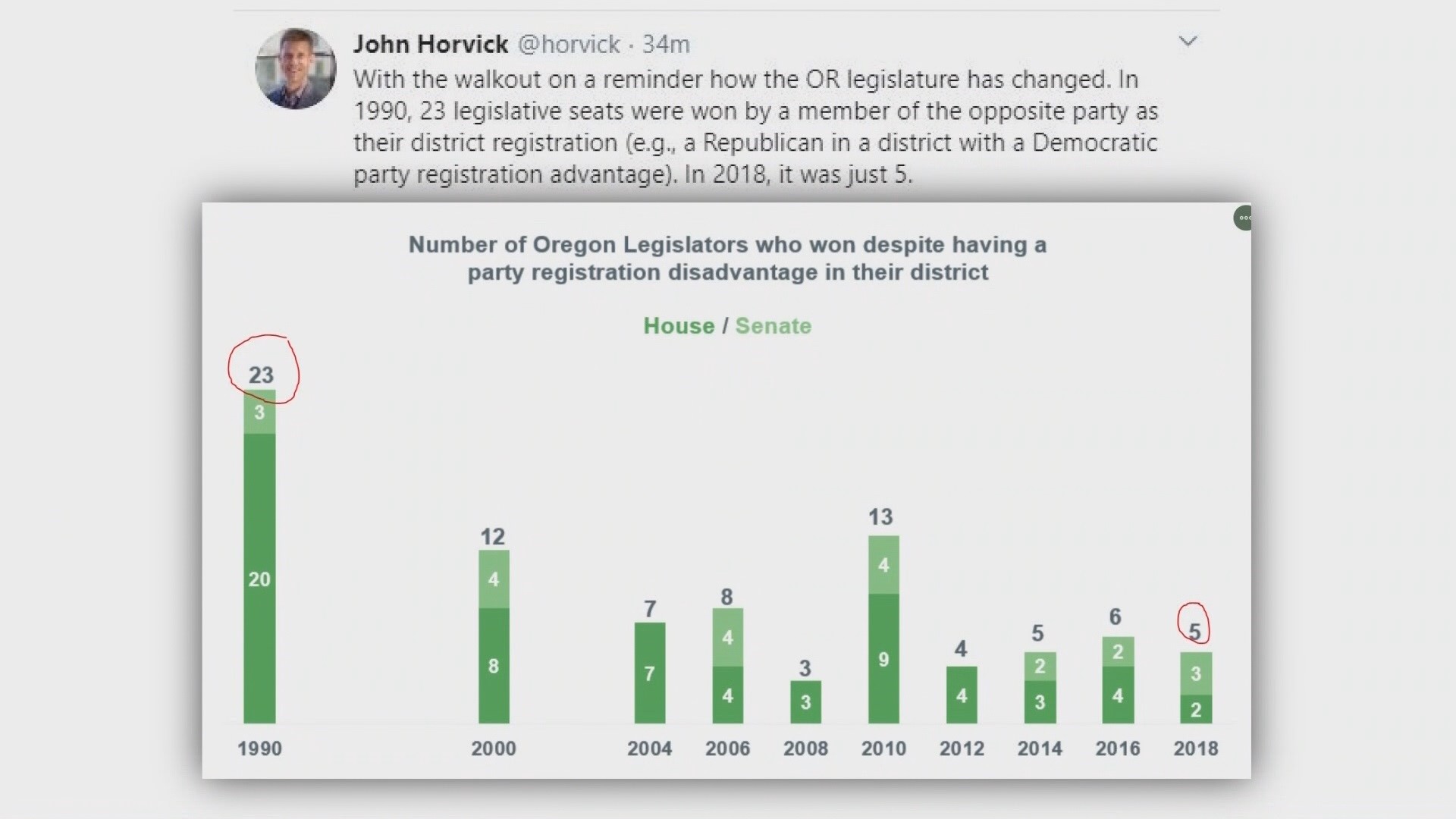 That’s partly because the lawmakers on both sides are more partisan than in decades gone by.

“Ninety-nine percent of the Legislature is elected from safe seats, highly partisan seats," said longtime lobbyist and political analyst Len Bergstein. "So, their impulse, their political survival skills are all attuned to dealing to their base rather than necessarily looking for compromise."

DHM Research posted a graphic on Twitter that seems to support that notion. It showed that in 1990, 23 Oregon lawmakers were from districts with a majority of the other party. That means a Republican representing a Democratic district, for example. But by 2018 that number was down to just five.

"Their own political base is saying No! Stay tough! Stay tough on cap and trade. Or stay tough and don’t allow cap and trade. It’s a very difficult period where the leadership is trying to figure out, do we have any pieces where we can put a puzzle together where people save enough face so they kind of come in,” explained Bergstein.

RELATED: Pendleton gets $1.8M emergency loan but additional relief funds in limbo due to GOP walkout