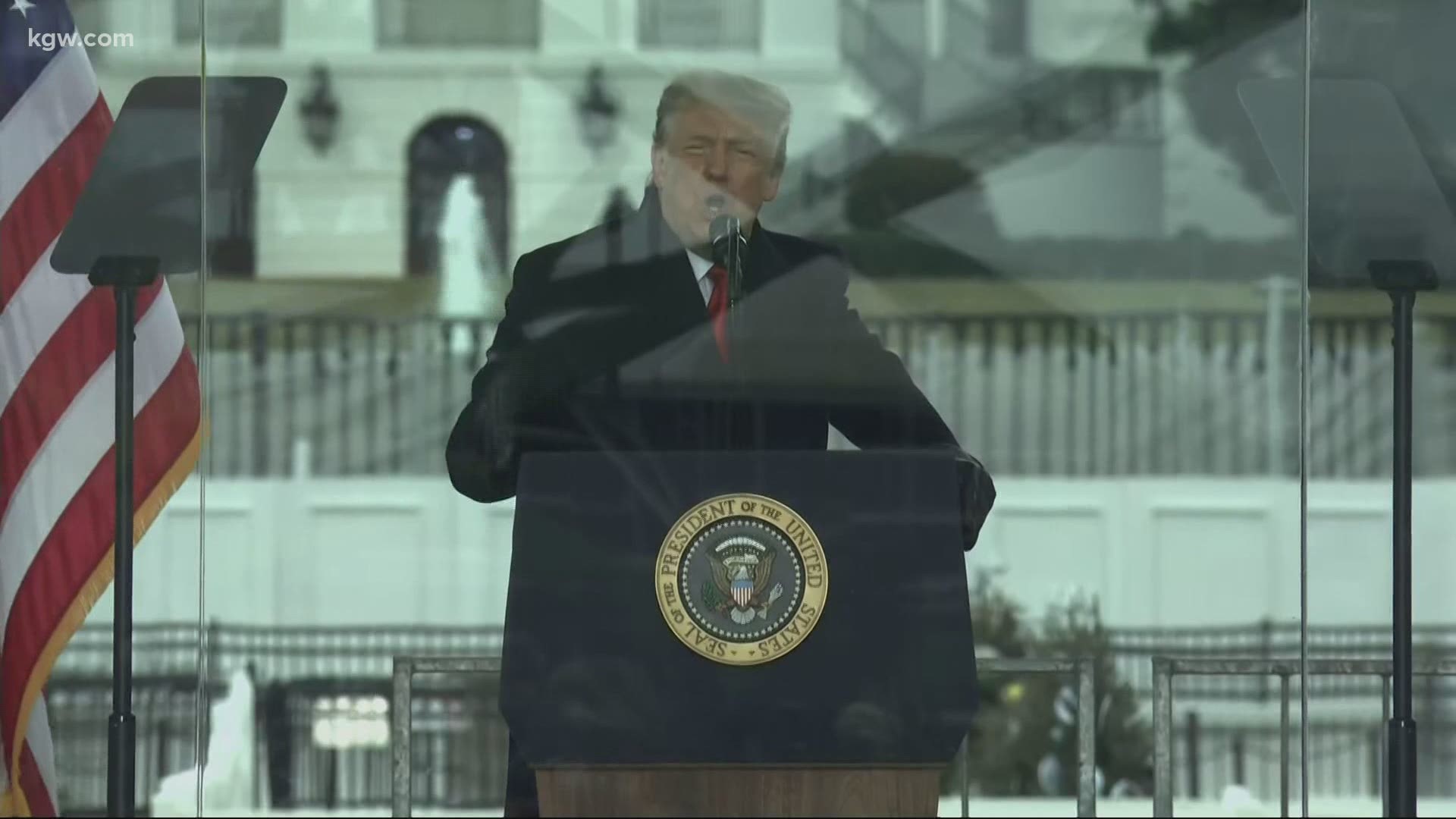 PORTLAND, Ore. — Several Oregon congressional leaders have voiced support for removing President Donald Trump from office after a violent mob of his supporters took over the U.S. Capitol on Wednesday while Congress was certifying President-elect Joe Biden’s Electoral College victory.

Trump’s term is set to end on Jan. 20 when Biden is inaugurated as the 46th President of the United States.

RELATED: VERIFY: Can the Vice President invoke the 25th Amendment to remove Trump?

“Trump is absolutely unfit and should be removed from office,” Merkley tweeted. “If we can do it by Jan. 20 by impeachment, I am all for it. The cabinet and VP can and should invoke the 25th Amendment TODAY. And there should be criminal investigations and prosecutions. Justice demands accountability.”

Sen. Ron Wyden (D-Ore.) also said Congress should impeach Trump if his Cabinet takes no action. Democratic Reps. Suzanne Bonamici, Earl Blumenauer and Peter DeFazio have tweeted their support for Trump to be removed before his term is up.

Rep. Kurt Schrader had a different take from his Democratic colleagues. He said he would support a move by the Cabinet to remove the president but indicated he believed impeachment would be a fruitless effort.

“This president’s gone in two freaking weeks. Two weeks,” Schrader said Thursday on Oregon Public Broadcasting’s (OPB) Think Out Loud. “I urge us to hold our fire at this point in time. Let’s get through this. We already did the impeachment thing, that didn’t work. It takes two-thirds Senate majority to convict. If the Cabinet wants to remove him, I wouldn’t be against that. But that’s not Congress’ decision. That’s up to the Cabinet.”

Oregon’s lone Republican congressional leader, newly-elected Rep. Cliff Bentz, told OPB that he did not know enough about the 25th Amendment to make a decision on whether it would be appropriate to use. But Rep. Bentz said he does support the president's policies.

Bentz was one of more than 100 House Republicans who supported a congressional effort Wednesday to object to the Electoral College count for votes in Pennsylvania. The effort ultimately failed and Congress certified Biden’s victory early Thursday morning.