Lawmakers cut roughly $400 million across state agencies and used about $400 million in emergency funds from the Education Stability Fund to help repair the budget. 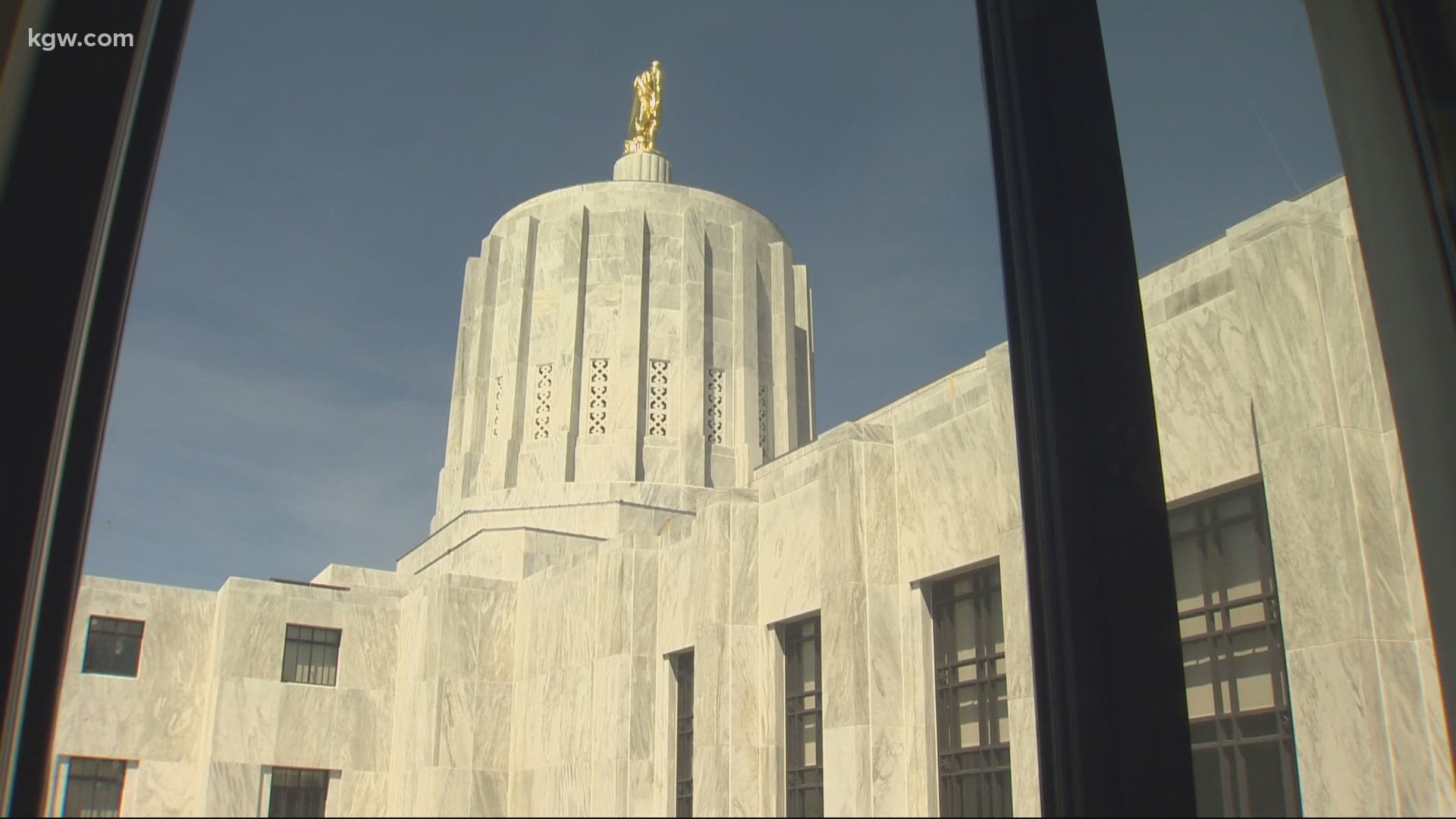 The Legislature had been tasked with filling a $1.2 billion budget hole. Lawmakers cut roughly $400 million across state agencies and used about $400 million in emergency funds from the Education Stability Fund to help repair the budget.

Because Oregon has no sales tax, state government, and all the programs it pays for, run on income taxes and money from the lottery. With the economy in a free fall, thanks to the pandemic and all the jobs it has killed, that money is disappearing. That is why lawmakers were back in Salem with a socially distanced special session. The public is not allowed in the building, so there was a lot more video streaming out of the Legislature than normal.

Lawmakers sat in their offices and met virtually to argue over bills. They gathered in person with face masks for the votes. Some Republicans, the minority party, were quick to criticize the process, which they believed was too rushed and excluded the public.

“I know there are members across the building and people across the state that are scrambling to fully understand what’s in these bills,” said Republican House Leader Christine Drazan during a virtual hearing.

“And to have a very brief overview by staff that's not even an in-depth line-by-line review and then no opportunity for public comment, I think is a mistake,” she said.

But Democrats pointed out they took public testimony a couple of weeks ago.

Monday's session focused on cutting in some areas and taking money from rainy day funds in other areas. Lawmakers made three main moves.

Transferring $400 million from the education stability fund to the school fund would keep public schools from taking a hit over the next year.

The stability fund was created in 2001 and has about $800 million in it.
It is funded with lottery money -- 18% of the profit from the games. Lawmakers have used the fund eight times. The most recent was during the 2011-2013 budget cycle.

Speaker of the House Tina Kotek, a Democrat from the Portland area, said most of the cuts involve things the general public will not notice.

“A lot of it is administrative savings in terms of one-time savings. For example, we project certain caseloads in certain programs. If we don't think they're going to be realized, we can take those savings. So, those are things that people don't see,” she said.

Kotek said the state's massive programs, including the Oregon Health Plan and school spending, will not be touched.

Senate President Peter Courtney, a Democrat from Salem, agreed. He said it helped that the state already had hundreds of millions of dollars in federal aid for the pandemic.

"The budget wasn't devastated anywhere near where we thought going in. And I think the reason is the coronavirus money has allowed us to do a lot of things. But ask me that question in a few months – then it’s going to be real bad,” Courtney said.

Oregon runs on two-year budget cycles. The next one starts in less than a year, on July 1, 2021, and it looks like that might require $4 billion in cuts.

That is one reason Gov. Kate Brown said she is concerned about raiding rainy day funds now.

“That savings account is only so big. If we use a substantial portion of it now,the budget decisions next year become even harder. And we already know there are more challenging decisions ahead of us,” she said.

The governor did not say what, if any, action she would take to change what lawmakers have done.

Amid the budget talk, there was also work on reforming police practices such as banning chokeholds. Lawmakers passed House Bill 4301, which prohibits the use of choke holds by police or corrections officers except for self defense.

Gov. Brown called the measure "another step forward on the road toward racial justice."

One bill that would have helped speed up the processing of unemployment insurance claims for thousands of Oregonians waiting for benefits was killed in committee.

"While I am disappointed that a few legislators blocked passage of a bill to make it easier to pay out unemployment benefits, I appreciate that they passed the other bill my administration brought forward, as well as a second policy to support unemployed Oregonians," Gov. Brown said in a statement Monday night.