House Republicans announced they're walking out on Tuesday's floor session in opposition to a cap-and-trade bill in the Senate. 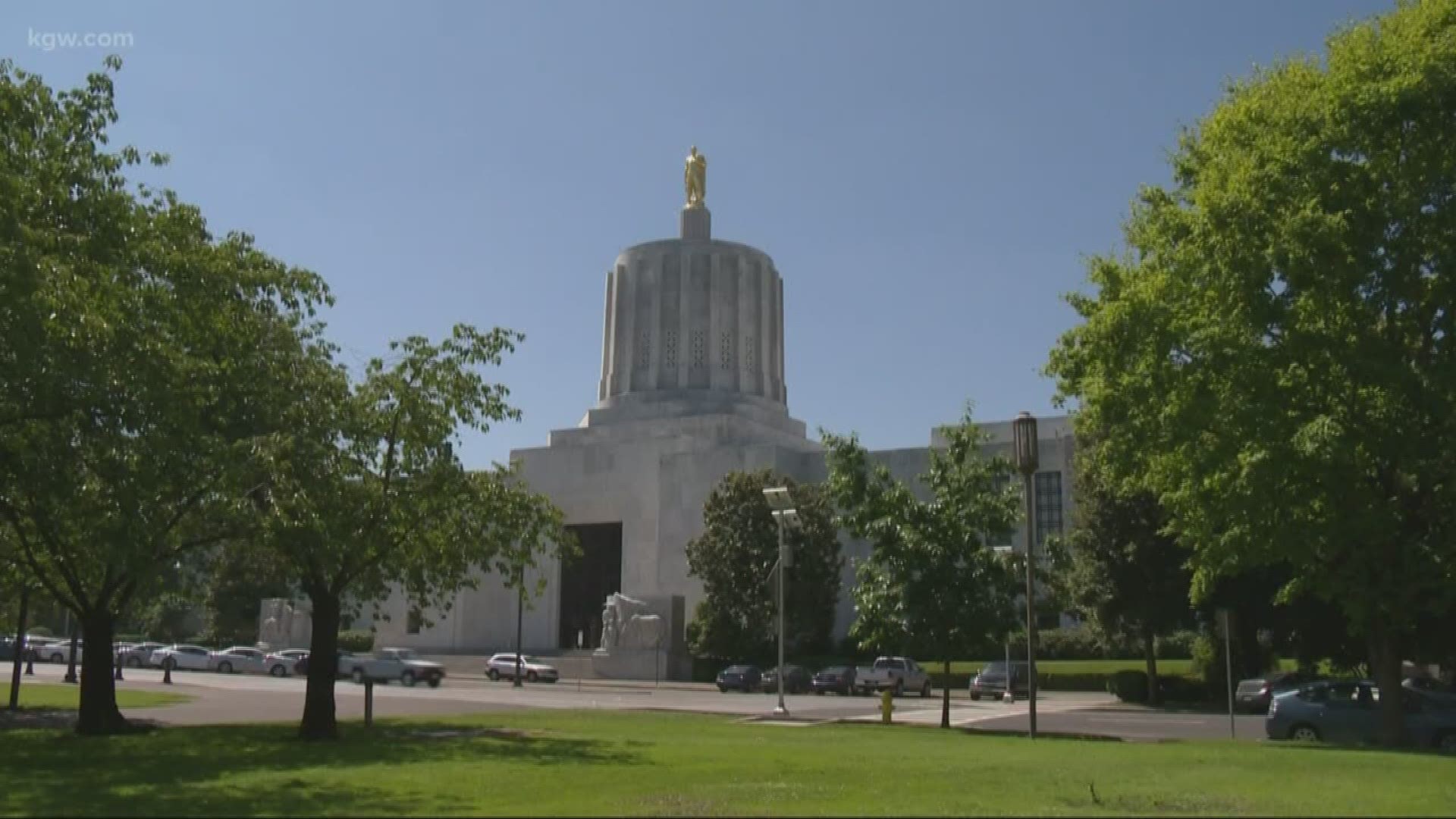 SALEM, Ore. — Republican members of the Oregon House of Representatives have joined their Senate colleagues in boycotting the Legislature over a climate bill aimed at reducing greenhouse emissions.

In a statement, Drazan railed against Gov. Kate Brown and Oregon Democrats, saying they're not interested "in respecting the legislative process" in trying to pass Senate Bill 1530, which she referred to as a "rigged process."

Republicans want the bill to be sent to voters instead of being passed in the Legislature.

"From the first day of this short session it has been clear that Governor Brown and the majority party have not had an interest in respecting the legislative process and have repeatedly refused to compromise," Drazan said. "Each and every amendment we offered on Cap and Trade in committee has been rejected.

"I had remained optimistic up until [Monday] that a compromise could be reached. Unfortunately, our attempts to achieve a bipartisan consensus that would take into account the views of all Oregonians were denied. Oregon House Republicans are taking a stand, with working families, in opposing Cap and Trade and this rigged process. We will continue to keep all lines of communication open. I call on Governor Brown and the majority party to refer Cap and Trade to the people," Drazan said.

Kotek, in a statement, disagreed with Drazan's statement.

"I have routinely reached out to Republicans in a genuine effort to hear their ideas and compromise where we can," Kotek said. "My door is always open. For now, they have chosen to walk off the job. We may disagree on policy, but one thing is for sure — we can't reach consensus if the Republicans don't show up for work."

This is the third time in the past 10 months that Oregon GOP lawmakers have walked out over legislation pushed by Democrats, who were voted to supermajorities in both the House and Senate last November.

Because Democrats hold supermajorities in both chambers, they can pass bills without Republican support, but Republicans must be there to help them reach a quorum.

This is the second consecutive legislative session in which GOP lawmakers have boycotted a cap-and-trade bill. The most recent iteration of the bill passed out of a joint committee Monday morning.

On Tuesday, a group of people will rally on the steps of the Oregon Capitol to demand that GOP lawmakers return to work.