The money will go to early childhood education and to schools themselves, who will be expected to use the funds to increase test scores and expand behavioral and mental health services. 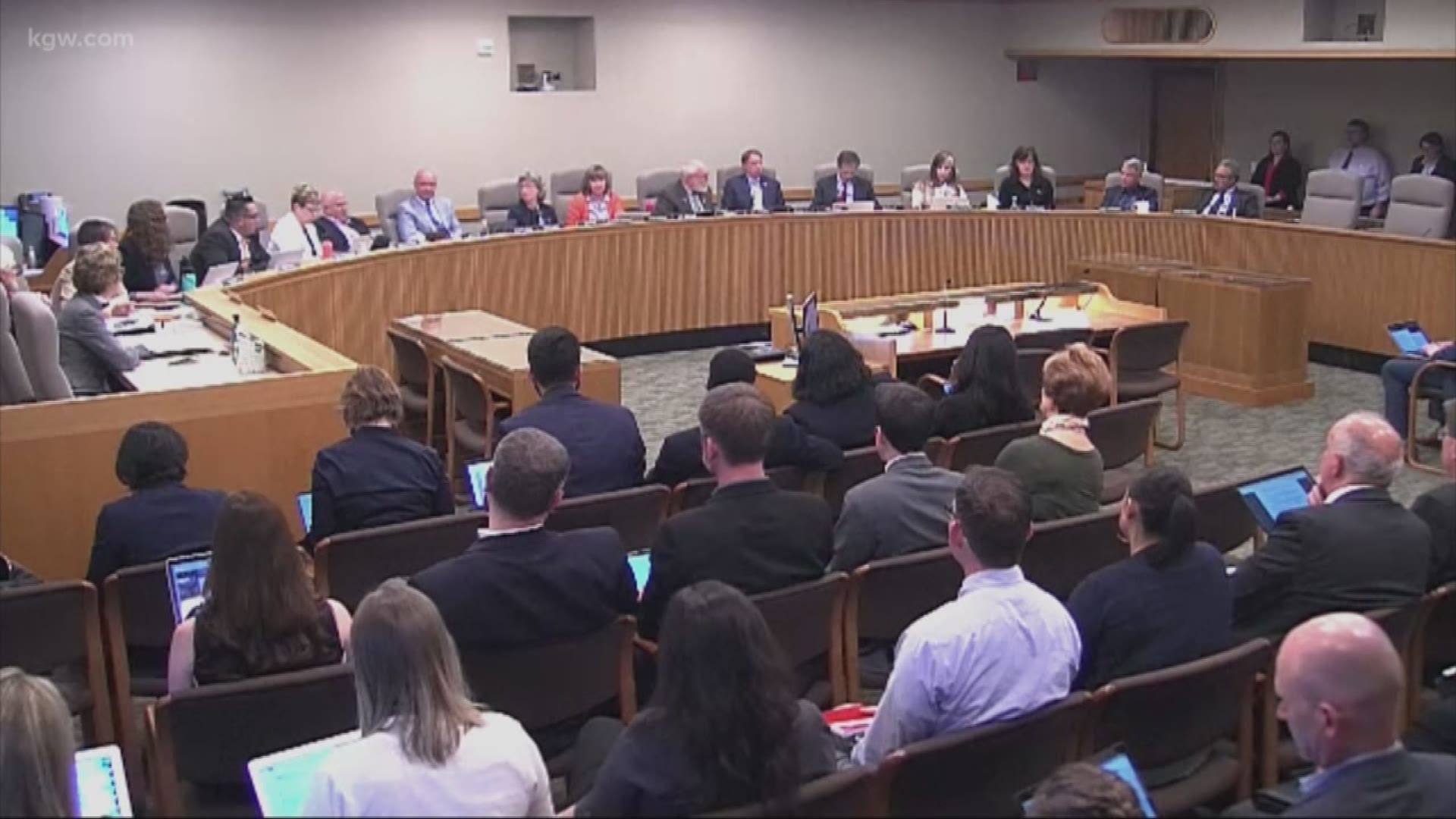 SALEM, Ore. -- The Oregon House on Wednesday approved a new tax on businesses to raise an additional $1 billion in annual revenue to invest in the state's public schools.

The Joint Committee on Student Success approved the potential tax Monday night on a 10-6 vote, saying the move is necessary to boost the state's graduation rate, which is one of the lowest in the country.

The money will go to early childhood education and to schools themselves, who will be expected to use the funds to increase test scores and expand behavioral and mental health services. Teachers, who are prepping for a statewide protest next month over a lack of school funding, say a lack of state investment has led to layoffs, higher class sizes and lower student performance.

"Our children deserve an opportunity to learn and grow," said Sen. Shemia Fagan, a Democrat from Portland, in a statement, adding that the proposal will "allow us to finally do right by Oregon students."

Democrats, who have made school funding a priority for this legislative session, said the tax would have minimal impact on the majority of state residents. It will only affect businesses with more than $1 million in sales, which makes up approximately less than 10% of all businesses in the state.

The investment package pushes for a modified commercial activities tax, which would take a portion of a business' gross receipts, or its total sales for the year. Because of the complicated way the state would calculate taxable commercial activity, businesses in reality would actually need to bring in more than $1 million a year in sales to be subjected to the tax.

As the plan currently stands, businesses would calculate their taxable commercial activity by taking their total sales and subtracting some of the cost of labor. They'd then deduct another $1 million from that lower number. If, after all those deductions, a business's sales are still above the $1 million threshold, only then would it be subjected to a 0.57% tax plus a $250 fee.

Groceries and gas are exempted from the tax, to prevent basic, household goods from experiencing a price hike. Lawmakers also plan to slightly cut personal income taxes by a quarter of a percent to offset the impact of a possible price increase on consumer products.

The investment package, which could go through more changes as it works its way through the Legislature, would need a two-thirds vote, likely a heavy lift. Tax-averse Republicans have already made their opposition known. House Republican Leader Carl Wilson, from Grants Pass, said the tax will simply be passed onto consumers as a defacto sales tax.

"Oregonians deserve more than an ill-considered $2 billion new hidden sales tax that will cost them dearly," he said in a statement. "This will cost working families almost every time they buy a product or service."

Even if the tax is approved through the legislative process, it's likely that opponents will move to put the issue on the ballot. Voters already shot down a version of this tax in 2016 when they rejected Measure 97, which proposed raising $3 billion for schools through a 2.5% gross receipts tax on businesses with sales surpassing $25 million.

The measure failed 59% to 40% following one of the most expensive election fights in state history. Opponents, including retail giants like Costco and Albertsons, raised $28.13 million, outspending supporters by $9 million.

"Oregonians have spoken. They don't want a tax on Oregon sales," said Shaun Jillions, Executive Director of Oregon Manufacturers and Commerce. "This bill will have far-reaching consequences for consumers and businesses alike."

Gov. Kate Brown, who supported Measure 97, said she's in favor of the Legislature's proposed investment package even though it doesn't include her funding priorities for higher education. She said that she will champion for more dollars in the budgeting process for community colleges and universities.

She added that the tax package should be agreeable to all Oregonians, especially since gas and groceries are exempted.

"It is a $2 billion investment in our education system from cradle to high school," she said.