Oregon governor race most expensive yet

The record total of about $18.7 million tops the $17.7 million raised and spent in the 2010 governor's race won by Democrat John Kitzhaber over Republican Chris Dudley. 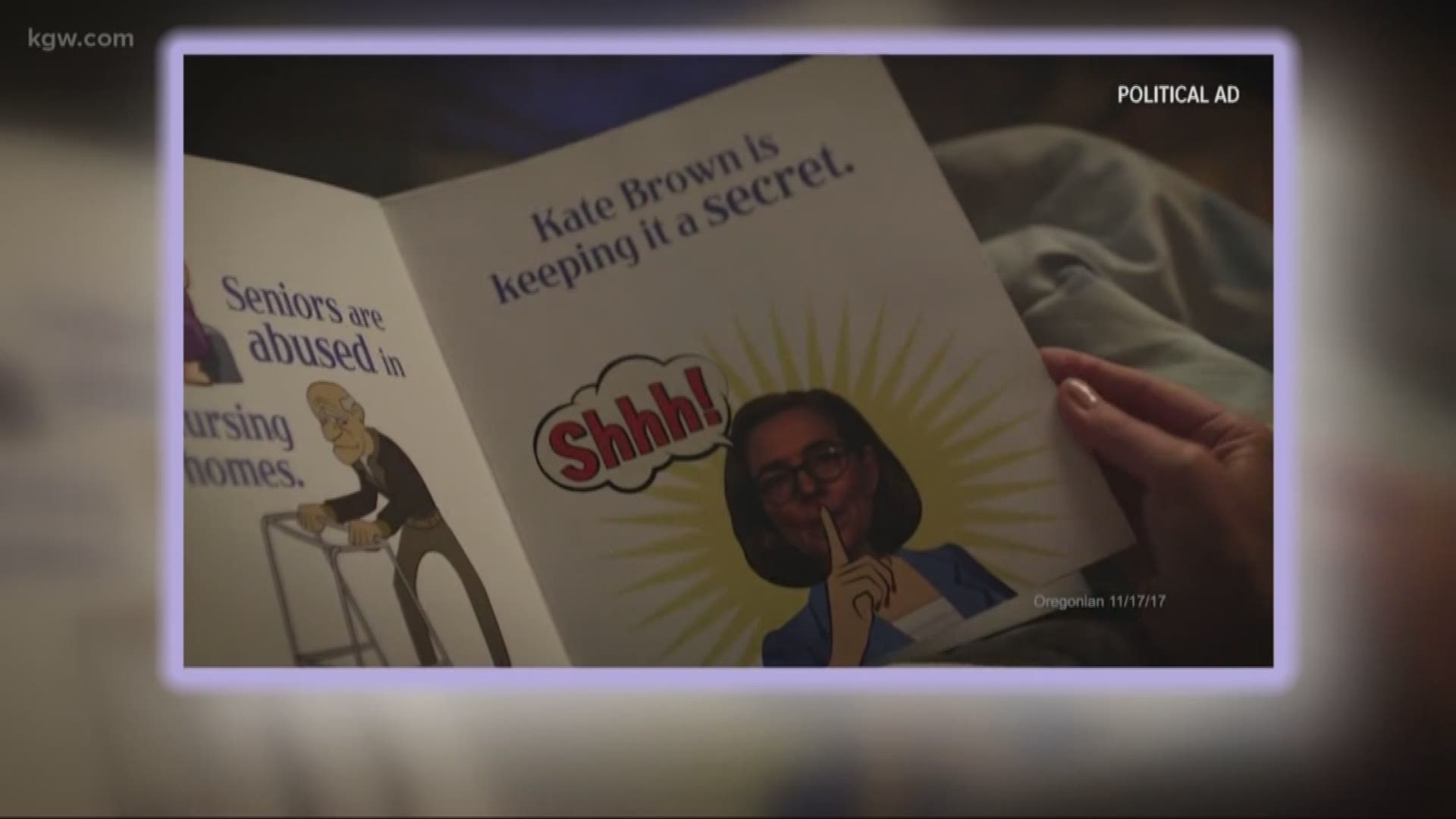 BEND, Ore. (AP) — The 2018 race for governor is the most expensive in Oregon history, and there's still six weeks until the books will be closed.

The Bulletin newspaper in Bend reports that Gov. Kate Brown has raised about $11.3 million. Her Republican opponent, state Rep. Knute Buehler, R-Bend, has raised about $7.4 million, according to state campaign finance reports filed through Monday

The record total of about $18.7 million tops the $17.7 million raised and spent in the 2010 governor's race won by Democrat John Kitzhaber over Republican Chris Dudley.

Brown reported a month's worth of campaign finances Monday. Contributions included $250,000 from Everytown for Gun Safety, a gun control group backed by former New York City Mayor Michael Bloomberg. Brown also received $250,000 from the Democratic Governors Association, which has now given her a total of $353,000.

The true level of 2018 fundraising and spending won't be known until early next month when both candidates will have to adhere to a seven-day period between the time they raise or spend money and when they have to report it.

Currently, candidates have a 30-day window. Brown's updated figures bring her reporting through Sept. 22. Buehler's is through Aug. 22. Both campaigns are complying with state law in the way they are currently reporting their finances.

The totals do not include money raised and spent by outside groups that are running ads against candidates.

Buehler has received a total of $1.5 million from Nike co-founder Phil Knight, the largest donation by an individual to a candidate in Oregon history.

Brown's biggest single contribution is $500,000 from EMILY's List, a national group that backs pro-choice Democratic candidates. She has received a total of $370,000 from Team Oregon, a political action committee created to promote her re-election and to build Democratic majorities in the Legislature. Defend Oregon Values, a political action committee created by House Speaker Tina Kotek, D-Portland, and other top Democrats to promote a Democratic agenda in Salem, has contributed $693,000 to Brown. She received a new contribution of $100,000 from the United Food and Commercial Workers International Union, AFL-CIO.

The money to Brown from Everytown for Gun Safety is the second time in two years that Bloomberg has aided Brown. He directly contributed $250,000 to her 2016 campaign to finish out the term of Kitzhaber, who resigned in 2015 and was replaced by Brown, the secretary of state at the time.

The Oregonian newspaper has reported that national Republicans say Buehler has received a total of $750,000 from the Republican Governors Association, an amount as yet to show up on Buehler's campaign filings.