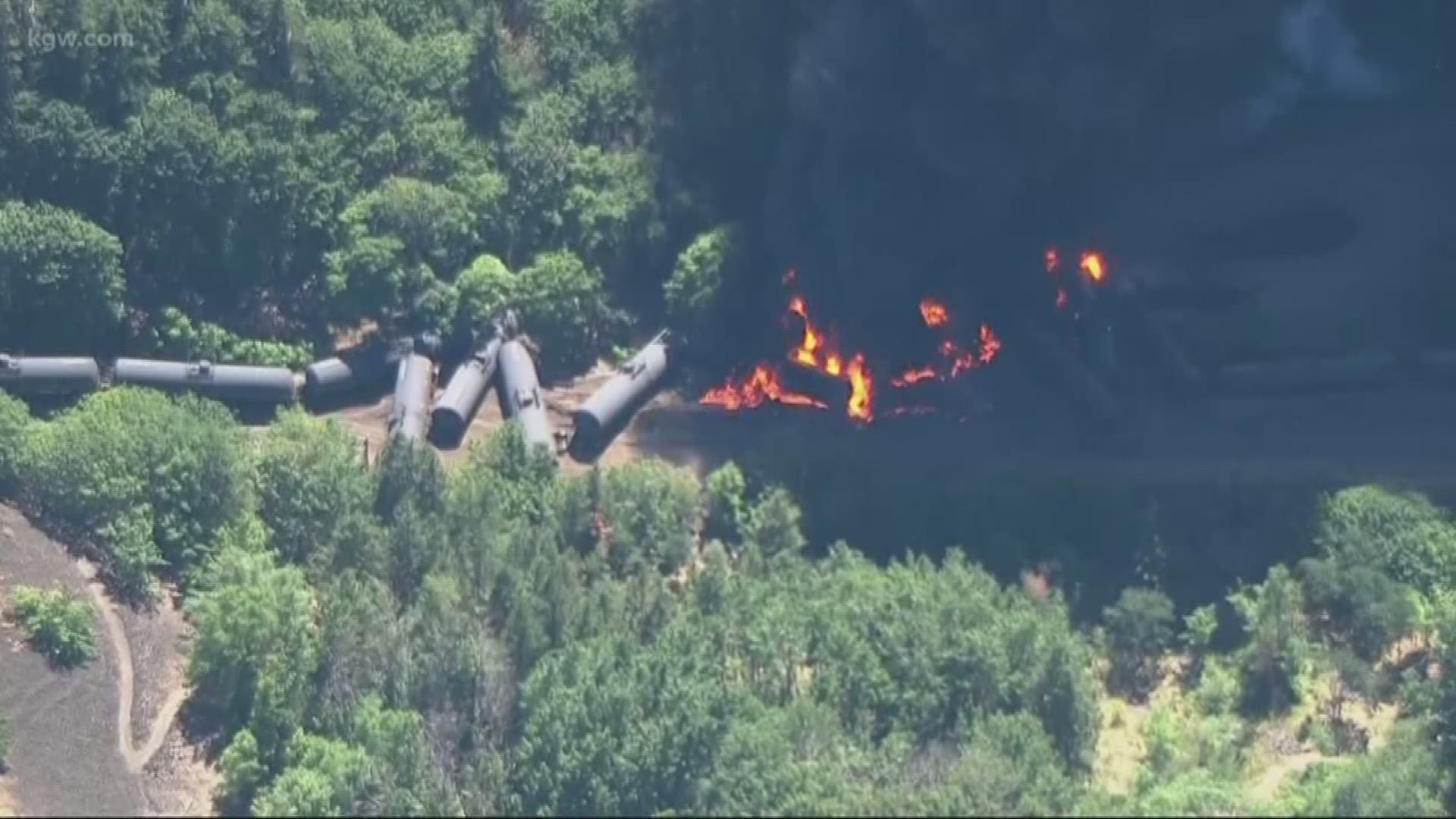 The crash involved 16 cars on a Union Pacific train that hauled nothing but the highly flammable Bakken crude oil from North Dakota. The fires burned for 14 hours. Fortunately, no one was hurt, and the famous wind in the Columbia River Gorge was not blowing.

Mosier Mayor Arlene Burns was in Salem Thursday to testify during the first hearing on HB-2209.

“We've got a responsibility to really do what we can to protect ourselves and every single community along the tracks from what could have happened to us, which could have been, incredibly, a whole different story,” she said.

Some oil got into the Columbia River but it could have been much worse.The derailment happened nearly on top of Mosier’s sewage treatment plant, which captured most of the spill.

Still, it galvanized many in the gorge to take action including Hood River Mayor Paul Blackburn.

“We're disappointed that Oregon has the weakest protections on the West Coast. California has stepped up, Washington has stepped up. And if we don't regulate oil trains, we're going to end up carrying all the traffic,” he said.

HB 2209 is simple in its language. It would require contingency planning around oil trains and require training for first responders.

Union Pacific, the rail company involved in the derailment, has been involved for the past two years as a work group tries to come up with changes for improved safety.

“It’s a good step and one that we've been committed to for a number of years,” said spokesman Aaron Hunt.

The bill does not say who would pay for either the planning or the training. Union Pacific said it already pays to train firefighters near the oil trains.

“There is a lot of training that goes on that Union Pacific currently pays for. And so, contingency plans are another step in that process and that funding plan is still underway,” Hunt said.

But at least the first hearing is underway.

Conservation group Friends of the Columbia Gorge is hopeful this year, with Democrats in firm control of the state House and Senate, laws will get passed.

“I don’t mean that as any slight to the champions that pushed this in the past but they weren’t able to get it over the finish line. And I’m confident this time, in this session, in 2019, that we will,” said conservation director Michael Lang.

Rep. Barbara Smith Warner in 2017 introduced HB 2131, which would have modified the coordinated response to oil or hazardous material spills occurring during rail transport. That bill did not pass.