KGW political analyst Len Bergstein broke down the political standoff and what Oregonians should expect next. 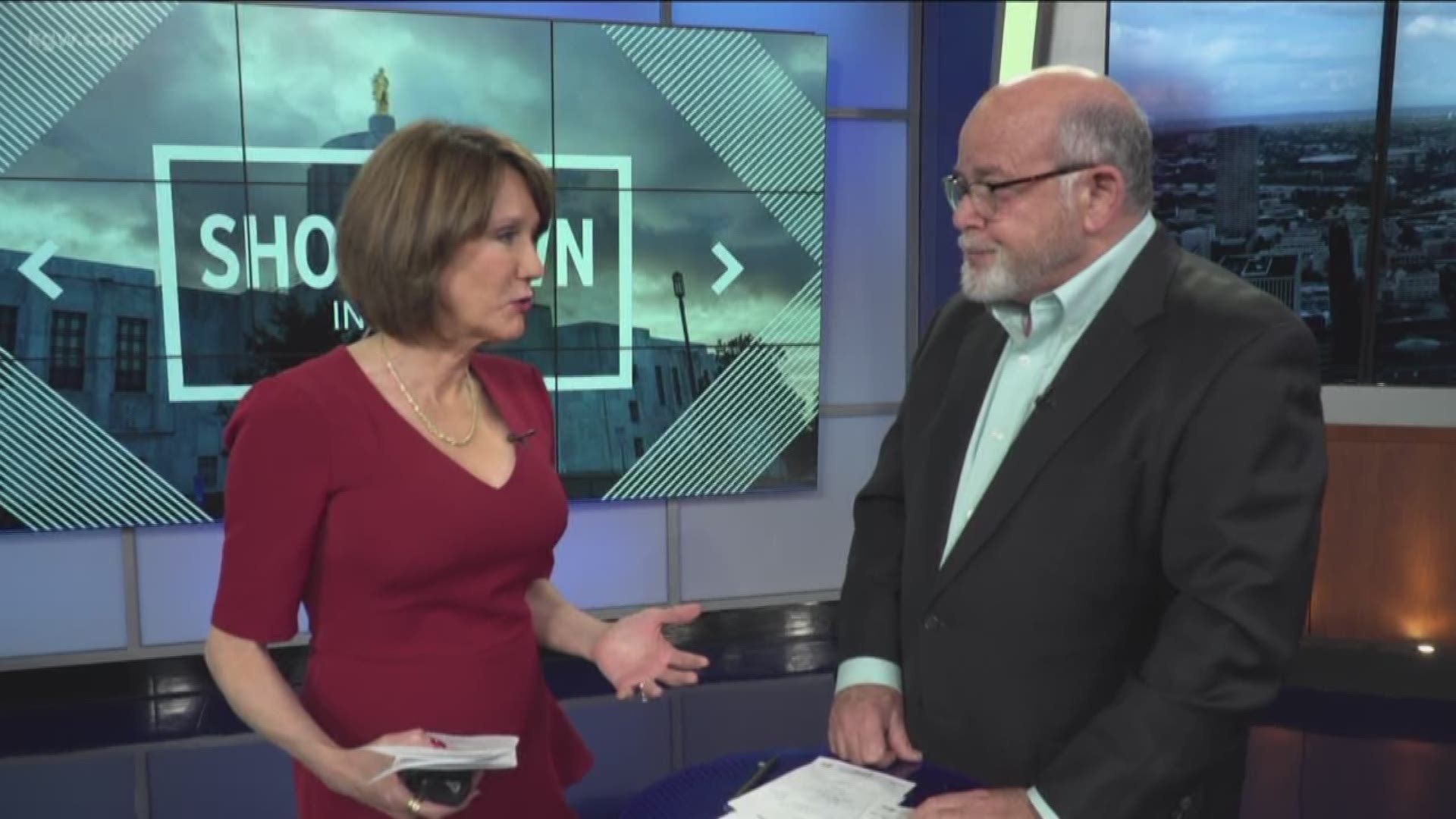 SALEM, Ore. — Almost a week after Senate Republicans walked out in opposition to a cap-and-trade energy conservation bill, it looks like the bill is effectively dead.

Senate President Peter Courtney admitted Tuesday morning that his party doesn't have enough votes to pass HB 2020, which would place a statewide cap on carbon emissions.

That announcement wasn't enough to bring GOP senators back to Salem, though. Republicans say they need further assurances from Democrats that the legislation of the bill is at a "complete end."

"The bill itself has been second-read and a vote will have to take place," Senate Minority Leader Herman Baertschiger said in a statement released Tuesday night. "Republicans must be assured that the vote or motion will guarantee the bill's complete end."

On Wednesday, the Senate convened at 10 a.m. and there were no Senate Republicans in attendance. Senate Leader Peter Courtney announced the session was recessed until 3 p.m.

The countdown clock is ticking down to Sunday night, when the legislative session ends. If Republicans don't return by then, another 140 bills in limbo would die on the spot.

KGW political analyst Len Bergstein spoke with anchor and Straight Talk host Laural Porter to break down the political standoff and what Oregonians should expect next:

What happened? How did Democrats with supermajorities not have the votes for this?

This has been a decade in formation. This is a very difficult issue. It’s difficult on both the policy side and the politics. So, it shouldn’t surprise anybody that it’s tough to get a 16-vote support for a bill that is so controversial. It had so many things in it, and each time the Democrats tried to get a positive environmental benefit out of it, it raised some of the costs for some of the rural parts of our economy. So, it eventually got down to this individual legislative choice for about three or four Democrats to say, 'Look, the costs are starting to outstrip the benefits we’re going to get out of it.' And that’s a very debatable discussion, obviously, but that’s where it was. So, on a policy issue and the politics of it, it was just too tough to get through.

What about Republicans concerned about a possible double-cross when they come back?

I think that’s nonsense. [Republicans] are the ones who made a deal, and then broke it, and walked out again. So, it’s hard for anybody, I think, to take that argument seriously. The technical thing is the bill has to in fact be brought up because it’s been passed, and it’s been voted to the floor. So, it has to be brought up. So, they’re concerned that there are going to be some sort of tricks. The Senate Majority could send it back to a committee. The committee could vote it out, and so on and so forth. [Senate President] Peter Courtney has been there for so long. If anybody embodies the institution and the trust you have to have, it’s him. I think the bill is not going to make it through the Senate. I think this is not a measure that’s going to get passed. The Republicans will acknowledge that. They’ll come in and they’ll vote on all the rest of the stuff that’s got to get done.

This has magnified the rural-urban divide in Oregon, hasn’t it?

You’ve got that exactly right. I can’t remember a set of issues, maybe going back to the spotted owl in 1990, when there was this fight over exactly how we should deal with our resources or protect a species. I haven’t seen the fissures in the state open up quite so much like this. So, this really has driven a wedge between those folks who think this is an issue about protecting rural Oregon as opposed to those folks who really think it’s the most important question of climate control and the safety of our planet and our future. That is usually harbored in the urban areas. So, it really does magnify this urban-rural fight.

The legislative session started with drama with the #MeToo movement, sexual harassment in the Legislature, and now we’re ending with this high drama over the cap-and-trade bill. What does it mean for the entire session?

“That’s really a good way to look at this. It’s important for people to learn in the midst of controversy, sometimes you lose really the good things that Oregon has done during this session. The governor has had an ambitious agenda. The Legislature has delivered on revenue for schools, a really good thing. We funded our healthcare program. We’ve gotten criminal justice reform, housing programs. We’ve gotten a very long laundry of things that are positive for Oregon, with the revenue for schools being probably a once-in-a-generation victory. So, I think while the environmentalists are hopping mad about this, and they’re going to hold the Democrats’ feet to the fire on this, when you look at the broad range of things that happened, this has been a very, very positive session for the governor and for Oregon.

LEARN MORE: What is cap-and-trade?

Gov. Brown: GOP walkout is 'dangerous' and 'cannot be rewarded'

'They deserted Oregonians': Protest calling for GOP senators to return to Salem planned for Tuesday

Walkouts in Oregon politics are rare but not unprecedented

'It would be a death knell': Eastern Oregon truckers weigh in on cap and trade

Republicans: 'All options' on table to stop cap and trade