If elected, Harris would be the nation's first female, Black and Asian-American Vice President. 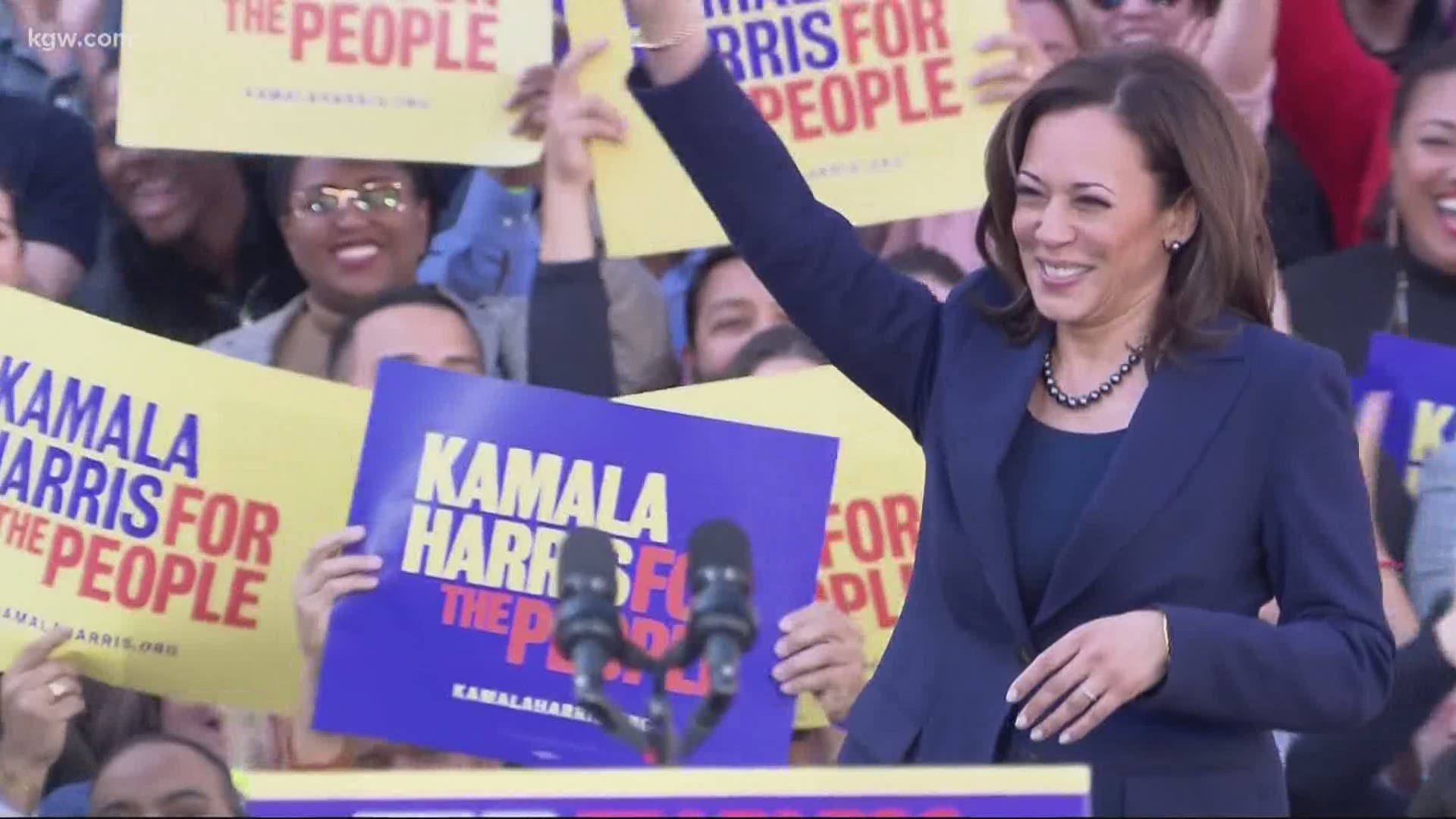 PORTLAND, Oregon — In an e-mail to supporters and a tweet to America, presidential-hopeful Joe Biden announced his running mate, Tuesday. He selected California Senator Kamala Harris to complete the presumptive Democratic ticket.

In the middle of a pandemic, there was no rally with signs and cheers but Harris responded via Twitter saying, “Joe Biden can unify the American people because he's spent his life fighting for us. And as president, he'll build an America that lives up to our ideals. I'm honored to join him as our party's nominee for Vice President, and do what it takes to make him our Commander-in-Chief."

If elected, Harris would be the nation's first female, Black and Asian-American Vice President.

“It has been a very difficult road for many African American women in politics,” said Dr. Shirley A. Jackson, a professor in the Black Studies Department at Portland State University.

Jackson said Biden naming Harris as his Vice Presidential pick speaks volumes about the need for a different leadership perspective.

“It also really makes clear the complexity of the demographic population of the United States,” said Jackson. “We're not all one thing.”

Harris has been in the Senate since 2016. Before that, she was California's Attorney General and District Attorney in San Francisco. She ran against Biden for the Democratic Presidential nomination but left the race before voting started. In a tweet Tuesday, Biden called Harris a "Fearless fighter for the little guy," and "One of the country's finest public servants."

Others are responding to Biden's selection.

“As a Black, Chicanx woman, I can't be happier to have that representation,” said Ariel Myles Hernandez, a student at Portland State University and community advocate.

While she's thrilled with Harris' candidacy, Myles Hernandez said she's curious about Harris' background as a criminal prosecutor. Harris has faced criticism from some progressives over her record on criminal justice, though this summer, she helped write Democrats' police reform legislation in the midst of protests over police brutality.

“Dismantling the systems of racial bias that she has said in her campaign and has provided examples that she's looking to change that structure,” said Myles Hernandez.

“Because this is a moment in history that many people have never seen and probably will not see in quite some time to come,” said Jackson.

Harris and Biden were scheduled to appear together on Wednesday in Wilmington, Delaware, Biden's hometown. They'll also hold a virtual fundraiser.