Latino voters turned out in huge numbers this election. But we shouldn't generalize the 'Latino vote'

Data shows Latino voters turned out in high numbers this election and their votes benefited both President Donald Trump and President-elect Joe Biden. 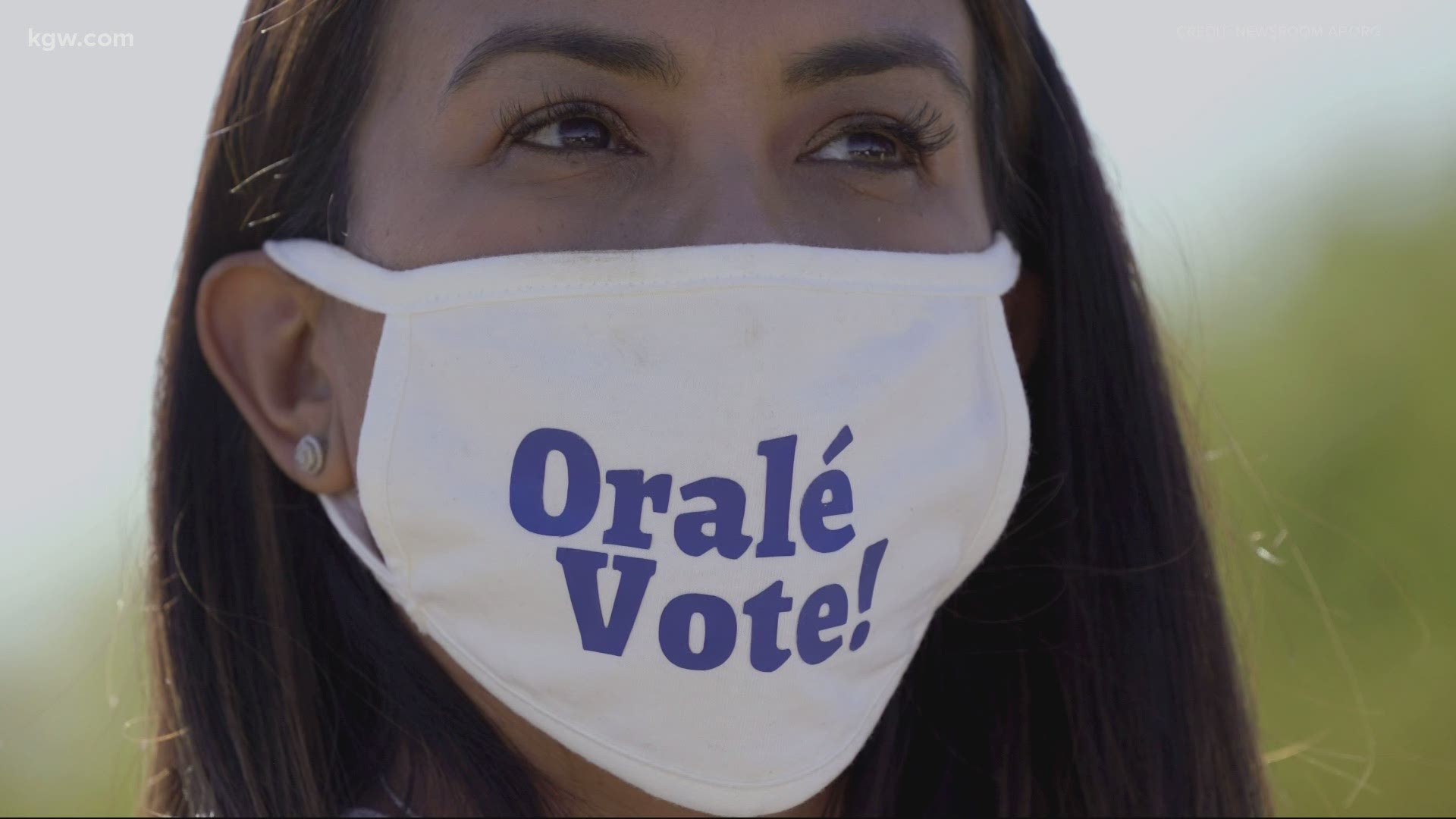 PORTLAND, Ore. — Now that we're more than a week past the election we can go back and dive deeper into the data.

But it's important to understand why we can't oversimplify this diverse voting bloc.

America's growing "new majority" of non-white Americans heavily influenced the 2020 election. Specifically Latinos, who, projections show, turned out in record numbers. But that's pretty much the only generalization we can make about the roughly 32 million eligible Latino voters in the United States.

Contrary to some beliefs, they're not a single uniform voting bloc.

"It’s important to challenge a little bit what I’m hearing as this national narrative and take this 'Latinos as single voting bloc' and let’s try to make sure we keep poking holes in that," said Oregon State University Assistant Vice Provost and Associate Professor of Ethnic Studies Daniel López-Cevallos. "Not all Latinos are created equal."

While exit polls at this point indicate about two-thirds of Latinos supported Biden, President Trump picked up many more Latino voters compared to 2016.

Advocates and experts say there's no such thing as the one "Latino vote". Support for each candidate is about as diverse as each individual person.

"We're talking about a huge group here and we can't generalize that," said Causa Oregon Civic Engagement & Advocacy Director Fabian Hidalgo Guerrero. "We have to really talk to them and figure out what it is that they need and what they're being affected by."

Latinos are a racially, culturally and socioeconomically diverse group of people who live in various parts of the country and have different interests and political views. Religion, gender and age matter.

Some argue Democrats and liberals took Latino voters for granted and assumed Trump's immigration policies would swing them blue. But immigration isn't all they care about.

In many parts of the country, Republicans are better at speaking to Latino voters on issues that matter to their lives, including the economy, jobs, small business and religion.

Take Florida, for example, where Trump faired well this election. The large population of Cuban and Venezuelan immigrants and Latino evangelicals tend to be conservative.

In contrast, if we look at Arizona Latinos, namely Mexicans and Central Americans, they turned out and voted for Biden, helping Democrats flip the state. Years of grassroots get-out-the-vote efforts mobilized Latinos there.

"We're creating this power of really being engaged and learning what it means to vote as well as what issues are on the line and how our vote impacts an election," Hidalgo Guerrero said, "We're learning the type of power we have as a community."

Marion County flipped blue and went for Biden this election by just 1%. In 2016 the county went for Trump. In the county, there were about 30,000 more registered voters and turnout was higher than in 2016.

Experts think there was higher turnout there due to a few things that we also see at a national level: more energy and interest around this election, more people becoming U.S. citizens (adding to the “new majority”), and grassroots organizations.

Every year they work to increase bipartisan civic participation among Latinos — and it paid off. They educate the community on issues that matter to their lives and families, get more people registered to vote and engaged in the process.

"They weren't involved in politics," Hidalgo Guerrero said. "They were more focused on work and taking care of us as a family. But now I kind of pushed them to really learn how they can participate in our democratic process."

As the Latino population grows in America, this election should serve as a lesson for both parties. Candidates won't receive support from Latinos just by function of taking a particular stance on an issue, experts say. Moving forward, parties and candidates must engage, listen and build trust and relationships.

"We need to not put them all in one box, but really figure out what are the issues that best resonate with them?" Hidalgo Guerrero said.