Workers at the Wentzville plant walked off the job and picked up picket signs early Monday. There are about 4,500 union workers at the assembly plant. 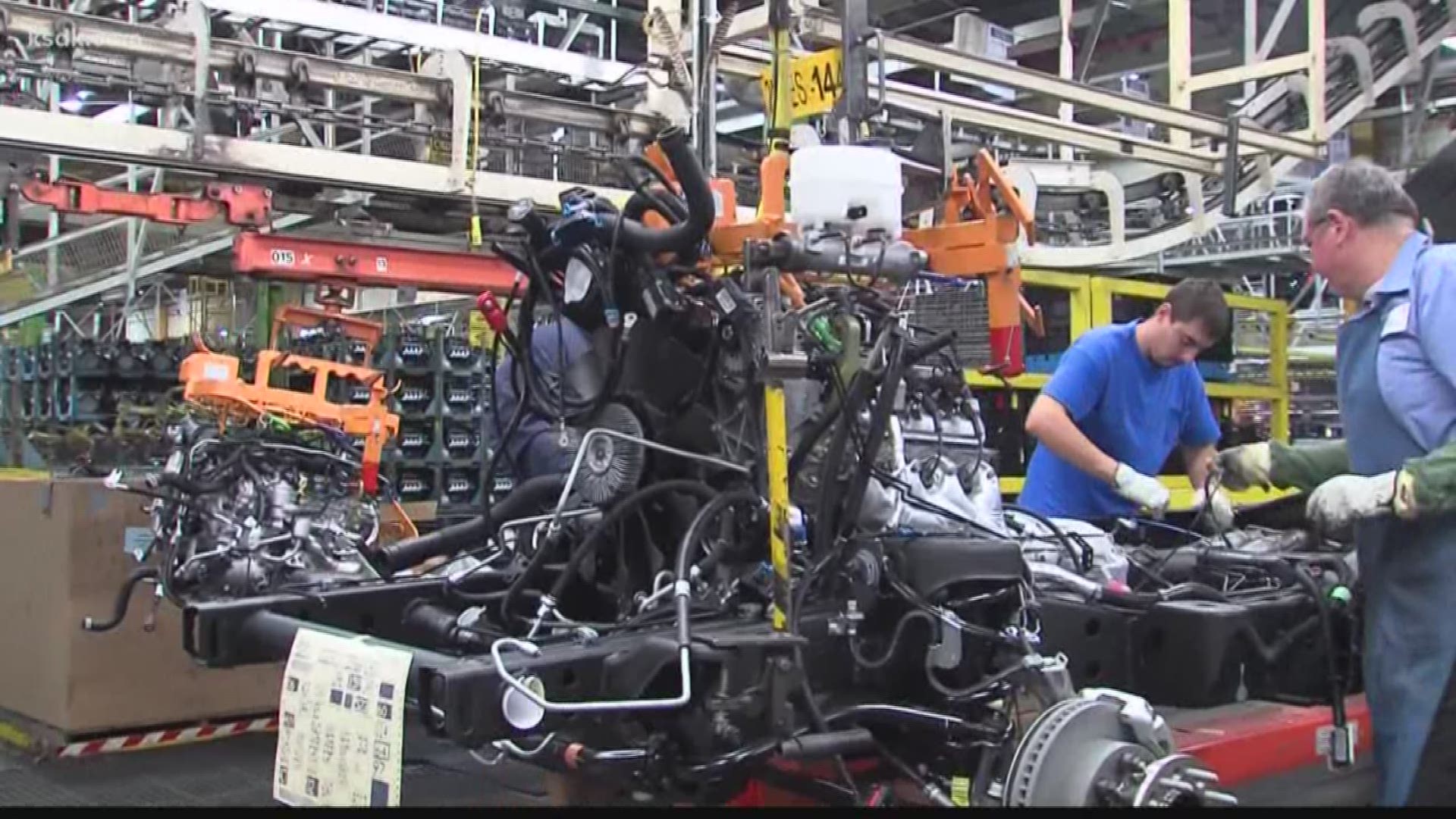 WENTZVILLE, Mo. — About 50,000 auto union workers are on strike againstGeneral Motors plants across the U.S. — and that includes thousands of workers in the St. Louis area.

The United Auto Workers union strike began at midnight after contract negotiations with the automaker had broken down.

Workers at the Wentzville plant walked off the job and picked up picket signs early Monday. There are about 4,500 union workers at the assembly plant.

"The union stands together with the national bargaining team for a fair and equitable contract," said UAW Local 2250 president Glenn Kage.

Union workers set up at four locations around the Wentzville plant to protest. No more than about a dozen protesters are allowed in any one spot at a time.

Several drivers were heard honking their horns in support Monday morning as they drove past the picketing workers.

The plant in Wentzville is the global production sight for GM's full-size vans. Employees assemble the Chevy Express and GMC Savana full-size vans, along with the Chevy Colorado and GMC Canyon mid-size trucks.

The Missouri Department of Economic Development released the following statement Tuesday about how the strike could impact the proposed expansion of the Wentzville plant:

'General Motors is a major employer for our state and has a huge impact on many families in Missouri. The Department is hopeful for a quick resolution. In terms of General Motors' possible expansion in the Wentzville area, given that this is an active project, we cannot discuss anything further at this time. The Department remains optimistic about a potential partnership and will provide more information when it's available.'

Credit: 5 On Your Side

Workers shut down 33 manufacturing plants in nine states across the U.S. overnight, as well as 22 parts distribution warehouses.

UAW Vice President Terry Dittes, the union's top GM negotiator, said a strike is the union's last resort but is needed because both sides are far apart in negotiating a new four-year contract. The union, he said Saturday, does not take a strike lightly.

GM, however, said it offered pay raises and $7 billion worth of U.S. factory investments resulting in 5,400 new positions, a minority of which would be filled by existing employees. GM would not give a precise number. The company also said it offered higher profit sharing, "nationally leading" health benefits and an $8,000 payment to each worker upon ratification.

Here are the main areas of disagreement:

— The union also wants new products for the four factories slated to close. GM currently has too much U.S. factory capacity, especially to build slower-selling cars.

— The companies want to close the labor cost gap with workers at plants run by foreign automakers. GM pays $63 per hour in wages and benefits compared with $50 at the foreign-owned factories. GM's gap is the largest at $13 per hour, according to figures from the Center for Automotive Research.

— Union members have great health insurance plans and workers pay about 4% of the cost. Employees at large firms nationwide pay about 34%, according to the Kaiser Family Foundation. Automakers would like to cut costs.

“We presented a strong offer that improves wages, benefits and grows U.S. jobs in substantive ways and it is disappointing that the UAW leadership has chosen to strike at midnight tonight. We have negotiated in good faith and with a sense of urgency. Our goal remains to build a strong future for our employees and our business,” GM’s corporate spokesperson Dan Flores said in an emailed statement to 5 On Your Side.

Family of woman found dead along I-70 in Missouri offers $10,000 reward

Man shot in neck at Sasha's on Shaw, 2 victims hit with shrapnel