The proposal will tax some individuals at 1% and some businesses at 5%, and is expected to raise $250 million a year for homeless services. 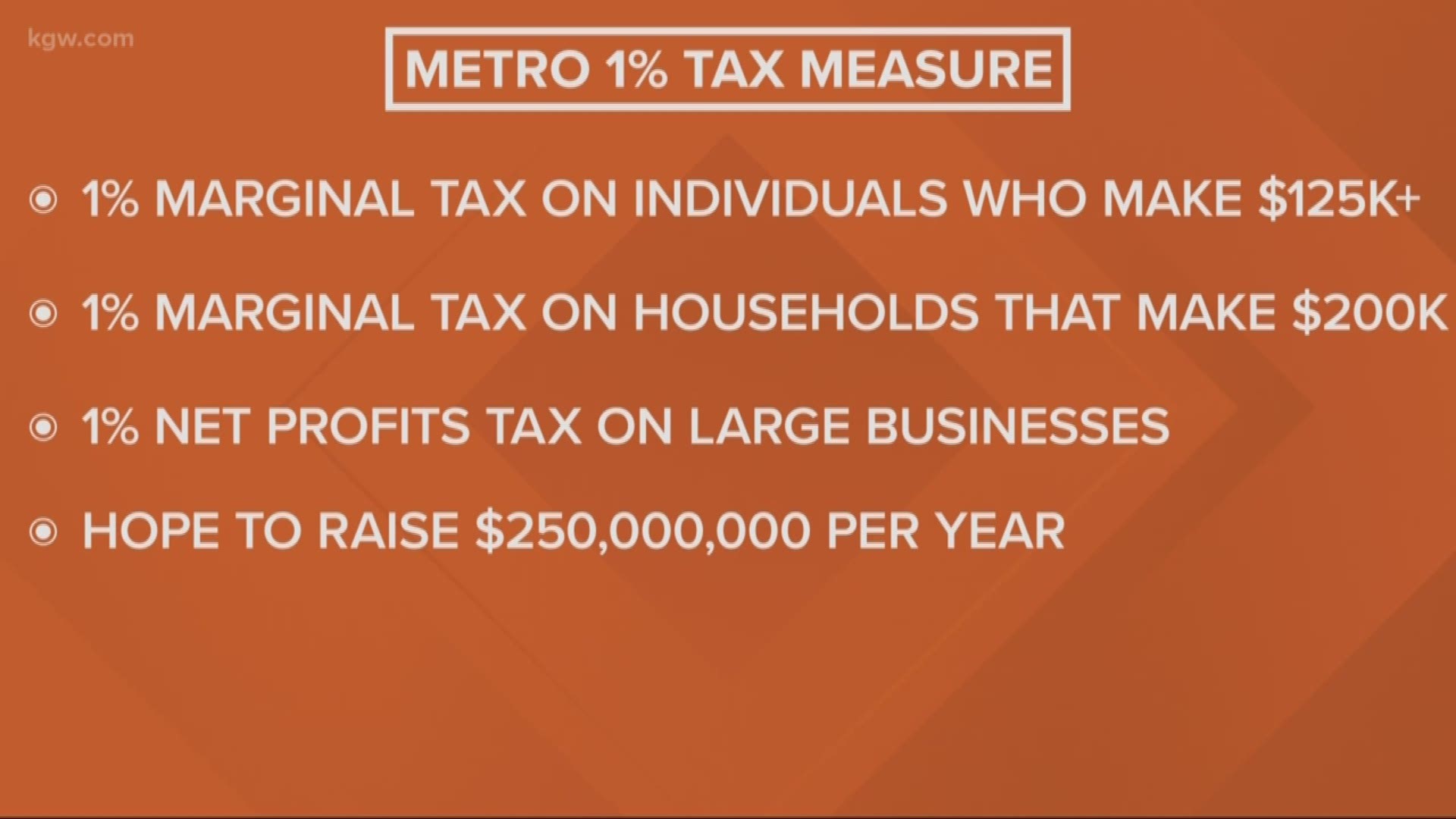 PORTLAND, Ore. — The Metro Council approved a homeless service tax measure on Tuesday, and voters will have a chance to decide on it this May.

The Supportive Housing Services proposal would mean a 1% marginal tax on individuals with a taxable income of $125,000 or more in Multnomah, Clackamas and Washington counties, and joint filers making $200,000 or more. Only the income over those amounts would be taxed.

There would also be a 1% tax on the profits of businesses that generate more than $5 million in revenue.

It’s expected to raise $250 million a year for homeless services.

"You can't walk down the street in any part of this region and not see the affordability crisis and the homelessness crisis on our streets." Metro Councilor Christine Lewis told KGW earlier this month. "We have to step up to support the services we know are so critical to getting people inside."

(Note: The video above references an earlier version of the proposal)

Lewis said she believes the tax on higher income individuals and families is fair.

The proposed taxes have found backing from elected officials including Portland Mayor Ted Wheeler, as well as the Portland Business Alliance, a regional chamber of commerce.

Between 5,000 and 12,000 people within the metro region are estimated to stay outside or in homeless shelters, according to the HereTogether coalition, a group seeking solutions to homelessness.

The taxes would end on Dec. 31, 2030, unless voters extend them, according to The Oregonian.

Another likely tax measure in May would help expand early preschool in Multnomah County and raise between $150 million and $250 million.

RELATED: Verify before you share: How to spot disinformation in election season

RELATED: How to register to vote in Oregon and Washington for the 2020 election