The Joint Ways and Means Committee deadlocked on the vote but Senate President Peter Courtney used his official powers to break the tie. 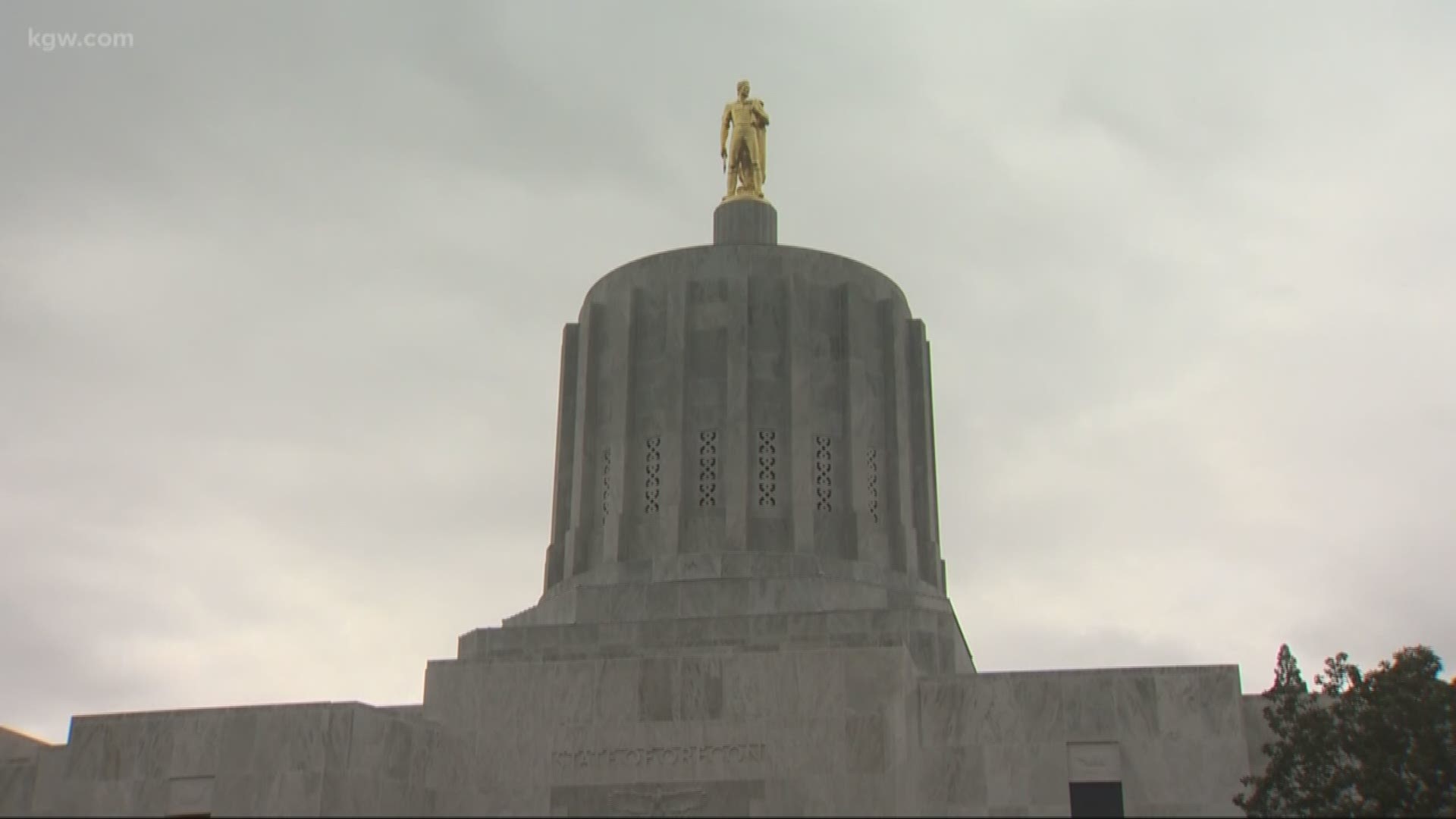 SALEM, Ore. — Oregon Senate Republicans left the capitol Monday morning, part of a boycott of an upcoming floor vote on a cap-and-trade bill after it passed out of a joint committee Monday morning.

The Joint Ways and Means Committee deadlocked on the vote, but the tiebreak was broken by Senate President Peter Courtney, who used his official powers to overcome a no vote by Democrat Betsy Johnson of Scappoose.

Also defeated was a Republican amendment to send Senate Bill 1530 to the voters.

"Senator Courtney’s actions leave no other option for Senate Republicans but to boycott and deny quorum because cap and trade is on the way to the Senate floor," Oregon Senate Republicans said in a statement. "Democrats refused to work with Republicans and denied every amendment that was presented. Pay attention Oregon – this is a true example of partisan politics. Instead of referring this legislation to let the people decide, the Democrats are willfully ignoring 26 counties and one district, representing nearly 2 million Oregonians that have signed proclamations against cap and trade, to push their agenda."

After the Joint Ways and Means Committee committee adjourned, the Senate convened with virtually all Republicans already absent.

Courtney made an impassioned plea to his Republican colleagues to return to the floor.

"We have an incredible budget our co-chairs have put together that has so many programs that are so important to all Oregonians," Courtney said. "There are also policy items that are very bipartisan. ... At midnight on March 8, we have to shut this thing down. So I implore my fellow Senators to please return to this chamber so we can do this budget and we can do these things."

Courtney said Senate Bill 1530 has "more than enough votes on this floor to pass ... and that is not going to change."

Courtney said he wouldn't send state troopers to find and bring the absentee senators back to the capitol.

In a news conference Monday, Oregon Gov. Kate Brown said she's not authorized to call for troopers without Courtney asking for it. She mentioned all the other bills, like the Umatilla flooding recovery bill, and the need to work on those during the legislative session.

She said the GOP senators need to do their jobs and said what happened Monday was "a sad moment for Oregon."

Oregon House Speaker Tina Kotek said what Republican lawmakers are doing is a "crisis for our democracy."

"Legislators shutting down the government by walking off the job is a crisis for our democracy," Kotek said. "This is not a game. ... The members who refuse to show up and do their jobs are saying to a large majority of Oregonians: Your vote doesn't matter."

What will it cost you?

RELATED: Read the latest version of the bill as of Feb. 24

Democrats thought they had the votes to get the bill through the committee Monday morning, but Republican Senator Tim Knopp thought otherwise.

"The Democrats have seven votes, Republicans have five votes and Betsy Johnson, Sen. Betsy Johnson from Scappoose, is one of the Democrat votes. She is opposed to the bill," Knopp said Sunday. "So, it will be high drama at 9 a.m. Monday morning."

But the drama ended quickly on Monday, as Courtney forced the bill to pass, a big power play.

Senate Majority Leader Ginny Burdick said they have made a lot of compromises and the bill looks different than it did last session, when a walkout brought that effort to a close. She said the new bill better reflects the interests of all of Oregon.

"We're an urban state, a suburban state, and we're a rural state, and all those voices are important and all need to be taken into account when we do a bill like this," Burdick said. "Bottom line: We don't want to lose a single job in Oregon and we want to create many, many more jobs in our new, clean energy economy."

Knopp thinks the key elements of the bill should be decided by voters.

"All of the Republicans I am aware of are voting no on the bill," Knopp said. "They think it's too complicated, too expensive, and inefficient to do carbon reduction in the way that's currently being done."

KGW poltical analyst Len Bergstein said the walkout, the second such move in consecutive legislative sessions, will change politics as we know it in Oregon.

"If every time that you don't agree with someone you walk out, that's what happens, it's 'my way or the highway,' well then you've got a different tone to politics than you do in terms of the politics I've known all the time I've lived in Oregon," Bergstein said.