Investigators found two women felt their careers were in jeopardy because of breakups with Rep. Diego Hernandez. 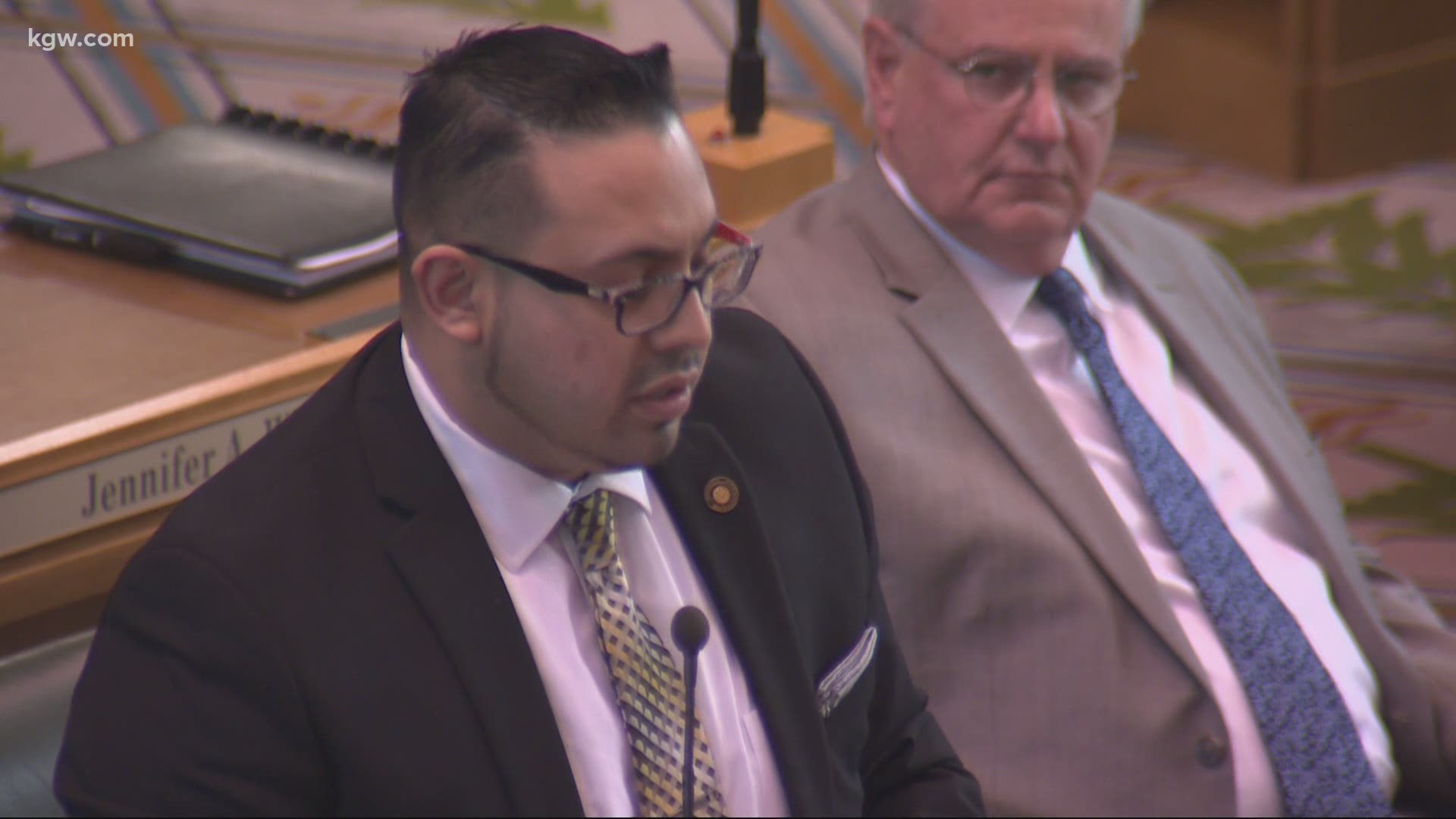 The report was dated January 22 and first reported publicly by OPB on Monday.  Investigators found both women felt their careers were in jeopardy because of the breakups.

One of the women told investigators that after she tried to end things, Hernandez texted and called frequently, left flowers on her car at the Capitol and showed up at her home unannounced, prompting her to hide in her closet where he couldn’t see her. Eventually, the woman told investigators, Hernandez stopped texting about their relationship and started sending texts criticizing her work performance.

The investigation also found a third woman had reason to feel uncomfortable working around him after their relationship ended. Investigators wrote the representative sent her texts that could reasonably be interpreted as “controlling and abusive”.

None of the women are named in the investigation.

Hernandez, who won reelection in 2020, issued a statement on the investigation Tuesday.

It read in part, “Dating when you are young is hard. Some dating relationships do not end definitively, but rather slip away over time. There is often some confusion, mixed signals, and strained emotions. To anyone I made uncomfortable in my personal life, I sincerely apologize.”

The state representative went on to say he comes from “…poverty and a lot of trauma and it has taken me a long time to understand, grow and learn from it.”

He ended the statement by saying he looks forward to presenting his rebuttal at next week’s conduct hearing, writing “Too often we have seen the conduct rules politicized, cases tried in the press, and punishment meted by leadership before investigations are complete … in reality, it’s a fear-based system that traumatizes all sides in an unreasonably lengthy process that has no basis or intent in restorative, reconciliatory, or transformative justice.”

Kotek issued a statement on the investigation as well, writing “I believed [the women] then and I believe them now. I’m focused on doing everything I can to ensure the Capitol is a safe working environment and that people can do their work without the threat of harassment or retaliation.”

The investigation into Hernandez’s conduct is one of the first after lawmakers completed a massive overhaul of the state’s reporting and vetting system when it came to complaints about harassment in the workplace. That overhaul stemmed from a watershed moment in 2019, when a series of complaints from nine women who worked at the Capitol resulted a $1.1 million settlement.

Andrea Valderrama, chair of the David Douglas School Board and a former Portland City Council candidate, filed a restraining order against Hernandez in March. In court documents, Valderrama wrote that while they were living together between January and April 2019, he was prone to violent outbursts, including throwing things at her while under the influence. She said that he usually mixed “alcohol, narcotic pills and marijuana.”

Valderrama requested a dismissal for the order after what she called “intimidation tactics” from Rep. Hernandez. She declined to comment for this story.