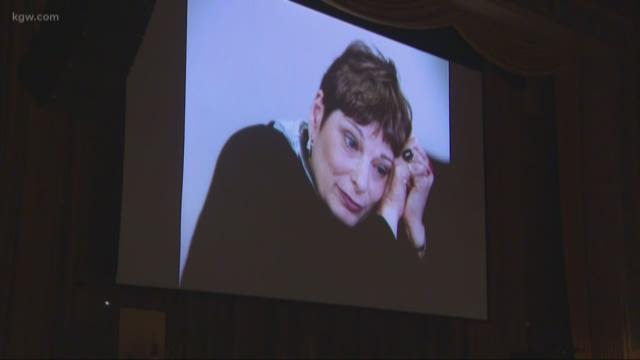 PORTLAND, Ore. — Hundreds gathered at the Portland Art Museum Sunday afternoon to pay their respects to the late Vera Katz.

Katz, who was Portland’s longest serving female mayor, passed away last month due to complications from leukemia and kidney failure. She was 84 years old. Prior to serving as mayor, Katz became the first female speaker of the house in the Oregon legislature.

The tribute featured several speakers, slide shows and videos remembering Katz’s legacy. Her son, Jesse Katz, said that the event was intended to be an “unpretentious and uplifting” tribute to his mom. "Mom always said that the most important thing to her was to make a difference,” he said in a statement.

"She was the best mentor a person could have. I could talk to her about anything and she'd never pass judgment,” Carter said during Sunday's tribute.

"[Vera] was a remarkable woman in every respect. And loved this city and it reciprocated by loving her back. And that was obvious today,” said Betsy Johnson, a current state senator, of the tribute. "You can't be downtown in Portland and look around this city, and not see Vera's fingerprints on everything."