Legislators are considering changing the state constitution to lower the voting age to 16 in all elections, including for federal office. The move would ultimately need approval from voters in the 2020 ballot. 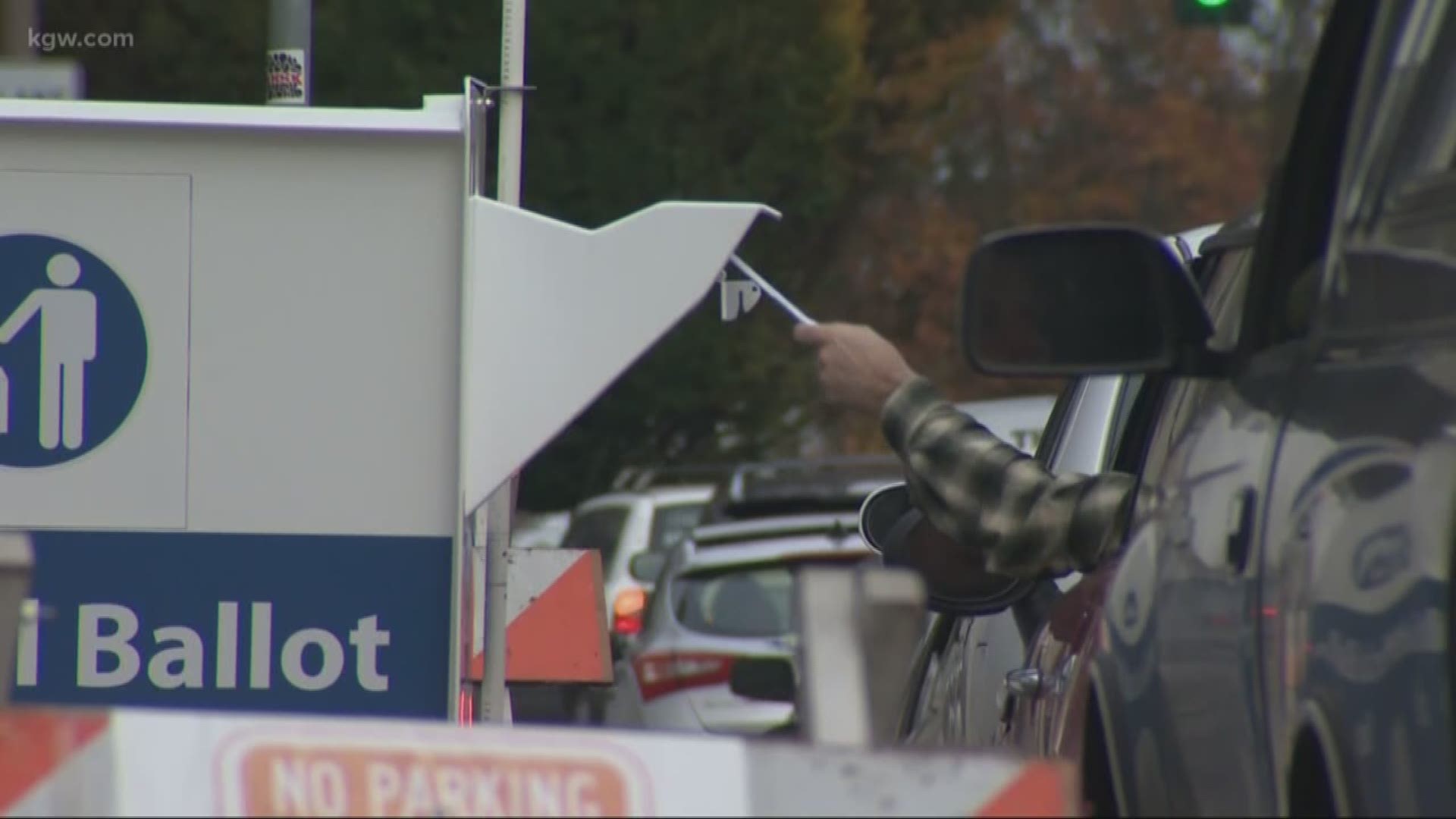 SALEM, Ore. — Hundreds of teens spent their spring break pleading with Oregon state lawmakers to consider lowering the voting age to 16, saying young people deserve a say on issues that will directly shape their future including gun control and global climate change.

"The decisions our election officials make now will affect us for the rest of our lives, which is why we need a say," Jeremy Clark, a 14-year-old from Portland, testified on Wednesday. "We are tired of waiting for the adults to take action."

Legislators are considering changing the state constitution to lower the voting age to 16 in all elections, including for federal office. The move would ultimately need approval from voters in the 2020 ballot.

RELATED: Should 16-year-olds in Oregon be allowed to vote?

Teens around the country have emerged as a powerful political force since a school shooting at Parkland, Florida, that left 17 students and teachers dead. Students have since staged multiple school walkouts calling for more gun control, and have separately staged political demonstrations demanding action on climate change.

The move to lower the voting age in Oregon also has the approval of Democratic Gov. Kate Brown and U.S. Rep. Earl Blumenauer.

"Sixteen-year-olds are legally permitted to work, required to pay income tax on their earnings, permitted to drive motor vehicles on their own, and can be tried as adults in the criminal justice system," Blumenauer said in written testimony. "It stands to reason that they should be able to shape their future by participating in the political process as well."

But opponents say that teens aren't mature enough to understand the political process, and that they're too young to own property or enlist in the military. Republicans add that the move is a Democratic bid to get more liberal voters.

"People are not legally considered adults in this country until they are 18 years old, and I believe they shouldn't be able to vote until then either," said Oregon Senate Republican Leader Herman Baertschiger, Jr., of Grants Pass. "This is nothing more than an attempt to expand the voter rolls to sway elections."

KGW political analyst Len Bergstein says this is a classic connection between good policy and good politics. He says it's not clear at this point whether or not the bill will secure enough votes in the Legislature to pass through.

"It's supported by a lot of Democrats for political and policy reasons that a larger voter pool is better for democracy and better for Oregon. And there are others who say let's make sure when voters come they are fully qualified, they're the right kind of voters, they're old enough to make decisions. So that's where the debate will be."

Bergstein says it's crucial to instill good habits in young people, and being involved in the civics process is a great thing.

"The arguments I think are very heartfelt in terms of what you want the democracy to look like. More voters or really just qualified voters. And that’s a debate going on all over the country and we’re watching it in Oregon," Bergstein added.

KGW spoke with Oregonians and visitors on Thursday to find out how they feel about this potential change.

"I know how I was at 16 and there's a potential to be kind of irrational or go with your gut without much thinking. But I don't know, it could inspire a sense of maturity and activism in younger generations," said 21-year-old Mia Ugalde.

Ugalde believes there are benefits to lowering the voting age because children are the future.

"I think i'ts good for younger people to educate themselves and try to get involved in any way that they can because, I mean, decisions being made are going to impact their future more than anybody else’s," Ugalde added.

"I don't think it'd be as good because they might not know as much as people that are 18, they might not be as involved. So, I feel they might not make the right choices as someone more responsible, around 18," Taras said.

However, if this passes and kids his age are given the right to vote, he said he probably would. But he would want to be more involved and informed by researching the issues.

His mother, Sienna, said she's unsure whether she fully supports it. She feels teens don't have as much life experience as adults.

"I don't know if a lot of 16-year-olds are really knowledgeable on what’s going on in order to vote," she said. "I suppose if they wanted to vote at 16 then they are going to inform themselves and are going to learn about who the president is, what’s going on and that could be very positive for the youth to have that option," Sienna added

Meanwhile, others argue if you are responsible enough to drive, you should be able to vote.

"I know several adults that don’t make the best mature decisions or don’t have the best thought process even though they’re much older than 16. So I don’t think age should really be too much of a factor," Portland resident Mallory Quinlan said.

The 26th amendment to the U.S. Constitution lowered the voting age from 21 to 18 in 1971. While states cannot raise the minimum voting age, they can lower it in state and local elections. Thirteen states have introduced measures to let teens vote, though none have passed.

Oregon is one of 14 states to let 16-year-olds pre-register to vote, according to the National Conference of State Legislatures . At least 195,500 young people preregistered in the state since the program began in 2007, with nearly half of them preregistering between 2016 and 2018. At least 18,800 of those pre-registered voters who turned 18 before the 2018 midterm elections cast a ballot, according to a report from the Center for American Progress.

"Being young doesn't mean we can't make educated decisions," said Amira Tripp Folsom, a junior at La Salle Catholic College Preparatory near Portland. "The changes being made to our future should be decided by those actually impacted."