Recall petitions are nothing new for Oregon governors. But no group has been able to get enough valid signatures by the 90-day deadline to push it forward. 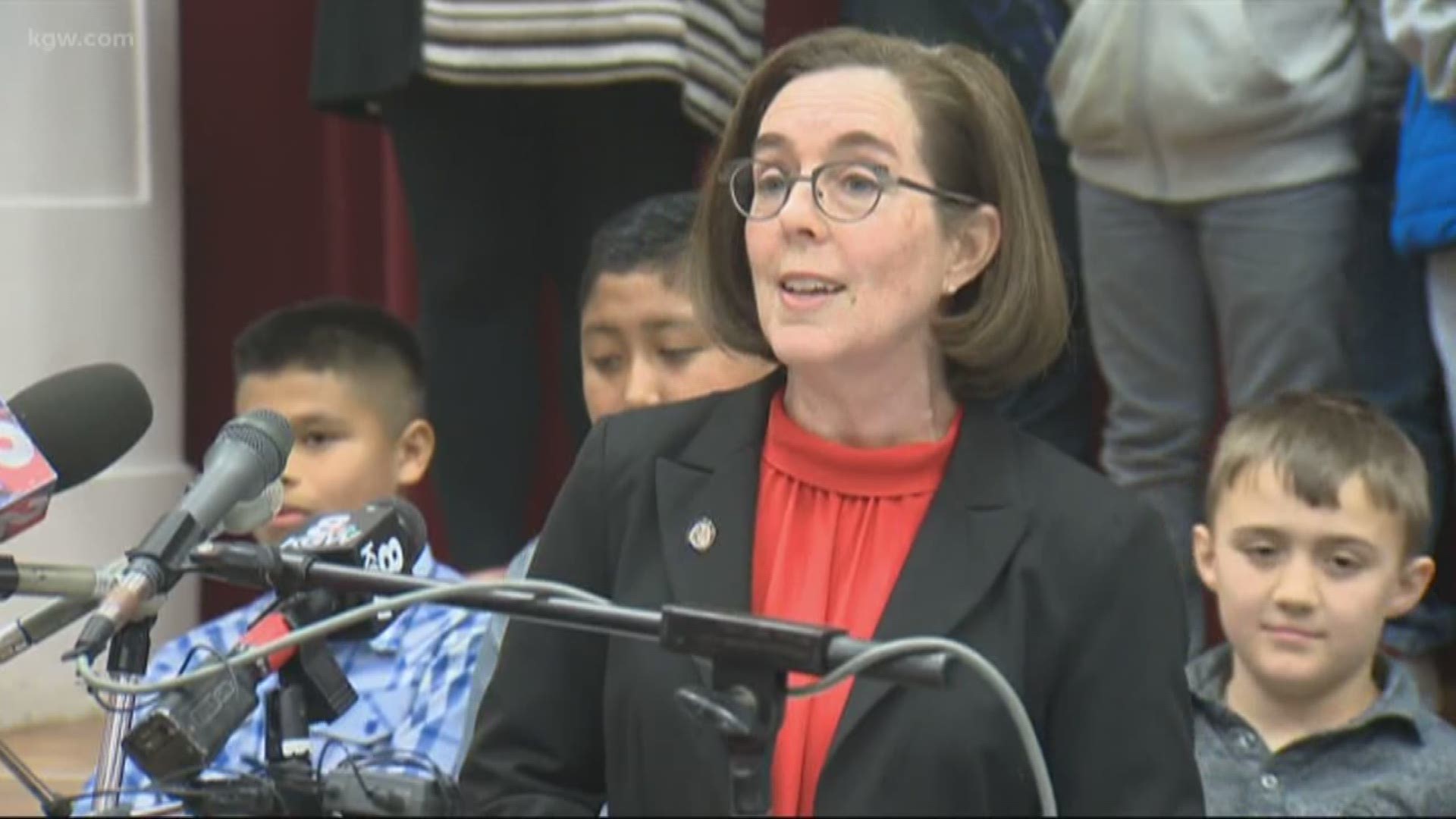 PORTLAND, Ore. — Efforts to recall Oregon Gov. Kate Brown are underway after paperwork was filed Monday by the chairman of the Oregon Republican Party. Now, organizers face an uphill battle to gain the thousands of signatures needed to force a special election in November, according to one expert.

“This is a real, real long shot. It just has never happened in Oregon History – that people have been able to get the signatures,” said Pacific University political scientist Jim Moore.

Recall petitions are nothing new for Oregon governors. Both Democrats and Republicans have faced these efforts in years past, but no group has been able to get enough valid signatures by the 90-day deadline to push it forward.

“The recall is really successful at school board levels, possibly a county commissioner, a city council race, but boy, when you get to a legislative district -- really tough. Statewide, it just hasn't happened," Moore said.

Organizers need 280,050 signatures and they only have three months to do it.

It is the highest number of signatures needed for a gubernatorial recall petition than the state has ever seen before, according to Moore. And that total comes from the number of people who voted in the last governor’s race.

“The trick is in 2018 we had the highest number of voters ever for the governor's race. So, they have to gather more signatures than have ever had to be gathered before, simply because more people turned out.”

Recall petition filings don't come as a shock to Moore, but the chairman's efforts do stand out for one reason in particular.

"It is somewhat of a surprise because the Republican Party is doing it, rather than citizens who are saying, we're rising up and saying we want to recall the governor. There's one citizen that's filed, but it's not clear if theirs would go anywhere," he said,.

In the paperwork filed by Oregon Republican Party Chairman Bill Currier he cites a number of reasons behind filing the petition writing.

“She has threatened to usurp legislative power with executive orders to implement her failed legislation, deciding single-handedly what is best for Oregon. This is not the Oregon way," the petition says.

The list of reasons includes a multi-billion dollar tax hike for schools, driving privileges for undocumented immigrants, and Brown's announcement that she's willing to use executive powers to implement climate change policies.

“This is about accountability for governance. We want to stop the abuses of the governor, we want to stop the failures to basically execute the laws of Oregon and stop the pursuit of special interests and political agendas and instead focus on the needs of Oregonians,” Currier said in a radio interview with FM 101 KXL.

Currier acknowledged that getting enough signatures in 90 days will be a challenge, but he believes there is enough energy from multiple groups to get it done.

“The reason that’s we’re pursuing this is that it’s been very clear that there’s a lot of energy from all of these groups and we’re getting hounded, we’ve been getting hounded daily for a number of weeks on people wanting to get involved; recall the governor, stop this bad legislation,” Currier said to KXL. “And so, we just kind of did the math on it and said the numbers are there. We could do this.”

He did not specify which groups he was referring to.

Thomas Wheatley, political adviser to Gov. Brown, released a statement in response to the recall.

"First, Republicans held the legislative process hostage, now they want to undo the entire election. They claim it's about education funding and addressing climate change. But this is really about [President] Trump's politics descending on Oregon. It has no place here and should go back to the morally corrupt place it came from," he said.

If the governor is recalled, it is a bit unclear who would take over. One part of the Oregon Constitution says the Secretary of State is next in line. But another provision implies the successor must be elected. Oregon’s current Secretary of State, Bev Clarno, was appointed after the death of Dennis Richardson.

The Oregon Supreme Court would likely have to weigh in to settle that dispute.

A second petition was also filed Monday by a man named Michael Cross. He tells KGW he is the spokesperson behind the #flushdownbrown grassroots campaign.