Another heartwarming moment between George W. Bush and Michelle Obama was captured on video, bringing smiles to an otherwise sad day. 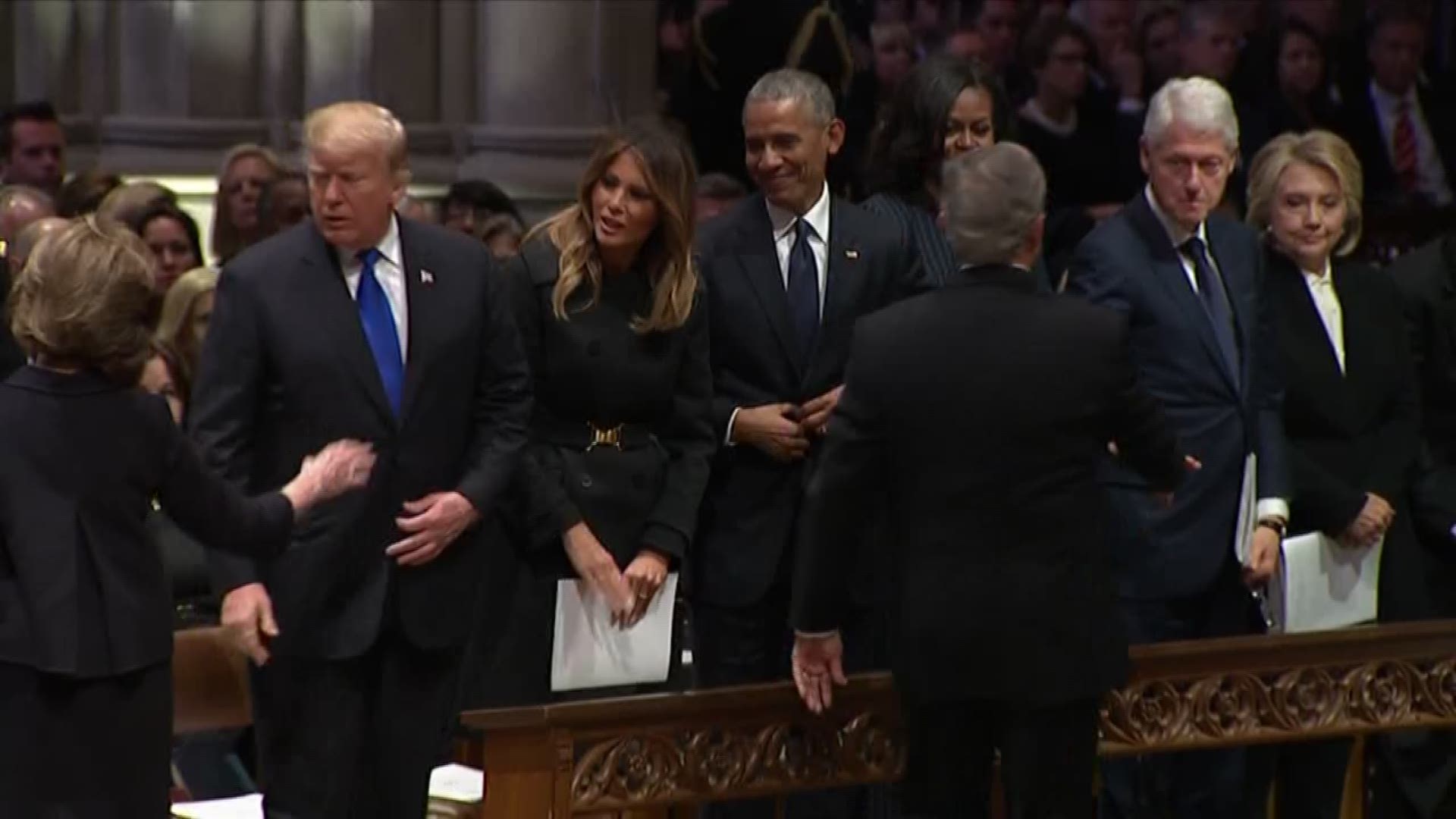 Bush led his family down the aisle at the National Cathedral in Washington, D.C. and stopped to greet President Donald Trump and the former presidents seated at the front.

But those watching closely saw Bush reaching into his pocket for something as he approached, handing whatever it was to Michelle, who was seated next to Barack. The two shared a smile and a laugh.

In September, George and Michelle had a similar exchange at John McCain’s funeral. The video went viral and warmed the nation’s hearts.

And yes, Twitter is going wild again at the sight of the candy exchange:

You can see him getting it out of his pocket walking up there. There's a insider joke here somewhere. Lol

I think ole' Georgy has a crush on Michelle.

Guess she can't bring her own