Sam Adams, who returned to Portland this summer, told KGW, "it's an opportunity, coming back to Portland, to present my side of the story." 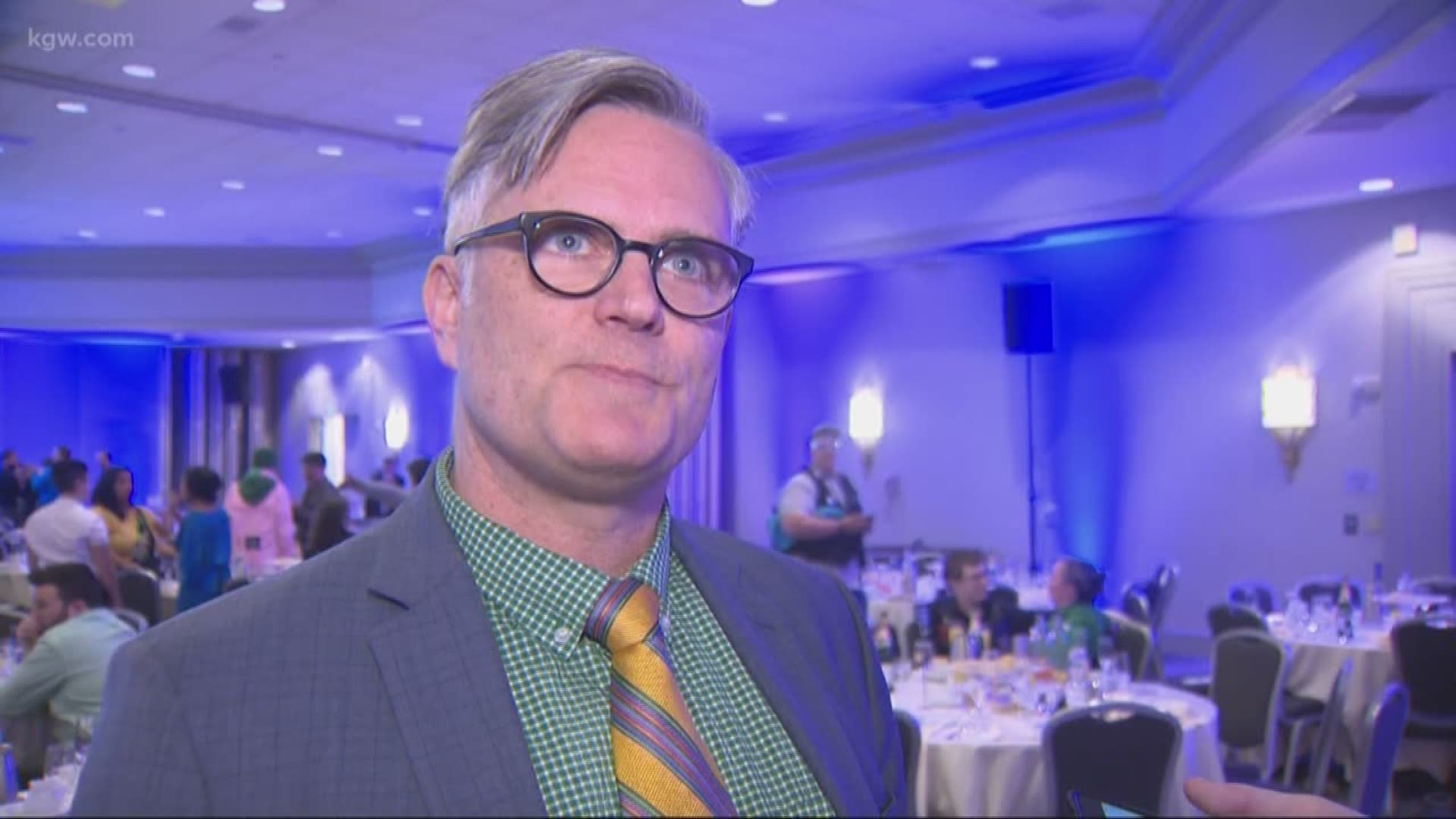 PORTLAND, Ore. — Former Portland Mayor Sam Adams is back in the city, trying to clear his name after sexual harassment allegations were made against him two years ago as the #MeToo movement started.

Adams returned recently after four years in Washington D.C. leading non-profit work, back in the city he once ran.

"It's been two months. I've been taking care of family that are sick and just getting settled," Adams said.

On Sunday, Adams was honored with this year's Supernova Award at the Q Center’s Shine brunch. The city’s first openly gay mayor and co-founder of the Q Center was recognized for a lifetime of service to the LGBTQ2SIA+ community.

"It's really gratifying to get the supernova award from the Q Center. It was 18 years ago that we embarked on creating the Q Center. Cities around the state had community centers for the LGBTQ+ community, but not Portland," he said. "It's a thrill to get this award."

This weekend's honor, however, and Adams' return to Portland come after a string of controversy.

In 2009, shortly after becoming mayor, news broke that Adams lied about an affair with legislative intern Beau Breedlove.

It prompted two failed attempts to recall him from office, after which he decided to not run for reelection.

Then, two years ago, as the #MeToo movement was breaking out of the shadows, so did allegations of sexual harassment against Adams while he was mayor.

In November 2017, Adams' former executive assistant, Cevero Gonzalez, accused him of engaging in unwanted sexual behavior, according to Willamette Week.

In a letter to Portland city officials, Gonzalez wrote that Adams asked him specifics about his sex life and told him "details of his sexual exploits."

In a recent Willamette Week article, the paper looked back at those allegations, including one of the most "damaging and widely quoted allegations."

Gonzalez claimed he picked Adams up at the airport after he returned from a trade mission to China. Adams allegedly asked him, "When was the last time you got laid?"

When he did not answer, Adams allegedly said, "Don't be so uptight," as he "lightly grabbed at his crotch."

The Willamette Week reports that, "in fact, emails Adams found show it was Adams' economic development aide, Clay Neal, not Gonzalez, who picked Adams up after his China trip, something Neal has confirmed."

Gonzalez told the paper Neal may be correct, saying, "It may be I confused this detail."

He also accused Adams of exposing himself to Gonzalez, but Gonzalez told the Willamette Week,  that "the 'exposure' came when he'd pick Adams up at home and the mayor would answer the door in his underwear; when he needed clothes altered at the office; or when Adams changed clothes for formal events. He says the exposure was never sexual—Adams never propositioned him—it was just inappropriate and uncomfortable."

Adams told KGW that the new details included in the Willamette Week article showed that those allegations "are false."

"The Willamette Week article about a couple of weeks ago did a good job of bringing to light some of the facts that show that these allegations are false," Adams said. "There's more evidence to come and we'll get that out as it becomes available."

Now that Adams is back in Portland, he is working to clear his name.

"The allegation that was core to those claims, the accuser had to backtrack," Adams told KGW. "So, that's just part of the evidence. There'll be more evidence coming up. And it's an opportunity, coming back to Portland, to present my side of the story."

When asked about a possible run for office in the future, Adams said he hasn't "even thought about it."

He instead referred to himself as "Citizen Sam" and said he's concentrating on issues facing the city as a neighbor, not a politician.

"We can't be complacent, and we've got to, all of us, pitch in wherever we can. Whether that's being in the highest elected office in the city or scrubbing graffiti in your neighborhood," he said.