DHS: Feds sustained 277 injuries while in Portland, including temporary blindness

The Department of Homeland Security reported that approximately 140 federal officers were injured while protecting the federal courthouse. 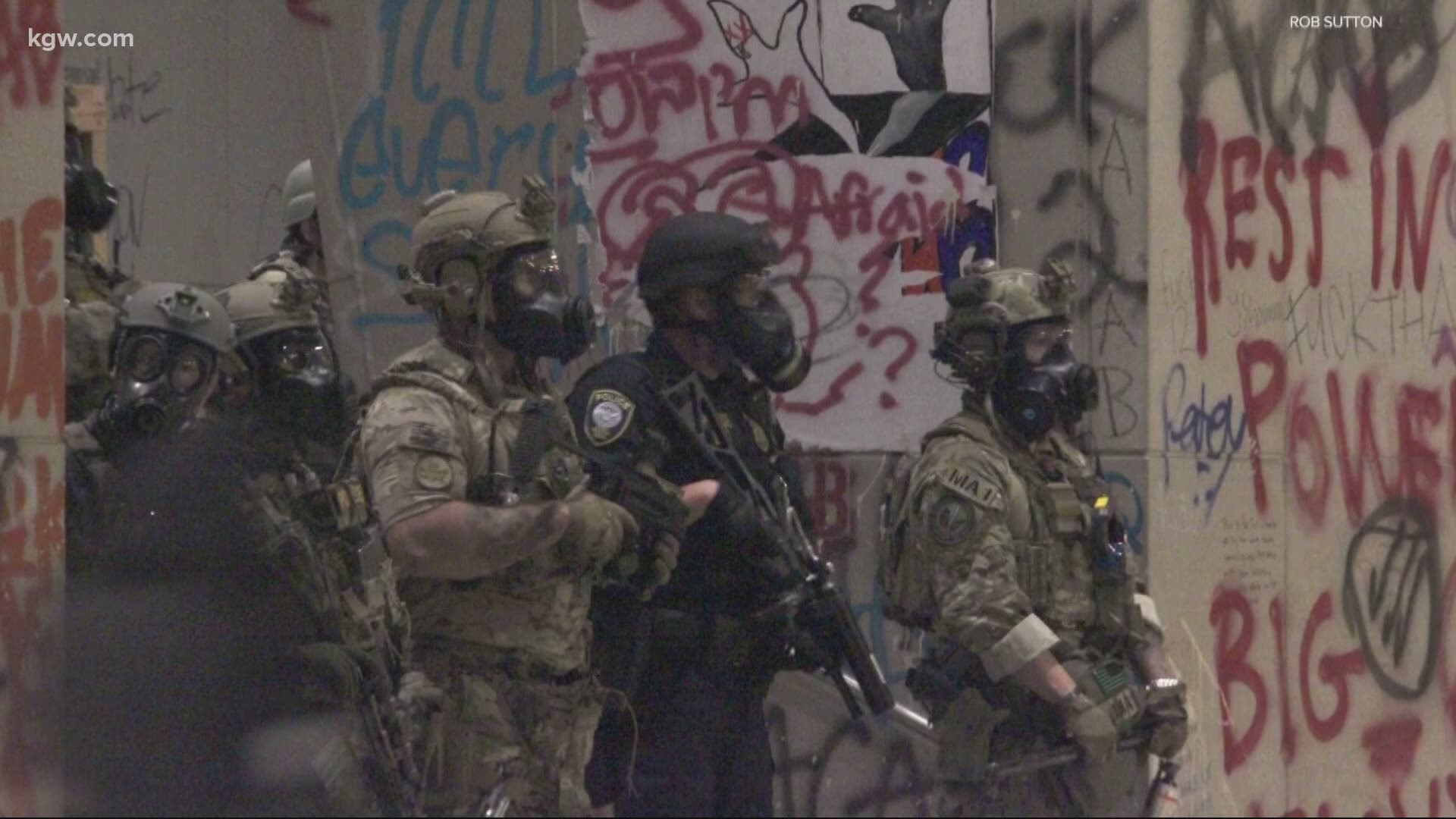 PORTLAND, Oregon — In Washington DC, Tuesday, a Senate subcommittee held a hearing titled, Protecting Free Speech and Preventing Violent Protests. At the center of it was the city of Portland and protests in front of the Mark O. Hatfield Federal Courthouse.

“Violent extremists in Portland have perverted the peaceful protests in the aftermath of George Floyd's tragic death,” said Ken Cuccinelli, acting deputy secretary of the Department of Homeland Security. Cuccinelli called the protests in Portland, "unprecedented."

“DHS did not have to expand its presence in Portland because of peaceful protesters,” Cuccinelli told lawmakers. “And that's why I'm sitting before you, today.”

Cuccinelli said around 140 federal agents tasked with protecting the federal courthouse sustained at least 277 injuries. Of those, he said 113 were eye injuries from lasers.

“If I hold my hand in front of that laser, it's hot by that point in time,” said Cuccinelli, demonstrating with a blue laser pointer.

“We've had a number of officers have days-long blindness,” said Cuccinelli. “So far they've all kind of come back.”

Cuccinelli said the remaining injuries sustained by officers were related to hearing, followed by contact with objects such as frozen water bottles, pipes, fireworks, chemicals and Molotov cocktails.

Senetor Ron Wyden was among several lawmakers to challenge why federal agents were brought to Portland.

“Violent conflict in Portland was down before Donald Trump got involved,” said Wyden. Portlanders are standing up for justice.”

During his testimony, Wyden focused on constitutional rights. He questioned who Americans believed was a greater threat to those rights—federal agents, or protesters.

“Is it the Oregonians who gathered in my hometown in overwhelmingly peaceful protests for racial justice since the murder of George Floyd?” Asked Wyden. “Or, is it the heavily armed ‘secret police,’ who snatched Portlanders off the streets in unmarked vans and interrogated them without justification or charges?”

Several times during his testimony, Cuccinelli distinguished between the protesters Wyden and other lawmakers described, and those he said were responsible for violence.