'Everything is on the table': City, county eyeing major cuts in pandemic-ravaged budget

Sharp drops in lodging taxes, business income taxes and other key sources of revenue have the city projecting a $75 million dollar shortfall in their general fund. 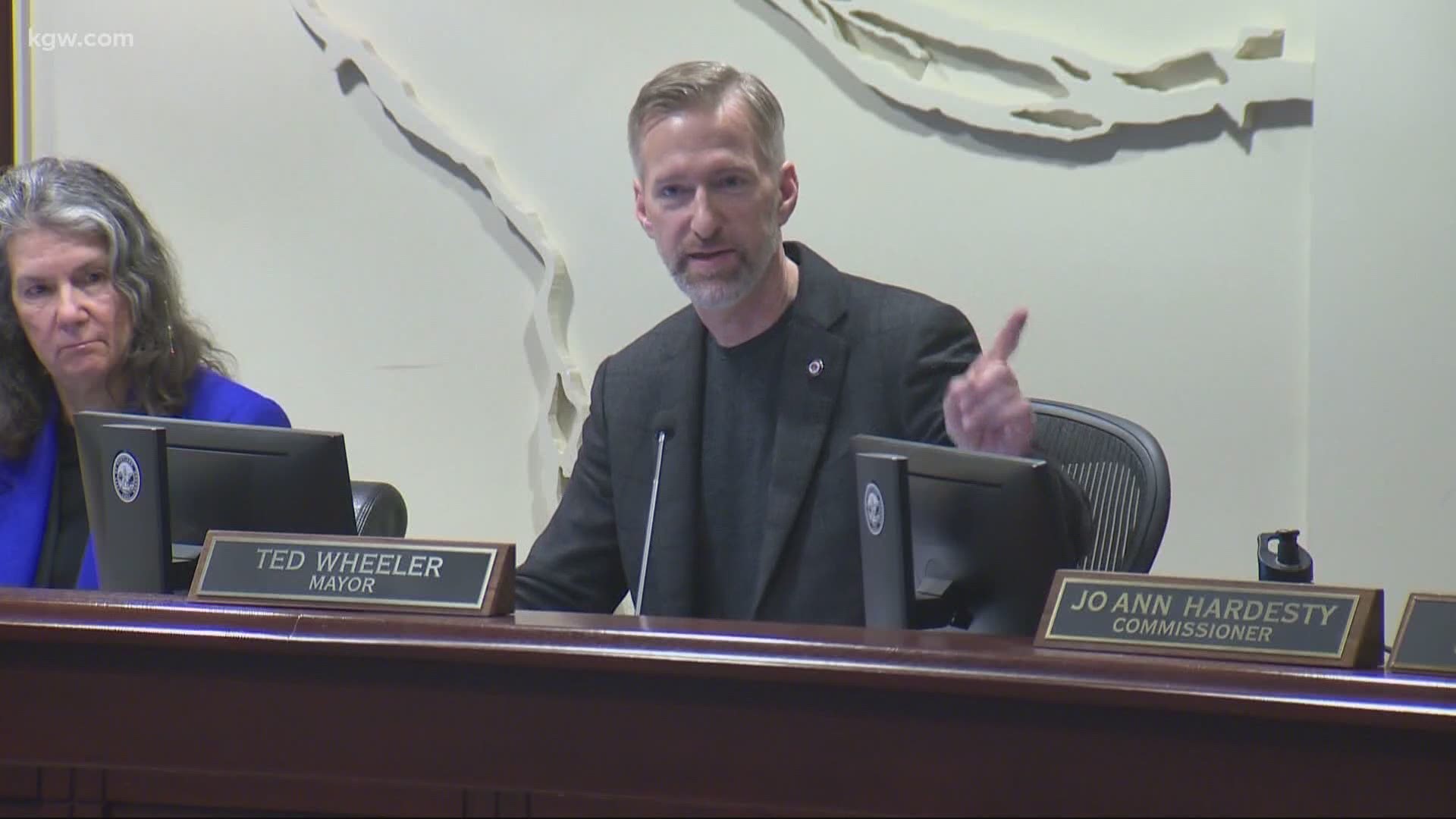 PORTLAND, Ore. — The COVID-19 pandemic has brutally gutted budgets for the city of Portland and Multnomah County, forcing tens of millions of dollars in cuts heading into the 2020-2021 fiscal year.

Whether those cuts will translate to lost jobs for government workers or lost services for the public remains to be seen.

In the first of two budget-related press conferences Thursday, Mayor Ted Wheeler and his staff walked reporters through his proposal for the city of Portland.

“I'll say this is unlike any budget I’ve ever produced,” he said.

In short, sharp drops in lodging taxes, business income taxes and other key sources of revenue have the city projecting a $75 million dollar reduction in their general fund.

Per his proposal, the Mayor thinks he can cover more than half of that with city reserves and by rolling back previously drawn up plans to underspend in some areas, but to cover the rest, he's calling on every city bureau to cut their budget by 5.6%.

While it’s now up to each bureau to decide whether that means cutting staff or programs, the Mayor sent a message.

“This budget relies on cuts to personnel compensation,” he said. “In order to avoid layoffs, I've asked our labor partners to share in the sacrifices that others are already taking, however, if we're unable to reach an agreement, bureaus will be forced to address a nearly $9 million general fund gap with layoffs.”

The push comes amid contract negotiations with the Portland Police Association.

When asked if the Mayor thinks cutting the budget for the Fire Bureau could result in stations closing, he said: “Literally everything is on the table.”

On the flip side, Mayor Wheeler said his plan keeps parks and community centers that were slated to open in East Portland moving forward, protects Portland’s share of regional investments in green construction and green energy and maintains spending on homeless services through the Joint Office, which the city shares with Multnomah County.

Speaking of, county leaders sounded their budgetary alarm Thursday, too.

“Since March our revenue from the business income tax and motor vehicle rentals has plummeted,” said Chair Deborah Kafoury in a remote press conference Thursday.

Chair Kafoury was working to dig Multnomah County out of a $7 million hole.

Thanks to the pandemic that hole has grown to $45.3 million.

So, the Chair is freezing wages for managers and exempt employees while proposing a 2% cut from every county department.

She did that “…so that we wouldn't have to cut essential services to the public ... but we know that because we have a separate COVID budget, for the upcoming FY 2021, which is going to cost approximately $70 million dollars, we know that further cuts will be coming.”

The process to figure out where those cuts will hit started Thursday.

Like the Mayor, Chair Kafoury wants to protect key areas like housing assistance and homeless services, programs that help survivors of domestic violence and elections operations heading into the 2020 presidential race.

Both the city and county have received tens of millions of dollars in federal funding through the CARES Act, but guidance issued by the U.S. Department of Treasury prohibits agencies from using that money to fill budgetary shortfalls.

In a statement released Thursday afternoon, the Portland Firefighters Association hope they’d serve as an exception to that rule.

Local 43 appreciates the federal guidance to know the $114 million the city received from the Cares Act can be used for police, firefighters and first responders ensuring those on the front lines will not be impacted by states having lower revenues.

“We look forward to being part of the Mayor’s team to build that framework on how best to use those funds to prevent cuts to public safety during the current budget financial hardship,” said president Alan Ferschweiler.

The city council is aiming to vote on a final budget on May 20.

The county is aiming for a final vote on June 11.

WATCH: How Portland's budget process has evolved during the COVID-19 outbreak