Voters guide to Oregon primary: A look at the top races

Ballots will be mailed out starting April 29. Here's your guide to the big races, and a look at how, where and when to vote. 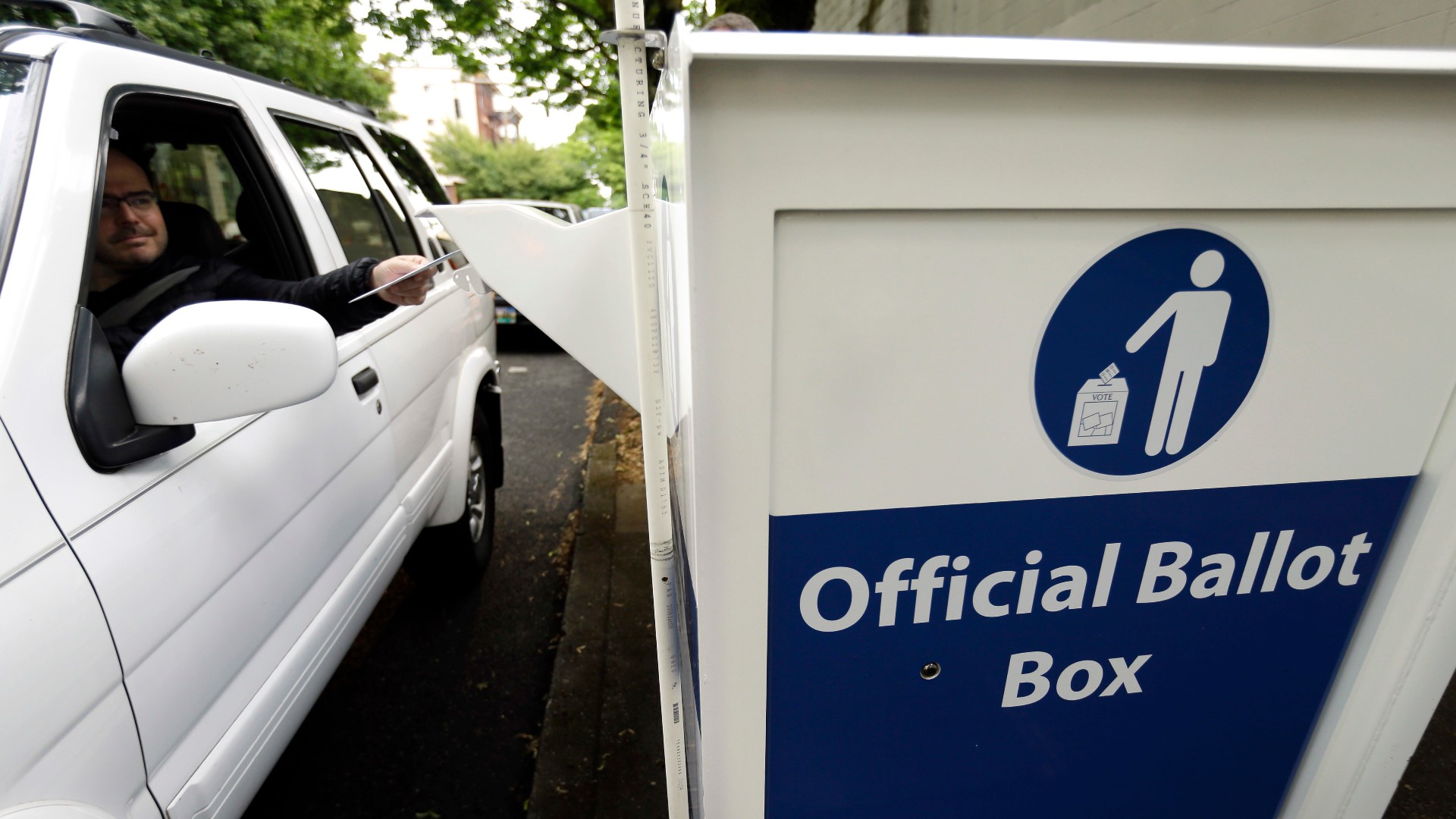 PORTLAND, Ore. — Oregon’s primary election is still scheduled for May 19, despite other states postponing their primaries due to the COVID-19 pandemic. That’s thanks to Oregon’s mail-in voting system, which does not require large groups to gather at polling sites.

Here’s a look at some of the big races across the state:

Eighteen candidates will appear on the ballot next to Portland Mayor Ted Wheeler’s name, according to the city auditor.

Four candidates faced off in a virtual debate Monday. Sarah Iannarone, Teressa Raiford and Ozzie Gonzalez took on Wheeler in the debate hosted by the City Club of Portland.

The crowded field also extends to the open city commissioner positions. The city auditor lists a total of 35 candidates for commissioner seats.

A special election is also being held the same day as the primary to fill the late Nick Fish's seat for Commissioner Position No. 2. Fish died in January after a battle with cancer.

See the full list of mayor and commissioner candidates here

Oregon’s only Republican in Congress, Rep. Greg Walden, announced plans last October to retire. Seven Republicans and four Democrats are running to fill his seat in the 2nd Congressional District, which covers all of Eastern Oregon and the Medford area.

The race includes some big names like Knute Buehler, a former state representative from Bend who ran for governor against Gov. Kate Brown in 2018. Cliff Bentz and Jason Atkinson, both former Republican state senators, are also running.

The second-highest ranking position in Oregon is an open race. Republican Dennis Richardson died in office in 2019 after a battle with brain cancer. His replacement, Bev Clarno, is not running for re-election.

Jamie McLeod-Skinner is also running as a Democrat. She ran for Congress against Rep. Walden in 2018.

See the full list of Secretary of State candidates here