Oregon and Washington have proven systems of mail-in voting and the use of secure ballot drop boxes. The systems are being tested as voting surges early. 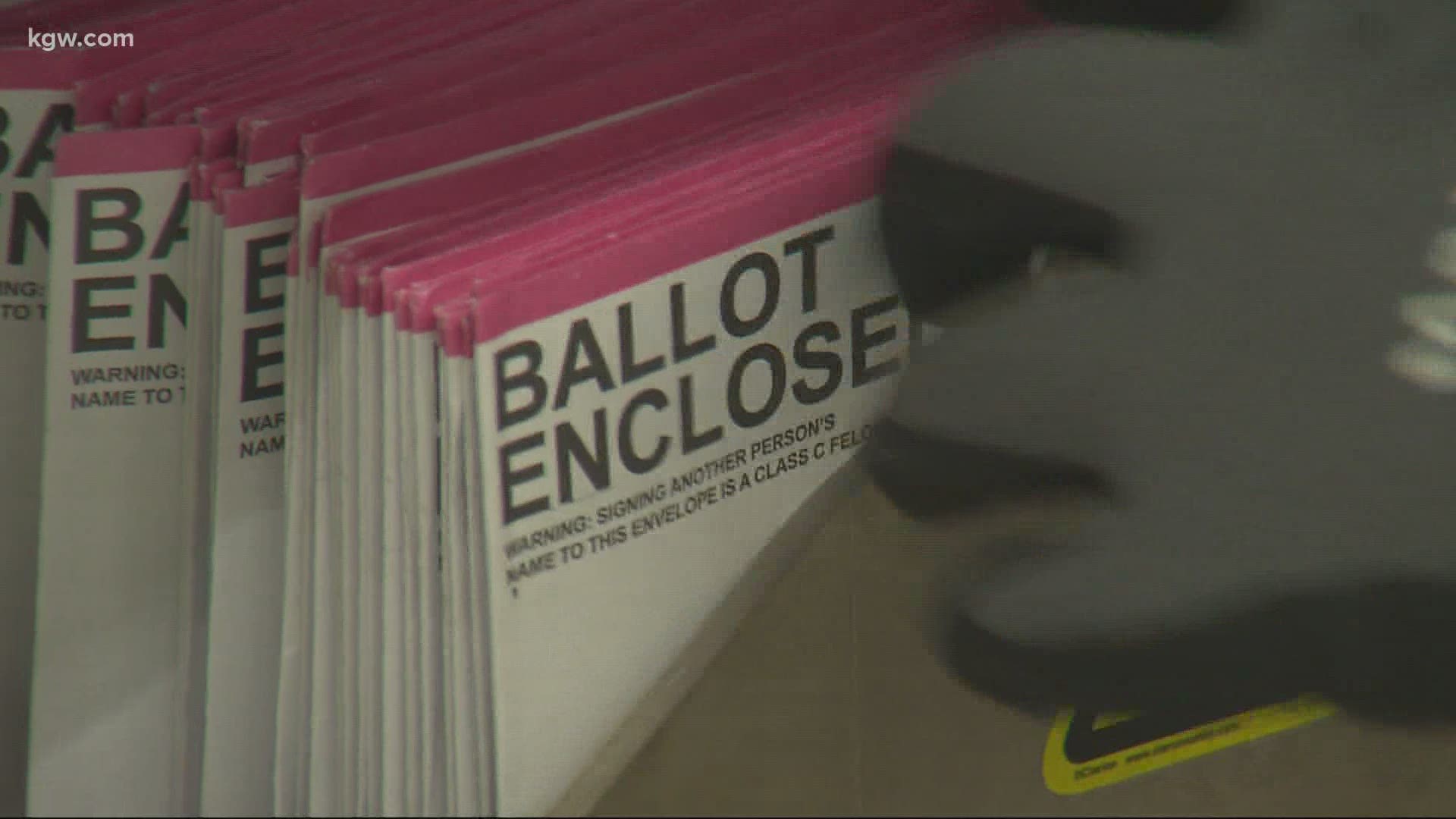 PORTLAND, Oregon — In Oregon and Washington the vote is on, and both states are seeing high interest resulting in high turnout.

The votes are coming in fast in Multnomah County.  As elections workers process ballots, director Tim Scott may be upping his total turnout prediction.

“I myself was saying 90% earlier this year, I think that might be low,” said Scott.

Scott has reason for optimism. More than 60,000 ballots had already come in to the county’s elections office by Monday morning. That's more than 12% turnout so far, much higher than the 4% turnout at this point in 2016.

Scott said despite misinformation about the safety of mailing your ballot, more than half the ballots his office has received so far have arrived safely and efficiently by mail.

Erica Kester chose to use a ballot drop box; she walked two miles to do it.

“Oh absolutely, the earlier the better, it’s the biggest election of my lifetime and I haven’t missed one,” said Kester.

Scott said voters should cast their ballots when and how is best for them.

In Washington state, the excitement to vote is clearly on as well.

“I drove from Washougal to bring my ballot into the elections office so I could get my I voted sticker,” said Tina Simms.

Simms brought her ballot to the Clark County Elections Office. She was impressed by the voters queued up for the drop box nearby.

“I feel so proud and happy. I love seeing this line of cars that goes all the way down the street to the ballot box over there. It makes me proud to see them all out here voting,” said Simms.

Fundingsland says it's great to have more voters on board.

“I was working downstairs in elections this morning and registering people; just a solid line of people coming in to register to vote and I currently see over 60 in the queue that are registering online, so it’s just a continued trend of what we’re seeing day by day," she said.

Washingtonians should know they can register to vote through Election Day at elections offices, or online or by mail by Oct. 26. And your vote-by-mail ballot is valid with a Nov. 3 postmark in Washington.

There are also drop boxes and in-person voting at elections offices; check for details in your county.

“But if they choose to mail, make sure they do it early and to get a postmark because there are different timelines on every collection box, so they really have to pay attention to that,” said Fundingsland.