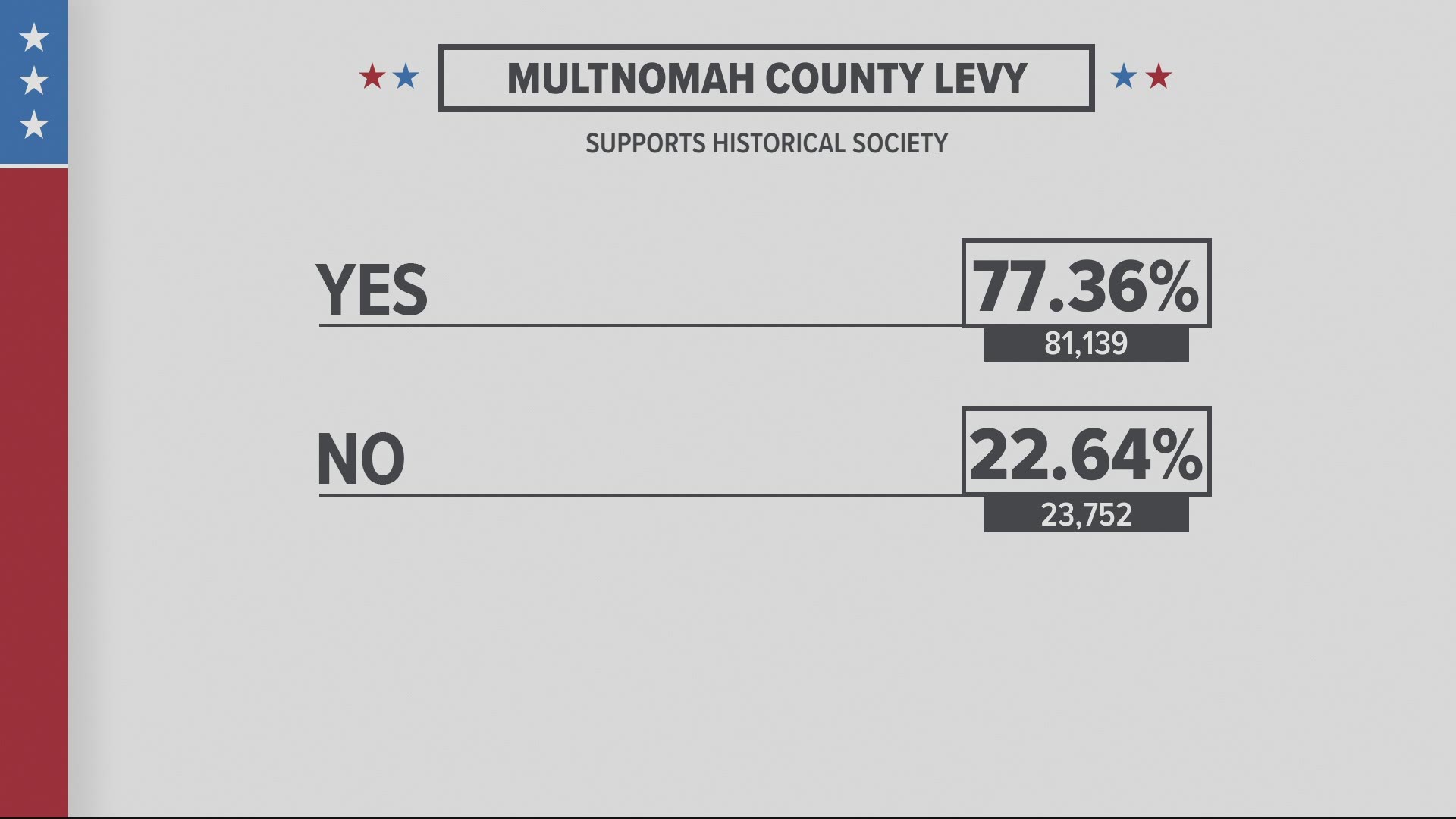 PORTLAND, Ore. — The results are coming in for Tuesday's special election, which include the Portland school board races and a measure to extend a levy to support the Oregon Historical Society.

According to partial results, Herman Green won the race for Zone 4 of the Portland School District with 73% of the vote; Gary Hollands won Zone 5 with 83% and Julia Brim-Edwards, the only incumbent, won Zone 6 with 80% of the vote, The Oregonian/OregonLive reports.

The winners will take their seats in July.

With Green and Hollands' wins, there will be three Black members on the school board for the first time in its history, the newspaper said. Michelle DePass, a Black woman who was elected in 2019, is currently the only person of color on the board.

An independent citizen oversight committee will review spending of the funds to ensure they're used as approved by voters. Audits will also be conducted annually and will be made public.

"The Oregon Historical Society preserves our state’s history and makes it accessible to everyone in ways that advance knowledge and inspire curiosity about the people, places, and events that have shaped our home. Oregon’s rich history cannot be contained within a single story or point of view; re-examination and interpretation are necessary as shifts occur within our society and our understanding of our past. Renewal of this levy ensures The Oregon Historical Society can continue to do that."

The Oregonian/OregonLive also reported that Oregon Health Authority director Patrick Allen appears to have lost re-election to the Sherwood school board. As of 6:15 a.m. Wednesday, Allen was trailing challenger Duncan Nyang'oro with 46% of the vote.

The newspaper said Nyang'oro ran on a promise to reopen the district's schools in the fall. During his campaign, he also criticized Allen and Gov. Kate Brown for not doing so.

RELATED: Critical race theory has become a flashpoint in school board races. What is it?