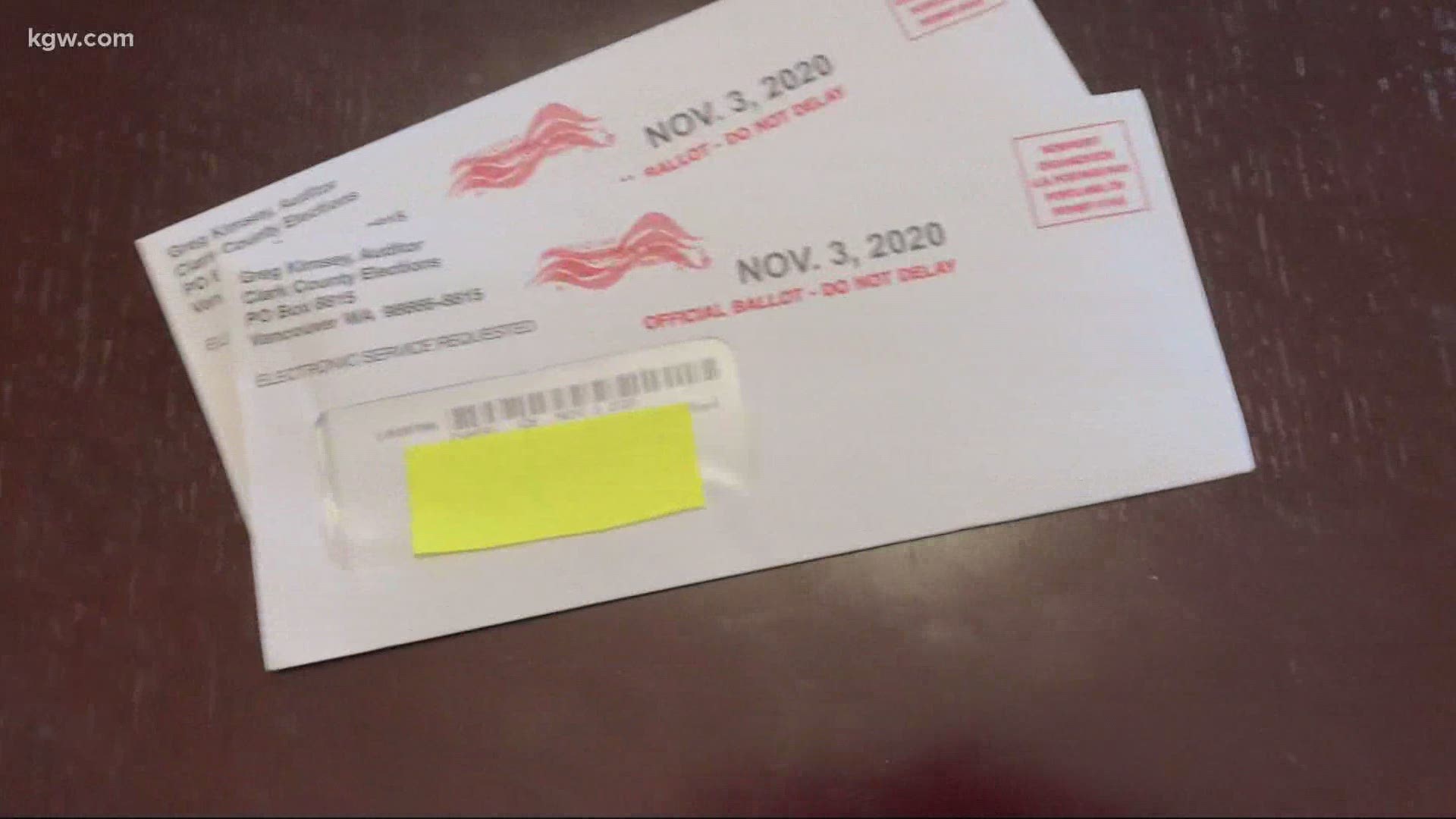 PORTLAND, Ore. — If you are a registered voter in Southwest Washington or Oregon, your ballot should have already been delivered in the mail. County elections leaders took them to the post office last week.

“The post office began delivering them last Friday and if voters don’t have their ballots today, please contact us,” said Greg Kimsey, the Clark County Auditor who is charge of elections. Clark County election’s phone number is 564-397-2345.

Washington law also allows voters to walk up to the elections office, register and vote on Election Day, as long as it all happens before 8pm.

So far, voter turnout is strong.

“Very strong. Very strong. We’re seeing, as of this morning, twice the number of ballots received in our office as those received at the same point in the last presidential election in 2016,” Kimsey said.

The ballots are already out in those counties too.

“Our concern was if you didn’t have one by the 20th, we really did want you to get ahold of us,” said Lisa Dupre from Washington County elections.

But unlike Washington state, in Oregon your ballot must arrive by 8 p.m. on Nov. 3, not just be postmarked by that date.

So if you are going to mail it, Washington County suggests doing so by next Tuesday, Oct. 27.