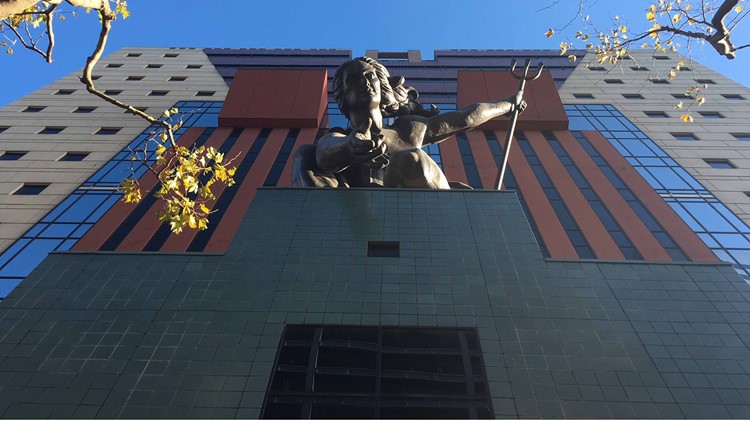 The Portland Building and the Portlandia statue. (KGW Jeff Thompson)

PORTLAND, Ore. — If Measure 26-205 passes, the city charter will be amended to allow the Portland Water Bureau to enter into and fund mutual aid agreements with other government entities, tribes or utilities after a significant natural disaster or major disruption to water-related services.

These mutual aid agreements would allow the city to help out across jurisdictional boundaries, offering "personnel, equipment or expertise" after a major emergency occurs, according to the city's explanatory statement in the voters pamphlet.

Commissioner Amanda Fritz, who sponsored the measure, uses Portland's response to Hurricane Katrina in 2005 as an argument in favor of the change to the city charter.

"After Hurricane Katrina, Portland Water Bureau staff went to New Orleans to offer assistance. It was not only the right thing to do, but also gave our Water Bureau staff valuable real-life experience on how to manage emergencies and provide safe drinking water to community members in desperate need," her argument reads.

But a judge later determined the city did not have the authority to spend Portland ratepayers' money on sending dozens of employees to help with Hurricane Katrina efforts.

Fritz says the measure would also allow other jurisdictions to help out in Portland after a major disaster, namely The Big One.

"When a major earthquake hits Portland, we will need many other jurisdictions to send skilled workers to help us out. We will need local experts with experience working in disaster situations ... when they need emergency help, our Water Bureau experts will give it – and when we need help, they will be here for us."

There is no argument in opposition to Measure 26-205 listed in the voters pamphlet. But the editorial board at The Oregonian has endorsed a "no" vote, saying the city can already use the general fund to assist other communities.

"This proposed amendment, misleadingly titled, would enshrine in the city charter the council’s ability to use restricted water bureau ratepayer money for expenses that should be covered by general fund money," the editorial board concluded. "Voters should keep a tight rein and close eye on city council’s use of ratepayers’ money and vote 'no' on Measure 26-205."

The explanatory statement confirms that stance, in part, by saying "city council would pay for any costs associated with mutual aid agreements with local jurisdictions from the general fund instead of the water fund."

Fritz contends that city council may not be able to "provide and receive prompt support" from non-local jurisdictions if the measure does not pass.

RELATED: Voters guide: Where to drop off your ballots today; key issues explained