Ballots will be mailed to voters statewide starting on Oct. 14. 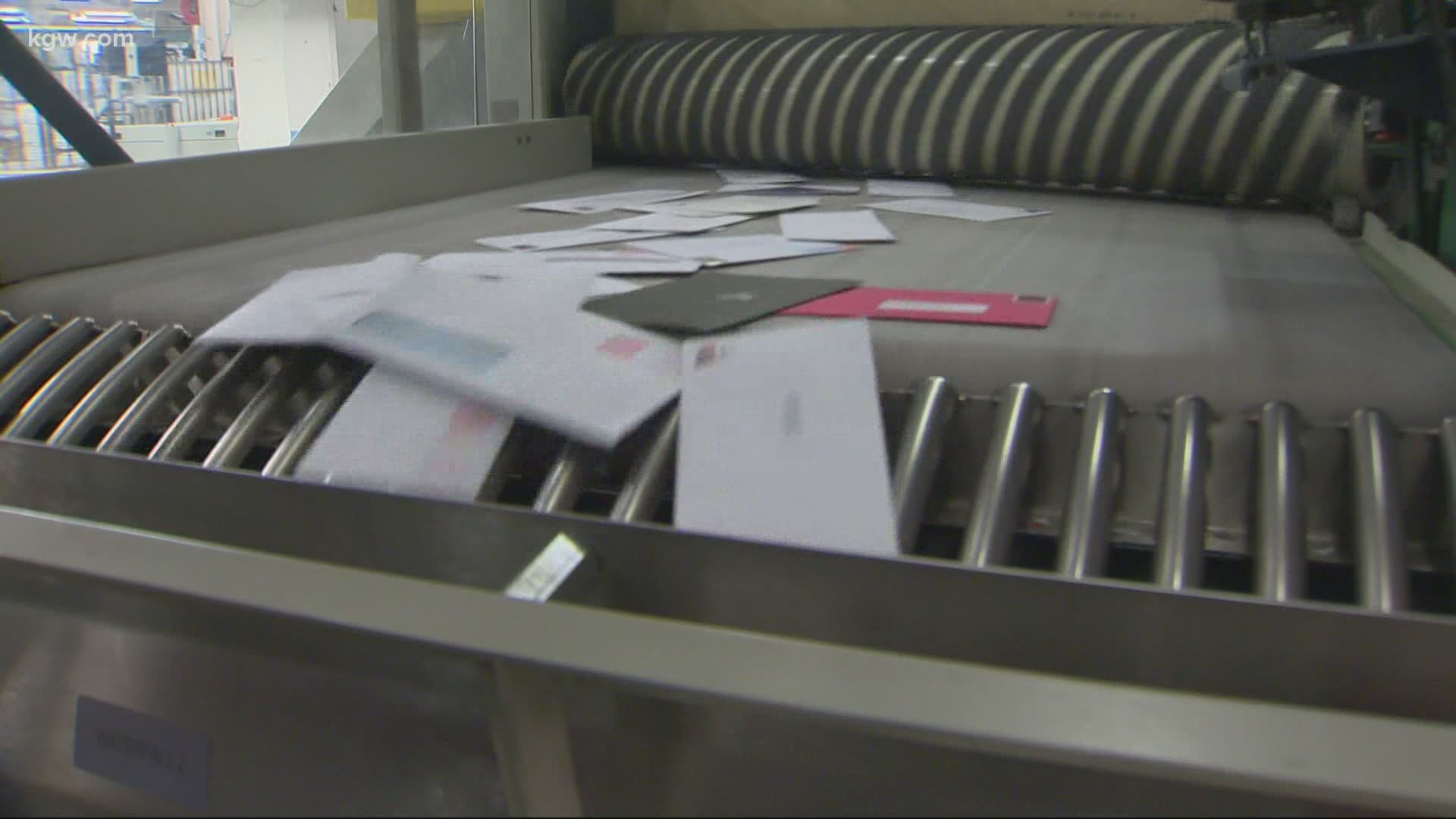 PORTLAND, Ore. — Voting is already underway in Oregon, several weeks before the Nov. 3 general election. Hundreds of military and overseas voters returned their mail-in ballots, according to election officials.

Military and overseas ballots were mailed out on Sept. 18. Once received, the ballots can be filled out and returned.

As of Wednesday, 1,498 ballots had been returned by military, overseas and absentee voters in Multnomah County.

More than 2 million ballots will be mailed statewide starting Oct. 14.

Election officials were encouraged by the early response of military and overseas voters and downplayed any concerns about possible delays with the postal system.

“I’m very confident in the post office’s ability to get ballots to people and then get those ballots back to us after they’ve voted,” said Brian Van Bergen, Yamhill County clerk.

In August, the U.S. Postal Service warned election officials in Oregon, Washington and many other states of potential mail-in ballot delays.

RELATED: Disappearing blue mailboxes, in Oregon and across the country, are nothing new, U.S. Postal Service records show

Over the past eight weeks, KGW has been testing the postal system and tracking the mail. KGW reporter Kyle Iboshi sent letters to 20 friends, family and co-workers. The letters were sent on Monday or Tuesday mornings from the same post office in Portland. Recipients reported back when the letters arrived.

RELATED: Is mail delivery slow? We sent letters across the country for the past 5 weeks to find out

To avoid any possible delays, Multnomah County changed the recommended deadline for putting ballots in the mail from five to seven days before the election. By encouraging people to send them in earlier, it ensures ballots arrive on time, explained Tim Scott, director of Multnomah County Elections.

“We wanted to make sure that whether somebody was in Yachats or in east Multnomah County, their ballot was going to get back,” said Scott. “We’re saying, in Oregon, seven days and it will get to us.”

Oct. 27 is the last day to safely return your ballot by mail in Oregon. After that date, voters must use an official drop site.