Oregon Democrats secure supermajorities in both chambers of legislature

The supermajority gives Democrats the power, without the need for Republican support, to raise taxes and pass other "bills for raising revenue" that require a three-fifths majority. 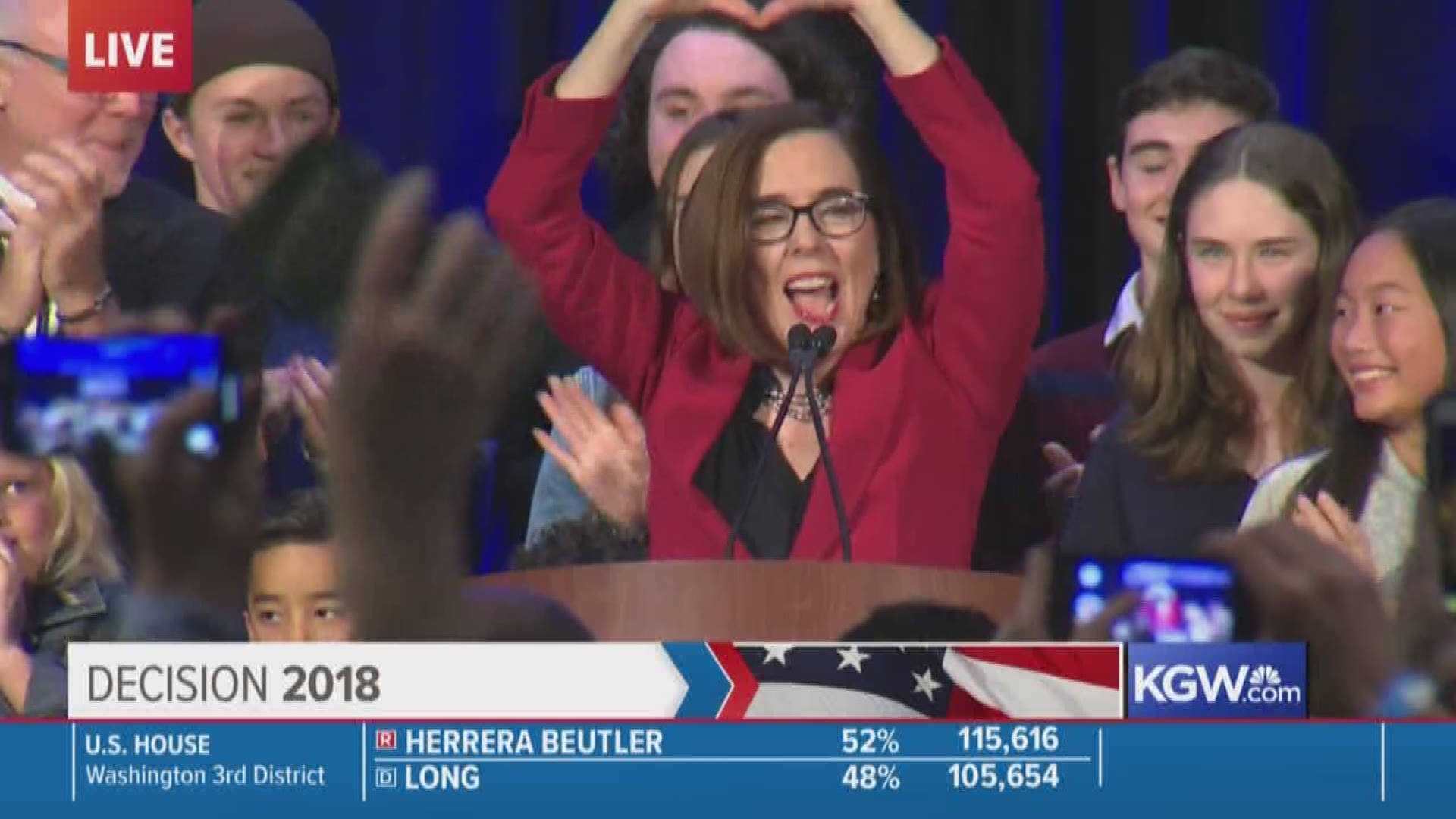 Democrats were one seat short of a supermajority in both the House and the Senate during the 2018 legislative session, and it appeared Tuesday they flipped three seats in the former and at least one in the latter.

This gives them the power to raise taxes and pass other "bills for raising revenue" that require a three-fifths majority without the need for Republican support.

Election results: Oregon's big races, the speeches and the numbers

In the Senate, Republican Jessica Gomez lost to Democrat Jeff Golden in the race to replace retiring Sen. Alan DeBoer, R-Ashland. This gives Democrats the needed 18 seats for a supermajority.

Democrats may flip a second Senate seat, but the race between Sen. Chuck Thomsen, R-Hood River, and Democrat Chrissy Reitz in District 26 was too close to call Tuesday night. Reitz led late Tuesday with 50.04 percent to Thomsen's 49.84 percent.