Rural Yamhill County has been fielding a high volume of voter questions, in part because of an increase in registered voters compared to four years ago. 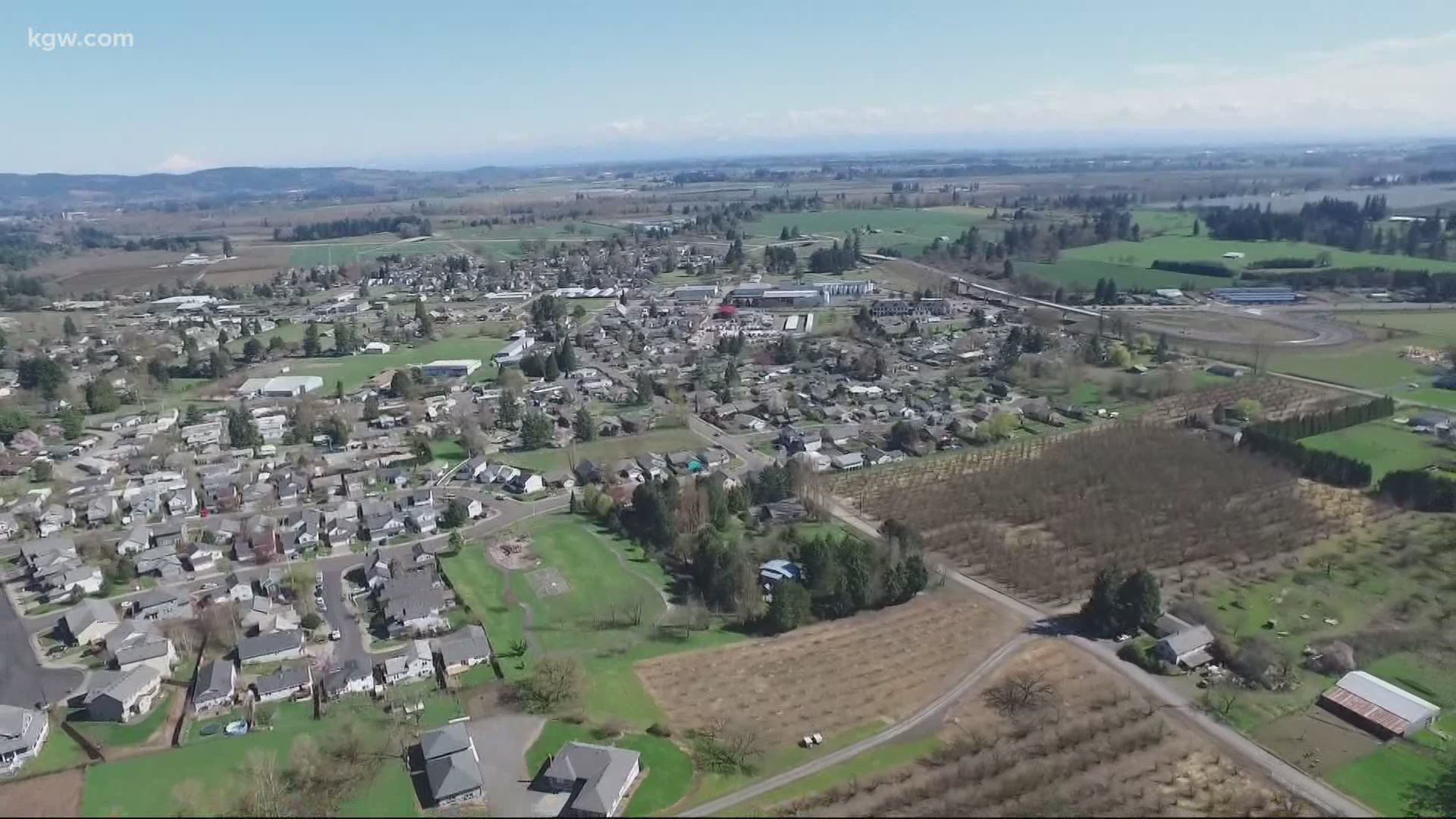 PORTLAND, Ore — From urban to rural Oregon, voters are sending in their ballots early.

Oregon is on track to experience a record-high turnout this election.

Rural elections offices, such as Yamhill County's, are swamped.

"It's been a remarkable turnout," Yamhill County Clerk Brian Van Bergen said. "We are miles ahead [of where we were in 2016]!"

"The biggest question in my mind is: Are these the same people that would normally vote, and are they just voting earlier? Or is this an indication that a lot of new people plus the regulars are going to vote?" Van Bergen said.

Like many counties, Yamhill has been fielding a high volume of voter questions; Van Bergen attributes this in part to information on social media, interest in the presidential election and the increase in registered voters compared to four years ago who aren't familiar with the process.

His office is tallying ballots with fewer temporary workers due to the pandemic.

But since those ballots are coming in early, it eases the burden for elections staff on Election Day.

It allows them to begin processing ballots early, as Tillamook County officials also pointed out.

"I know we will get hit Monday and Tuesday very hard, just as we always do," Tillamook County Clerk Tassi O'Neil said. "I don't see it being any different but luckily, yes, more have voted early, which will help us be able to get those ballots processed, and then we will have a better number to report at 8 p.m. on Election Night for our first report."

Turnout in Tillamook County is at almost 67%, which is much higher than elections past at this point. As of Friday morning, 13,808 ballots had been returned to the county.

Oregon's college classes are mainly online, meaning many students chose not to come back to campus. That could play a role in the race for Oregon's 4th congressional district in west-central Oregon.

"It's pretty impressive how much outside money has come in for both these candidates," Oregon State University history professor Chris McKnight Nichols said.

He anticipates DeFazio winning but thinks the race could get tight in the divided district. There are far more registered Democrats in the college towns of Eugene and Corvallis than Republicans but, geographically, much of the district is rural and red.

"At the margin, if it’s really close, how will the fact that we don’t have as many students in the area factor in? How will - that there’s been some outmigration from our area or that people maybe have reregistered elsewhere in the state of Oregon or not registered in the 4th district? It seems that is unlikely to have a bearing on the election but if it’s really close it just might," McKnight Nichols said.

Benton County, where Oregon State University sits, and Lane County, home to the University of Oregon, said they haven't tracked ballot returns based on age or other demographics. But having fewer students in town doesn't appear to be impacting voter turnout or registration overall. In fact, both are up.

As of Friday night, Lane County reported 177,545 ballots were returned, equaling about 65% voter turnout. County elections officials said far more ballots have been returned compared to this same point in the 2016 election.

In Benton County, there are fewer registered voters in the precinct with dorms and student living, although students live outside of the campus area as well. But as of Friday evening, more than 71% of voters in the county already voted, with 43,092 turned in.