The rally was initially scheduled to coincide with Saturday’s Senate session, but the Capitol was closed following a “possible militia threat” at the rally. 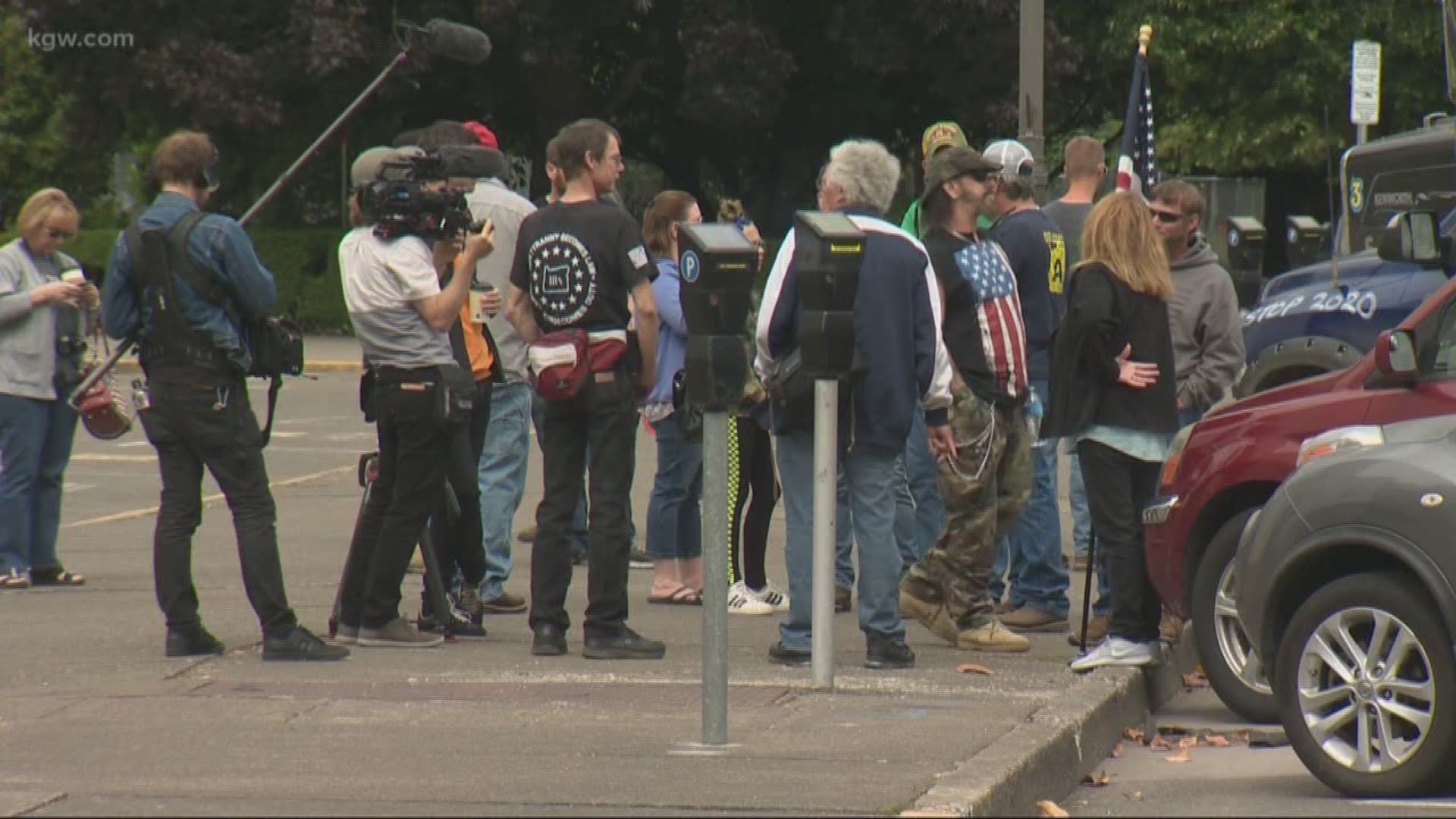 SALEM, Ore. — A few dozen people gathered outside the Capitol on Saturday to show support for Oregon Senate Republicans who have walked out in opposition to a cap-and-trade energy conservation bill.

The rally was initially scheduled to coincide with Saturday’s Senate session, but the Capitol was closed following a “possible militia threat” at the rally, according to a spokeswoman for Senate President Peter Courtney.

Oregon State Police, in a statement on Friday, said it had been "monitoring information throughout the day that indicates the safety of legislators, staff and citizen visitors could be compromised if certain threatened behaviors were realized."

Because of the cancellation, Marion County Republicans told supporters to rally instead on Sunday to voice their opposition when Democratic senators are expected to return to the Capitol.

Still, an ardent group showed up Saturday to support the 11 GOP senators who began their walkout on Thursday.

Republican state senators fled the Legislature — and some, the state — to deny the majority Democrats enough votes to take up the cap-and-trade bill, which would dramatically reduce fossil fuel emissions by 2050. It would be the second program of its kind in the nation after California if passed.

Gov. Kate Brown then dispatched the state police to round up the rogue lawmakers, but none have been located.

Earlier this week, a Republican senator from Dallas implied he would be willing to shoot troopers who came after him. Sen. Brian Boquist said if police come, they should "send bachelors and come heavily armed. I'm not going to be a political prisoner in the state of Oregon."

Democrats have an 18 to 12 majority in the chamber, but they need 20 members present for a quorum. One GOP senator recently died and has not yet been replaced.

Under the proposed cap-and-trade bill, Oregon would put an overall limit on greenhouse gas emissions and auction off pollution "allowances" for each ton of carbon industries plan to emit. The legislation would lower that cap over time to encourage businesses to move away from fossil fuels: The state would reduce emissions to 45% below 1990 levels by 2035 and 80% below 1990 levels by 2050.

Those opposed to the cap-and-trade plan say it would exacerbate a growing divide between the liberal, urban parts of the state and the rural areas. The plan would increase the cost of fuel, damaging small business, truckers and the logging industry, they say.

California has had for a decade an economy-wide cap and trade policy like the one Oregon is considering. Nine northeastern states have more limited cap-and-trade programs that target only the power sector.

Watch: What is cap and trade?