Oregon Sen. Brian Boquist made threatening statements to the Senate President and about Oregon State Police during the June walkout over an energy conservation bill. 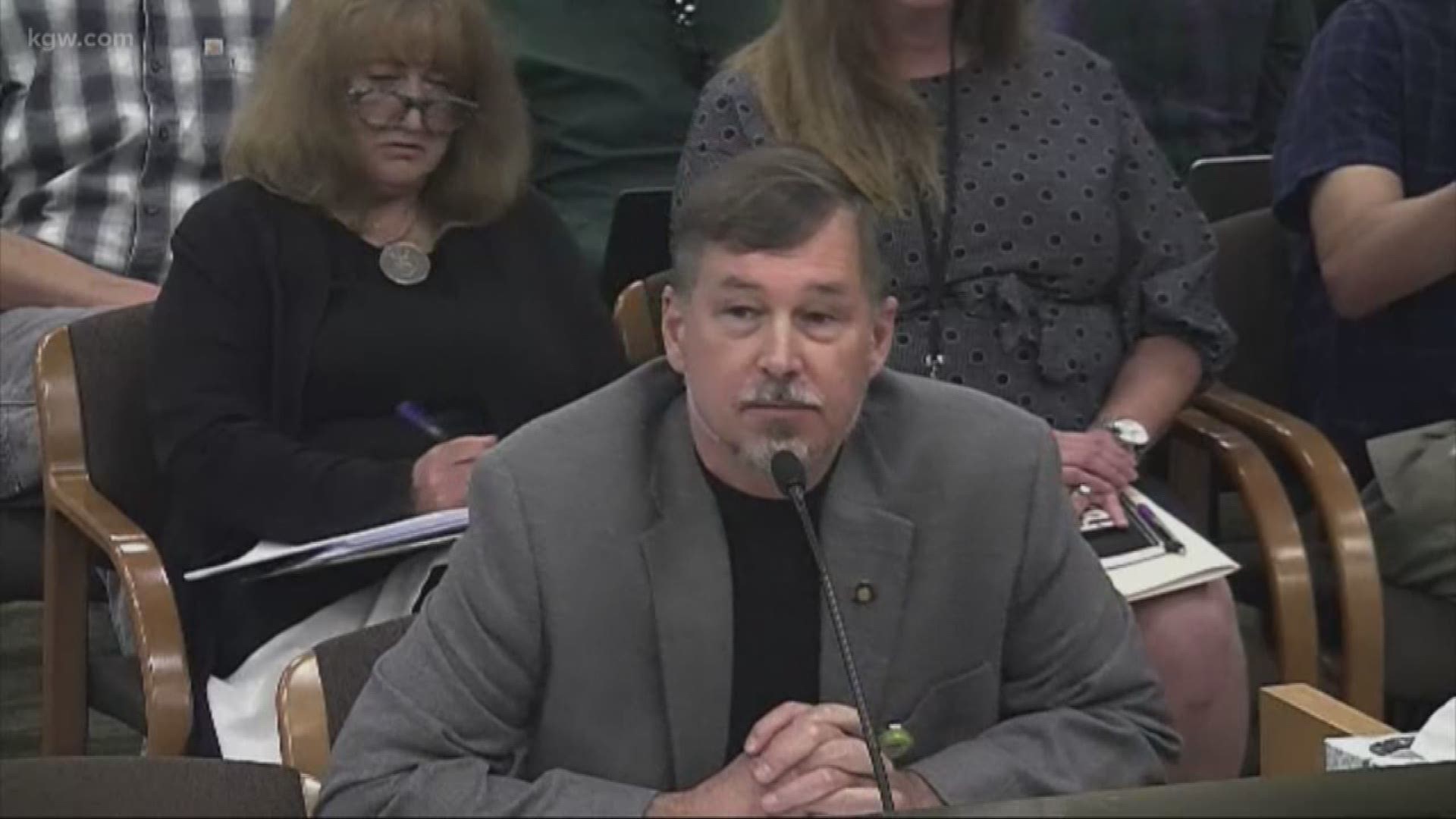 SALEM, Ore. — An Oregon Senate Special Committee on Conduct voted unanimously on a motion Monday that will increase the number of Oregon State Police troopers at the state Capitol when Republican Senator Brian Boquist is in the building.

Boquist made threatening comments to Senate President Peter Courtney and about the Oregon State Police during last month's GOP walkout over HB 2020, a cap-and-trade energy conservation bill that ultimately failed to pass in the Senate.

The four-person committee, comprised of two Democratic senators and two Republican senators, voted unanimously on a motion that established the following guidelines:

Reports were filed in the Senate against Boquist because of threatening comments he made last month. The first comment was directed at Courtney on the Senate floor. "If you send the state police after me," Boquist told Courtney on June 19, "Hell's coming to get you."

Courtney later asked Gov. Kate Brown, a fellow Democrat, to order the state police to bring the Republicans back so the Senate could reach a quorum. When Brown did so, the GOP senators fled the state.

An outside law firm was asked to look into these comments. The law firm issued a memo saying the comments constituted "credible threats of violence directed at the Senate president and the Oregon State Police." The memo also said, "reports are that people are fearful and scared to come to work."

As a result, the law firm recommended that Boquist be removed from the workplace.

At Monday's hearing, the Special Committee on Conduct reviewed the law firm's findings, as well as dozens of letters people submitted in support of Boquist, and documents Boquist submitted himself.

Boquist also testified before the committee during the hearing. He questioned the legality of Gov. Brown calling on law enforcement to locate the missing senators during the walkout, and also announced he has filed a lawsuit in federal court and a civil lawsuit against Courtney.

Boquist finished his testimony by saying, "I look forward to seeing you in court."

Pacific University political scientist Jim Moore had said Sunday that he was skeptical anything would happen during the hearing.

"If something's going to happen with Boquist, it would have to be a lot of evidence, [and] the Republicans would have to be virtually unanimous on it as well, and then he would leave," Moore said. "And at this point, this seems way too political for that to happen."

Moore noted that if the committee were to make a recommendation for Boquist to be reprimanded or expelled, the entire Senate would have to vote on it.

"I have a feeling the committee is going to be under a fair amount of pressure, unless there's some really strong stuff, to say we just need to move beyond this," Moore said.