As expected, there was a divide among those who spoke about the bill, which has become a political point of contention. 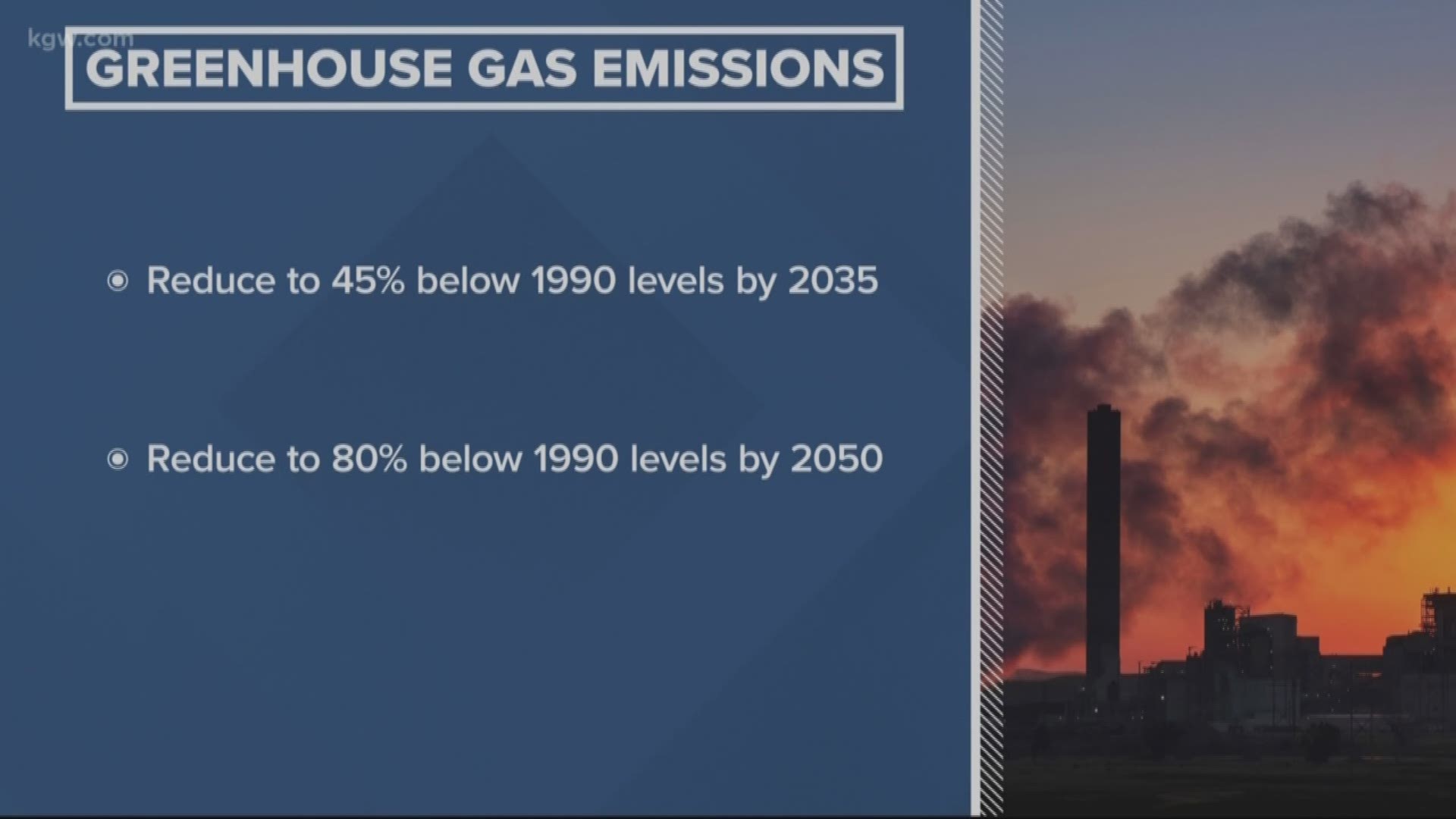 SALEM, Ore. — So many people flocked to the Oregon State Capitol to testify Saturday at a public hearing on a climate change bill that the allotted time for each to speak was reduced to 90 seconds.

As a large screen in Hearing Room C showed the seconds ticking off, loggers expressed concern that the bill would lead to increased costs and the demise of their business. Others, taking turns at occupying three seats before the Senate Committee On Environment and Natural Resources, said global warming was an emergency that was already affecting them and would affect their children and grandchildren even worse.

“Rather than passing the buck, and demanding that the rest of the nation and world take care of us, we have a moral obligation to address our emissions,” Alan Journet, who lives in Jacksonville, a town of 2,700 in southern Oregon, said in written testimony on behalf of 1,500 rural Oregonians who are members of a group called Southern Oregon Climate Action Now.

The so-called cap-and-trade bill calls for the state to reduce greenhouse gas emissions to at least 45% below 1990 emissions levels by 2035 and to at least 80% below by 2050. The bill would force big greenhouse gas emitters to obtain credits for each metric ton of carbon dioxide they emit. Opponents say fossil fuel companies will wind up offloading increased costs to customers.

Credit: KGW
Goal to cut down on greenhouse gas emissions with cap and trade bill

“Applying a carbon tax to Oregon citizens is a poorly disguised strategy to extract huge sales tax amounts from residents,” Nolan Nelson of Eugene said in written testimony ahead of Saturday's hearing.

At least 150 people signed up to testify, many showing their positions on T-shirts. Opponents often wore Timber Unity shirts. The group on Thursday staged a protest outside the Capitol, with a procession of trucks blasting their horns, to protest the bill.

1 / 6
KGW
#TimberUnity supporters gathered in Salem on February 6, 2020, to rally against a cap-and-trade bill supported by the majority Democratic state legislature.

A demonstration in support of the bill, with an expected attendance of over 1,000, is planned for Tuesday at the Capitol, according to Renew Oregon.

Backers of the measure, including many students, wore shirts to Saturday's hearing saying “Clean energy jobs,” and “I'll be 30 when my climate fate is sealed,” a reference to some predictions that a tipping point may be reached in a few years.

RELATED: Demonstrations for and against cap and trade show divide across Oregon

Proponents of the bill say the climate crisis will affect everyone as it gets worse.

NASA says that in the absence of major action to reduce emissions, global temperature is on track to rise by an average of 10.8 degrees Fahrenheit (6 Celsius), citing the latest estimates.

“Because climate change is a truly global, complex problem with economic, social, political and moral ramifications, the solution will require both a globally-coordinated response (such as international policies and agreements between countries, a push to cleaner forms of energy) and local efforts on the city- and regional-level (for example, public transport upgrades, energy efficiency improvements, sustainable city planning, etc.),” NASA says on its climate website.